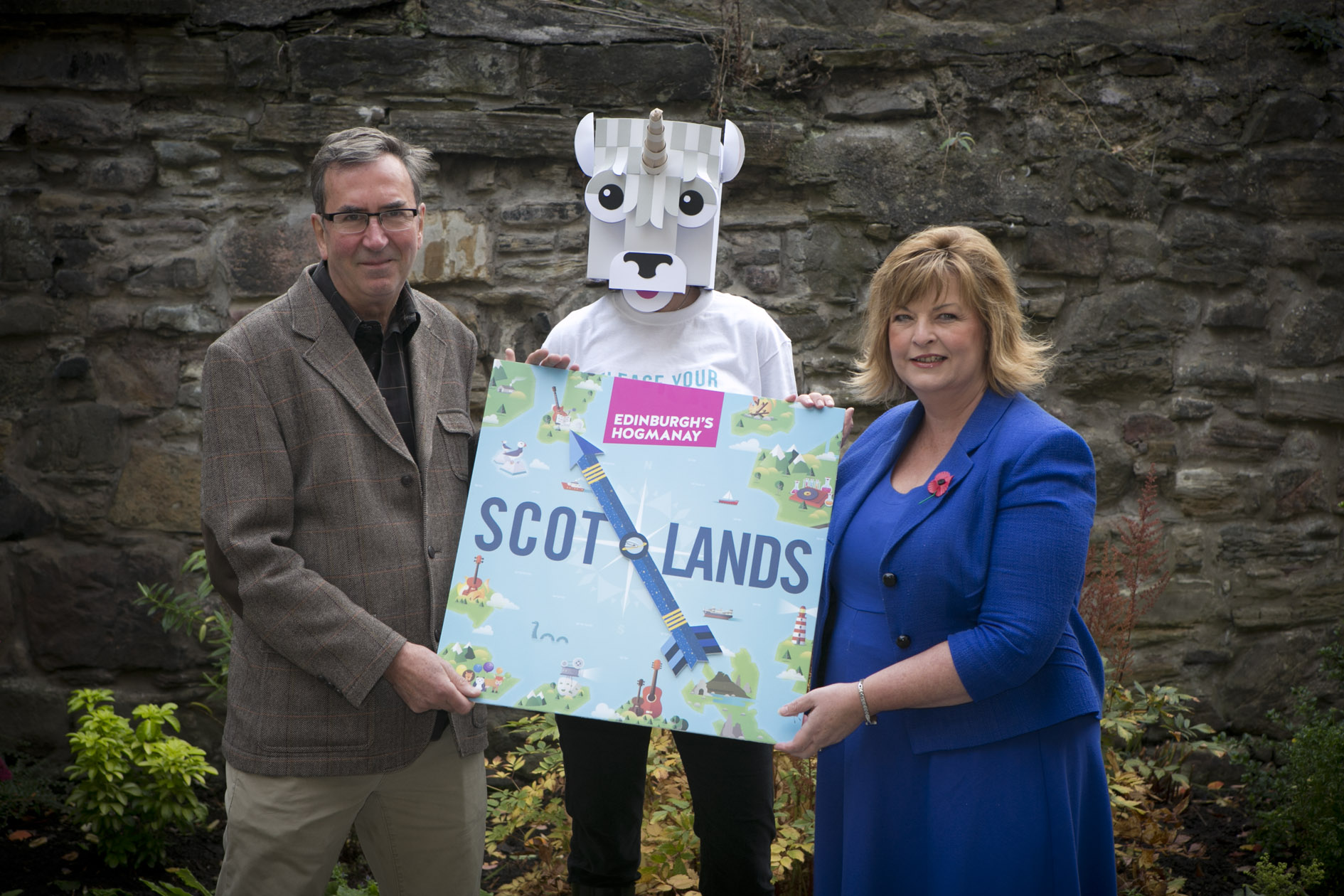 On the first day of the year it is no longer any problem finding something to entertain you and your nearest and dearest, if you live in Edinburgh.

Leave those who wish to linger in their beds at home and get out to Scot:Lands now described as a Festival within a Festival.

The all-important element of chance returns again this year, as audiences ‘check in’ at the Departure Lounge in the University of Edinburgh’s Old College, before spinning a compass to discover their first destination on a randomly, tantalisingly selected, unpredictable journey through eleven hidden Edinburgh Old Town venues – some familiar and some unknown and rarely accessible to the public.

They might alight on Blazin:Land, presented by renowned fiddle collective Blazin’ Fiddles who will be joined by some very special guests including Rachel Sermanni and Adam Holmes; or be transported to the Isle of Skye in Blue Skye:Land where they will be treated to captivating musical and performance pieces including the UK premiere of a collaboration between beatboxer Jason Singh and Gaelic vocalist Anne Martin. Sea Bird:Land will introduce a reconfigured live performance of Dalziel + Scullion’s mesmerising, multi-media art installation, Tumadh is Turas: Immersion & Journey, in a hauntingly atmospheric venue with a live soundtrack from Aidan O’Rourke, Graeme Stephen and John Blease.

Elsewhere Coorie-In:Land will introduce an exhilarating menu of lyrical delight and artsy mischief curated by Edinburgh literary duo Rally & Broad;  Licht:Land will offer a celebration of light at the gateway to the New Year with puppetry, live music and storytelling while Lyrical:Land will bring together some of Scotland’s foremost singer/songwriters with intimate performances from Kathryn Joseph, Mercury Prize nominated C Duncan, Roddy Woomble and poet Michael Pedersen amongst others. Cine:Land will mark 70 pioneering years of the Edinburgh International Film Festival with a labyrinth of mini-cinemas showing award-winning short films in a celebration of Scotland on the big screen; and Glasgow’s Chemikal Underground will celebrate their 20th anniversary in Chemikal:Land featuring live performances from R M Hubbert, Emma Pollock and Miaoux Miaoux.   Curious Seed will create a mesmerising, immersive and improvised new dance work for the turn of the year, which will be accompanied by live music from Luke Sutherland in d’Arc:Land and dropping in from Aviemore The Insider Festival will recreate the essence of an outdoor festival in an indoor venue – Insider:Land – with a distillation of music, food and drink from the Inver Restaurant and performances from Admiral Fallow, Blue Rose Code, Findlay Napier and BEAM.

For the first time, a Land has been specially created for families and children under 10.  WeeScot:Land will offer a theatre show as well as arts and crafts, balloons, face-painting, storytelling, music and street performance in the most unexpected forms at the National Museum of Scotland, presented by Festival partners Pleasance KidZone and National Museums Scotland.

At the end of the afternoon, as all other Lands draw to a close, audiences are invited to come, or come back to, the National Museum of Scotland for The Final Fling, the closing event of Edinburgh’s Hogmanay 2015/16 with music and Ceilidh Callers from Edinburgh’s top ceilidh outfit, the Portobello Ceilidh Band.

Scot:Lands has become increasingly popular every year, but places are limited.   Tickets are free and from today, Monday 2 November 2015, are available from www.edinburghshogmanay.com.

Edinburgh’s Hogmanay is a three day Festival and starts on Wednesday 30 December with the Torchlight Procession.  On Thursday 31 December the world famous Street Party, Concert in the Gardens and Old Town Ceilidh will welcome 75,000 revellers to the city centre, and in addition to Scot:Lands on Friday 1 January, the Stoats Loony Dook will see over 1000 Dookers take a chilly dip in the River Forth under the shadow of the world famous Bridges.  Edinburgh’s Hogmanay is a key part of Scotland’s Winter Festivals celebrations.

Tickets for Scot:Lands, which are free, are available from www.edinburghshogmanay.com.  Tickets for Edinburgh’s Hogmanay Concert in the Gardens are already sold-out. Tickets for the world famous Street Party, The Old Town Ceilidh, and pre-booked Torches for the Torchlight Procession, are on sale now from www.edinburghshogmanay.com, by calling Edinburgh’s Hogmanay Box Office on 0844 573 8455 or by calling into the Hogmanay Box Office at The Fringe Office, 180 High Street, Edinburgh. Street Party tickets are priced at £25.00 (including booking fee).  Early bird tickets for EH postcode residents are still available at £19.00 (including booking fee).   Old Town Ceilidh Tickets are priced at £45.00 (including Booking Fee).  Torches for the Torchlight procession can be pre-booked (priced at £10.00) and registration for the Stoats Loony Dook is also open (£10.00 including booking fee and 10% donation to the South Queensferry branch of the RNLI).

Edinburgh’s Hogmanay is produced on behalf of the City of Edinburgh Council by Unique Events, working with partners Underbelly who present Edinburgh’s Christmas attractions and events.