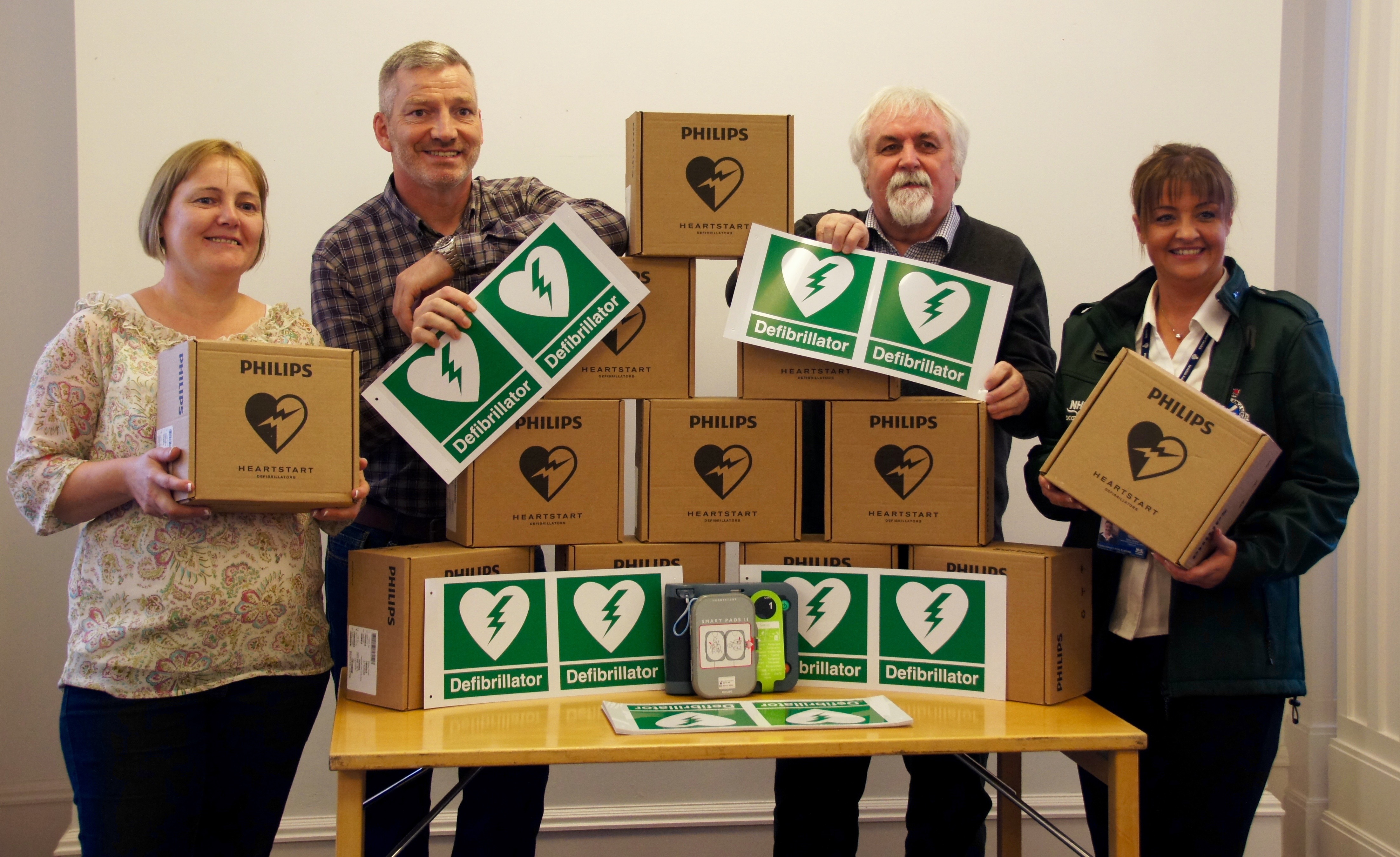 The Edinburgh Reporter met up with Kevin Finlay from Kids in the Street recently at the ‘graduation ceremony’ being held in the White House in Craigmillar. People from local groups were presented with their certificates to show they are now trained to use the twelve defibrillators which have been purchased and distributed to organisations in the area.

Craigmillar Castle Regeneration Group (CCRG)  asked builders involved in local developments to sink funds into a community chest for use in the local area. Chair of CCRG Norrie Davies thought it would be a good idea to get some defibrillators for the wide variety of organisations and venues in Craigmillar.

The move followed a tragedy last Christmas when teenager Jamie Skinner died following a cardiac arrest on a city football pitch, and since then there has been a focus on obtaining the life-saving equipment and training locals to use it across the city.

We attended earlier this month when those who attended the training course were being awarded their certificates and the defibrillators themselves were being handed out.