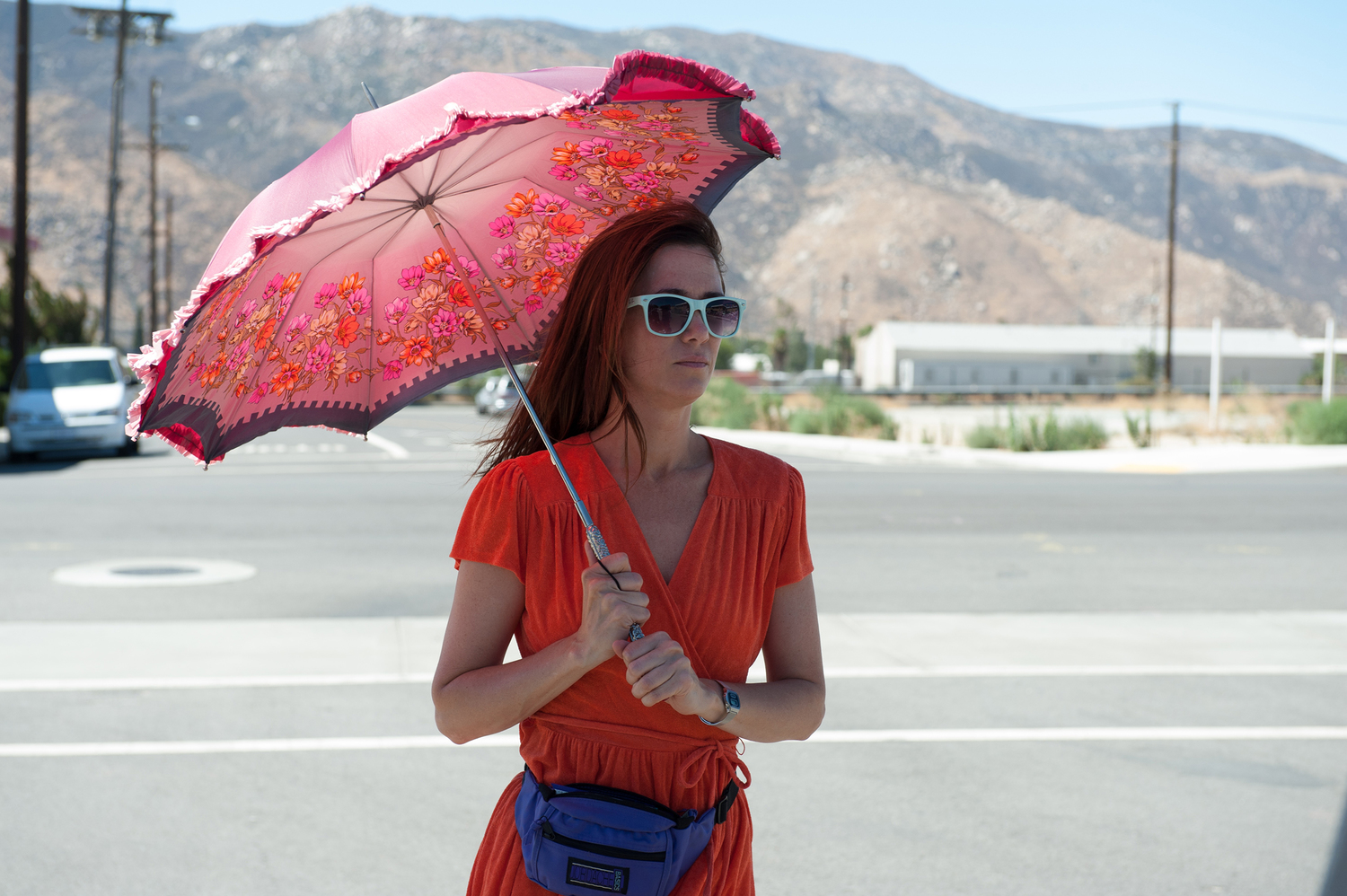 For Alice, years of watching Oprah re-runs and playing the lottery seem to pay off when she wins a cool $86 million jackpot. A sufferer of borderline personality disorder, she quits her meds, stops meeting her psychiatrist and embarks on a whole new adventure starring in her own daytime talk show.

Kristen Wiig now seems to be the go-to girl for dark comedy. With another film of a similar genre, The Diary of a Teenage Girl (essentially a paedophilic comedy), playing at Edinburgh this year and with the simply brilliant The Skeleton Twins being part of last year’s lineup, she seems to be drawn to characters with an emotional complex. This is by no means a complaint. Wiig’s almost distant dialogue delivery means she has the kind of spaced out detachment that her characters need. Welcome to Me is no different; she does a fine job even if it feels as though she isn’t really stretched.

The sad subtext to Welcome to Me’s script is how exploitative those around Alice seem to be. With the TV network running out money, she happily signs a $15 million cheque to confirm a 100 episode run of her talk show. When it doesn’t look how she wants it to (she demands it looks more like Oprah), she foots the bill once again. Mix in the numerous on stage breakdowns and her complete disregard to the plight of those around her, and the depressing face of Welcome to Me is shown. Its comedic turns are still very, very slight. It’s more the peculiarity we can laugh at, whether that’s her demands for her entry riding a mechanical swan or her cycling segways in to the next slot, it raises a smile but barely hits your gut.

Welcome to Me seems to be purposely, painfully tragic. A sauntering, slightly silly dark comedy dealing with issues that need to be addressed, it falls short of the provocative hystericism (whether that’s emotional or comedic) that would make it truly memorable.

Welcome to Me has its European premiere at the Edinburgh International Film Festival 2015. Ticketing information can be found here.