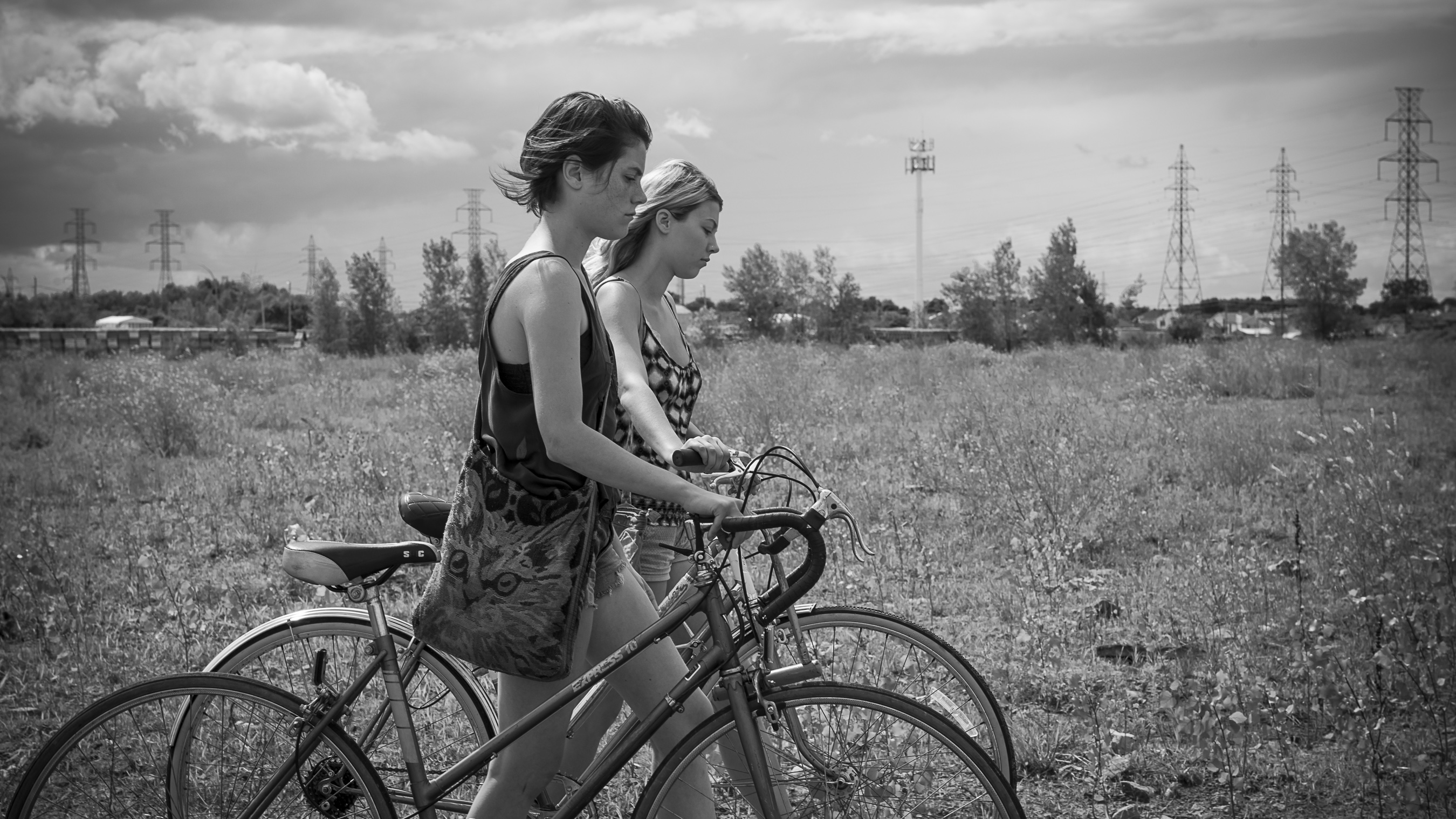 It’s been ages since Nicole had the house to herself. Now, with her parents away on vacation she’s decided to spend the summer lazing around aimlessly with her best friend. Things couldn’t be better, until she realises her brother’s band have taken up the family front room as their new recording space. With the clash of drums in her head, a monotonous job and a ten year old kid destined to grab her heart, summer may not turn out exactly as she had hoped.

Nicole’s summer is set off on a positive note with the arrival of a credit card; something she is totally oblivious to the consequences of. This lack of understanding sets off a chain reaction of unfortunate events in her life that make up most of Tu dors Nicole’s moments of comic relief. There’s some superb performances, too. Julianne Côté plays the titular role with a brilliant natural effort and her supporting cast help create the almost insular and bemused world she lives in.

There is no denying that the characters and deep black and white style of Tu dors Nicole will draw comparisons to Baumbach’s Frances Ha. For the first few moments, this is almost undeniable, but as it sets off on its own thematic path things gain clarity and start to detach themselves from the Baumbach styling that is glaringly obvious. Lafleur adds her own stamp on things. A notable favourite? Martin – a ten year old kid Nicole used to babysit who, after his voice drops, assumes he has a chance with the girl over twice his age. His exaggerated, Barry White baritone and charming vocabulary (“The heart has no age!”) makes every one of his appearances a highlight in already breezy film.