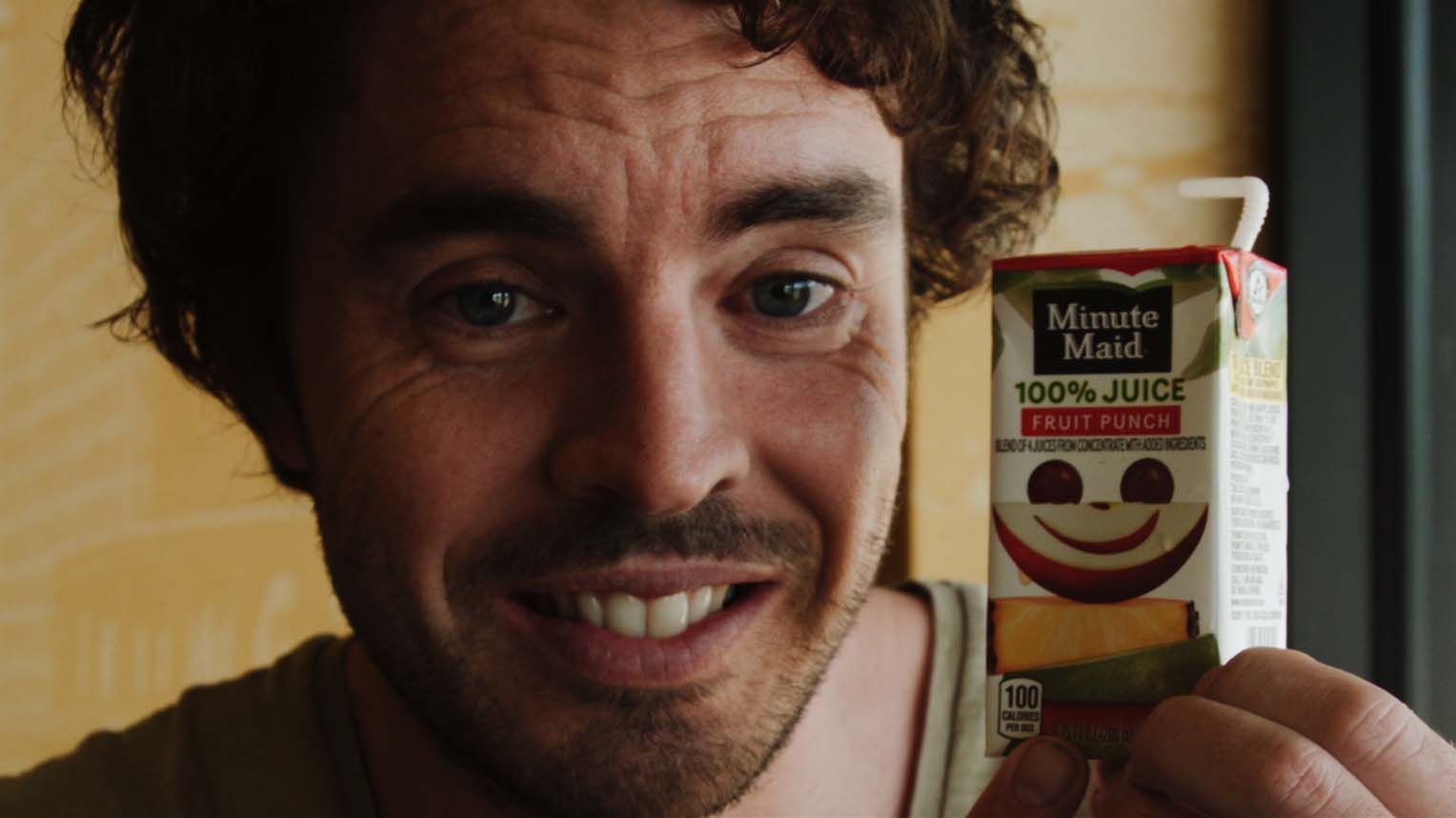 If you are to look at your diet today, it is fair to say most people see where changes need to be made. Maybe you need to cut out one of the four coffees you drink a day? Maybe you should leave out that doughnut at lunch? While most of us trying to swap the fat-filled fructose treats for granola bars, there is one man intent on showing you that there is simply no way to live your life without feeling bad about it.

A man who cut sugar out of his life three years ago sets himself up on a supposedly ‘healthy’ diet, consuming the average consumed amount of 40 teaspoons of sugar per day.

Director/writer/all-round main star Damon Gameau has used his own apparent achievement of cutting out refined sugar to trape around the globe and point out others who should be doing the same. Enlisting the odd help of Hugh Jackman and Stephen Fry as child friendly spokespeople, he has put together a film that feels like an overly long, ninety plus minute educational tool. But there is little education to That Sugar Film; instead becoming more of a condescending, painfully staged piece on why sugar is so bad and not showing any real resolution.

The film feels as though it has injected caramel into its thirsty veins. There’s an obvious plot comparison here: Super Size Me. While that was a piece that justified its scaremongering tactics, the fear here stems from fast edited shots of large behinds and overweight children eating ice cream. There are only a couple of moments where the effects ring true. An encounter with a seventeen year old Kentucky boy who was near enough weaned on Mountain Dew makes for excruciating viewing, while the refined sugar obsessed Aborigines and their attempts to combat their own problems gives another dimension to what is otherwise a film almost entirely about its director. Gameau’s tactics are wholly ineffective; showing his ‘hyperactivity’ by jumping up and down and delivering psychoactive ticks directly down the camera lens. Super Size Me shocked people into thinking twice about fast food; That Sugar Film convinces you to go out and buy a Snickers.

Condescending, crass and painfully egotistical, Gameau’s attempts to educate the world on sugar in our diets backfires gloriously.

That Sugar Film has its UK premiere at the Edinburgh International Film Festival 2015. More information can be found on the EIFF website here.