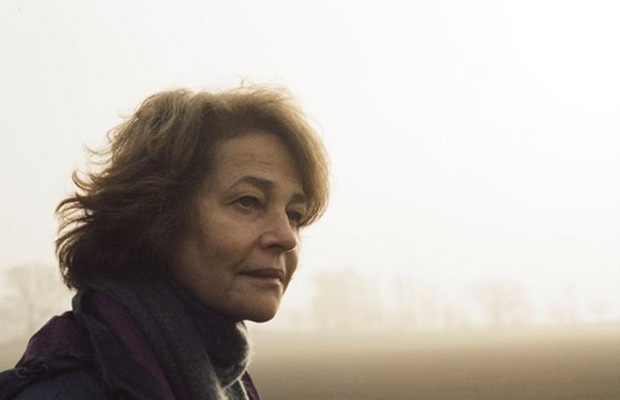 Last night signaled the end of the Edinburgh International Film Festival’s 69th year. The first with film critic Mark Adams at the helm, the festival seemed to be a stable, accessible success with a rare, solid opening and closing film and a programme brimming with big names. There was, however, something that was seriously missed: a masterpiece of Edinburgh’s own. Word of their greatest features (Asif Kapadia’s Amy to name one of a few) had stemmed from their previous premieres elsewhere, but nothing seemed to arrive in the capital and create a name of its own. In previous years, we’ve seen Miguel Gomes’ Tabu, Bart Layton’s The Imposter and Lucien Castaing-Taylor’s Leviathan. All masterpieces in their own right, and benefiting from the wonders of word of mouth in their Scottish festival run.

This year, these were replaced with Sundance born, audience friendly comedies and award-bait. We can’t really complain though; Adams grabbed some real belters (notably The Diary of a Teenage Girl, The Wolfpack and The Stanford Prison Experiment) that went down with applauses from pretty much sold out shows.

For the first time in a while, audience numbers may have risen (Edinburgh was trumped by Glasgow earlier in the year as having the most admissions for a Scottish film festival), but we’d ask Adams to remember Edinburgh’s strong affinity with art house. It was sorely missed this year.

Regardless, here are our top five films of the 69th Edinburgh International Film Festival. In theory, everything is bumped down a couple of notches with Asif Kapadia’s Amy and Pete Docter/Ronnie del Carmen’s Inside Out taking first and second place. But, as we had seen those both in Cannes we’re ruling them out to give some smaller films a bigger chance. 1. 45 Years (Andrew Haigh, 2015)
Fresh from its highly lauded debut at the Berlinale in February, Andrew Haigh’s intimate and devastating relationship drama had its UK premiere in the festival’s first week. Tom Courtenay and the exquisite Charlotte Rampling are perfect as a couple struggling to keep things together in the midst of a huge revelation that Courtenay’s character has kept under lock and key for years. Rampling managed to nab the acting prize and the film itself won the much coveted Michael Powell Award for Best British film. In an EIFF programme that seemed to feature a shed load of strong Brit cinema, 45 Years stood head and shoulders above the rest as a tragic, sombre masterpiece; easily taking the top spot of our EIFF 2015 list.

2. Dope (Rick Famuyiwa, 2015)
Rick Famuyiwa’s slick and well dressed look into the lives of the three intellectual teens living in a suburb driven by street cred and drug gangs was a delight from the get go. Shameik Moore’s irrefutably charismatic central performance works well, and is twice as impressive as its his first role in any feature film. Count in an ingenious sense of humour, an awesome soundtrack and some surprisingly good supporting performances (A$AP, we see you!) and you have a teen comedy with the DNA of a cult classic. 3. You’re Ugly Too (Mark Noonan, 2015)
Perhaps our most surprising film of the festival, Mark Noonan’s lovely directorial debut makes exquisite use of its two leads, Game of Thrones’ Aiden Gillen and newcomer Lauren Kinsella. A deft, fly on the wall insight into the life of an uncle and his niece and the devastating circumstances that lead them to reunite, it has echoes of Clio Barnard’s masterful visions of broken families. The tangibility of Gillen and Kinsella’s emotional connection makes this a totally charming and perfectly paced watch. Noonan has just become one of Ireland’s most valuable film-making talents. 4. The Stanford Prison Experiment (Kyle Patrick Alvarez, 2015)
A gritty and claustrophobic vision of blurred ethical lines, The Stanford Prison Experiment looks into the real life study conducted in 1970’s California. With a dozen or so students enlisted to act as either prisoners or guards in a simulated prison experience, it’s a riveting, explosive piece of work that remains utterly beguiling as it unravels. Supporting star Ezra Miller is the antagonistic central force, and he’s accompanied by a pack of influenced young folks who collaboratively make this a strong contender for thriller of the year. 5. Prophet’s Prey (Amy Berg, 2015)
Amy Berg makes her return to the director’s chair with this shocking, uncomfortable and wildly effective piece of work. Looking at the lives of the thousands of FLDS citizens living in seclusion under the watchful eye of a most-wanted criminal, Berg uses some of the people who are well in the know on the subject to tell this formidable tale. Once again, Disarming Films have created a film so stark, uncompromising and brutally brave that you will never tear your eyes from the screen.