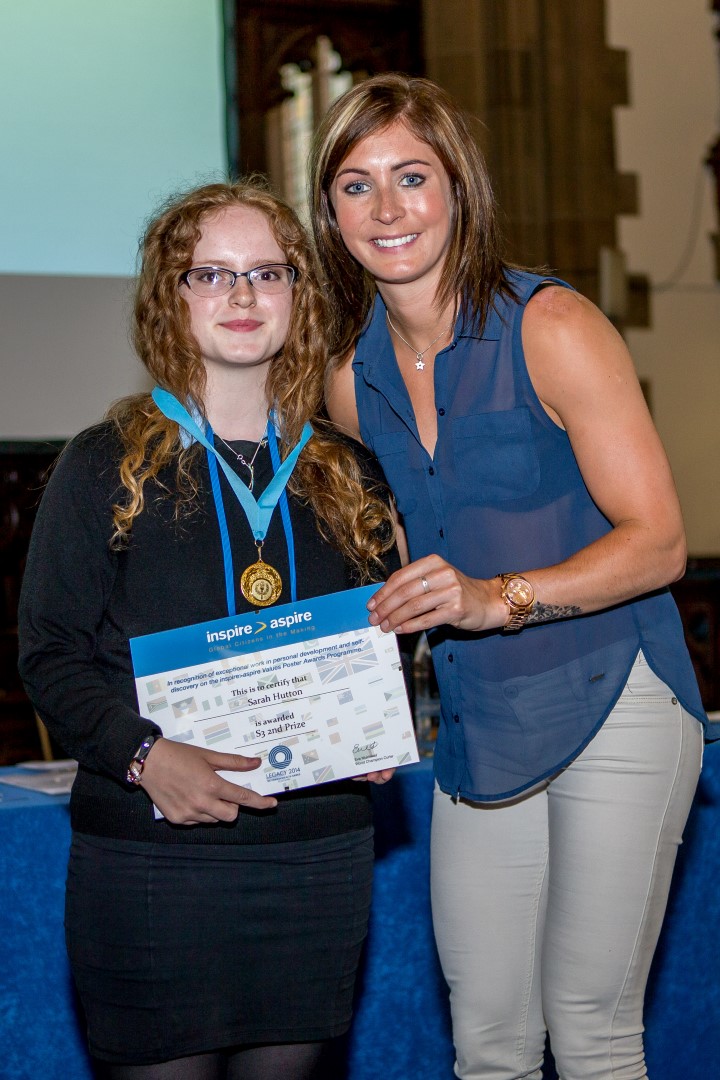 World Champion Curler, Eve Muirhead, awarded more the 80 gold medals to some of the nation’s most inspiring school pupils at the showcase award ceremony for Scotland’s biggest educational supporting legacy project in the Bute Hall, University of Glasgow.

The inspire>aspire National Awards Ceremony earlier this week brought to a close the three-year ‘Global Citizens in the Making’ project, which inspired 100,000 pupils in 58 Commonwealth Nations and Territories.

Over the three-years, more than 300 schools in Scotland from all 32 local authorities participated in the project which asks pupils to use the inspiration of the Glasgow 2014 Commonwealth Games and consider their own aspirations and ambitions as global citizens. The programme originates in Scotland and many schools have connected classrooms with other Commonwealth nations.

More than 80 National Finalists were awarded gold medals for their exceptional work throughout the academic year. During the awards presenter Eve Muirhead’s keynote, she used her own story of success to emphasise the importance of identifying goals at a young age and using inspiration to achieve these. In the Secondary awards, Sarah Hutton of Gracemount High School (photographed above) won 2nd Prize for S3 whilst Helena Cassels took out 1st Prize in the S1 category.

Catherine Stilher, MEP and Rector of St Andrews University was among the judges this year and said:

“What I have experienced today is inspiring and enlightening. To learn from young people about their experiences and how they see the world helps me understand better the challenges that young people face today.

“I think this exercise should be conducted with politicians. Perhaps we would make better decisions!”

“Tuesday’s award ceremony showcased the work of only a fraction of the inspiring young people who have participated in this project.

“Our ambition with this project was to use the opportunity of Glasgow 2014 to create a generation of active, connected global citizens and we believe that over the three years, we have successfully contributed to the legacy of the games both at home and abroad.

“It is a privilege to gain this personal insight into our young people and I urge you to go on our website and view this work – our young global citizens will inspire you!”