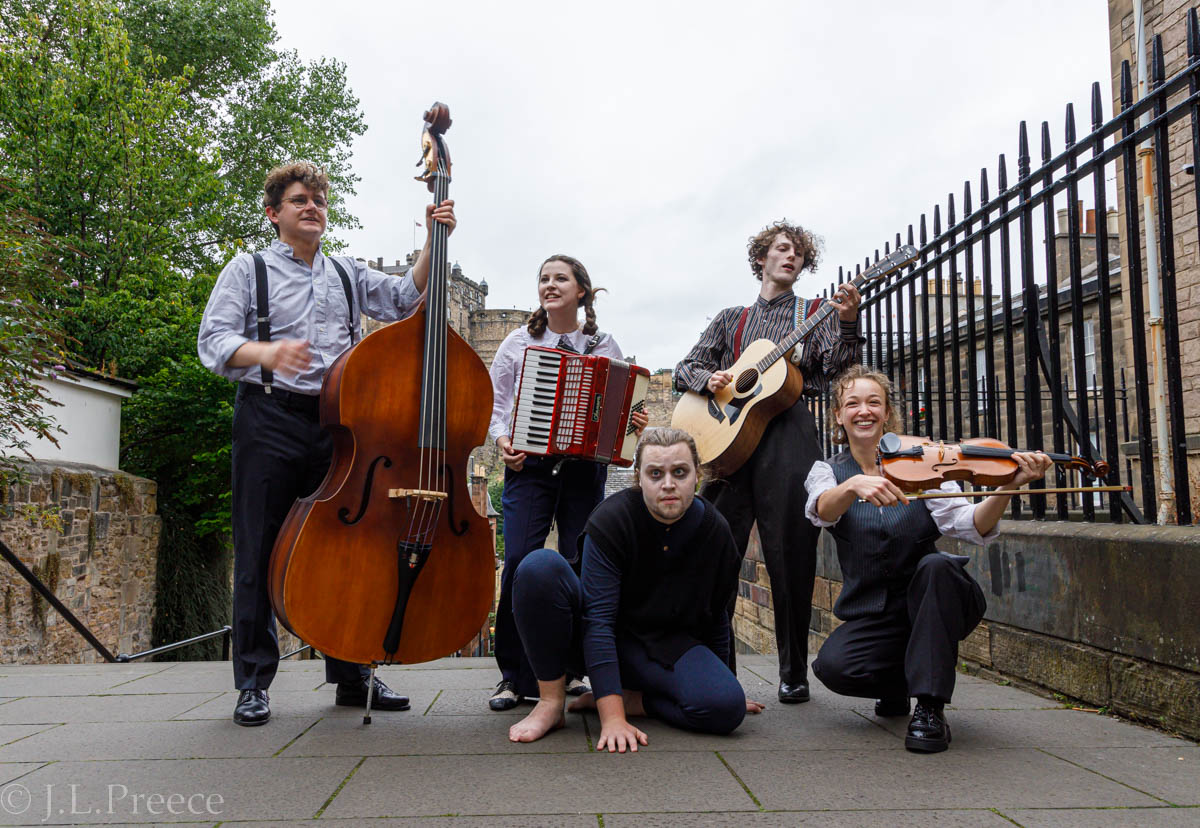 ‘Caligari’ reimagines the 1920 seminal German film ‘The Cabinet of Dr. Caligari’, with a cast of five actor-musicians taking the stage to tell the victims’ stories of their brutal murders at the hands of Dr. Caligari and his faithful somnambulist Cesare.

‘Caligari’ embraces the long shadows and broad brushstrokes of German expressionism, exposing parallels between post-war Weimar Germany and the UK today; an ever-widening class divide, the subconscious invitation for a tyrant to seize power, and an unwillingness to rebel against deranged authority. The film’s allegorical and highly stylised nature has inspired this new interpretation of the classic and powerfully symbolic story.

The band of actor-musicians will channel the themes of the film’s score into original carnival-esque music performed live on stage, constituted of a variation of instruments including flute, guitar, violin, accordion and double bass, along with a pared back, minimalist set design which sees Dr. Caligari’s cabinet centre stage.

Lucy Betts, resident director at ChewBoy Productions, said: “We’re incredibly excited to be bringing our theatrical spin on such an important piece of cinema to the Edinburgh Fringe. We are taking the story away from the brutal antagonist and placing it back into the hands of the victims. ‘Caligari’ is as crucial a story for the here and now as it was in 1920s Germany, and our brilliant cast of graduate actor-musicians breathe contemporary life into a timeless piece.

“We’re so grateful for the opportunity that the Untapped Award [ChewBoy Productions is one of four recipients of the hit-making Untapped Award for ‘Caligari‘] has given us, and for the support of the New Diorama, Underbelly and Methuen.”