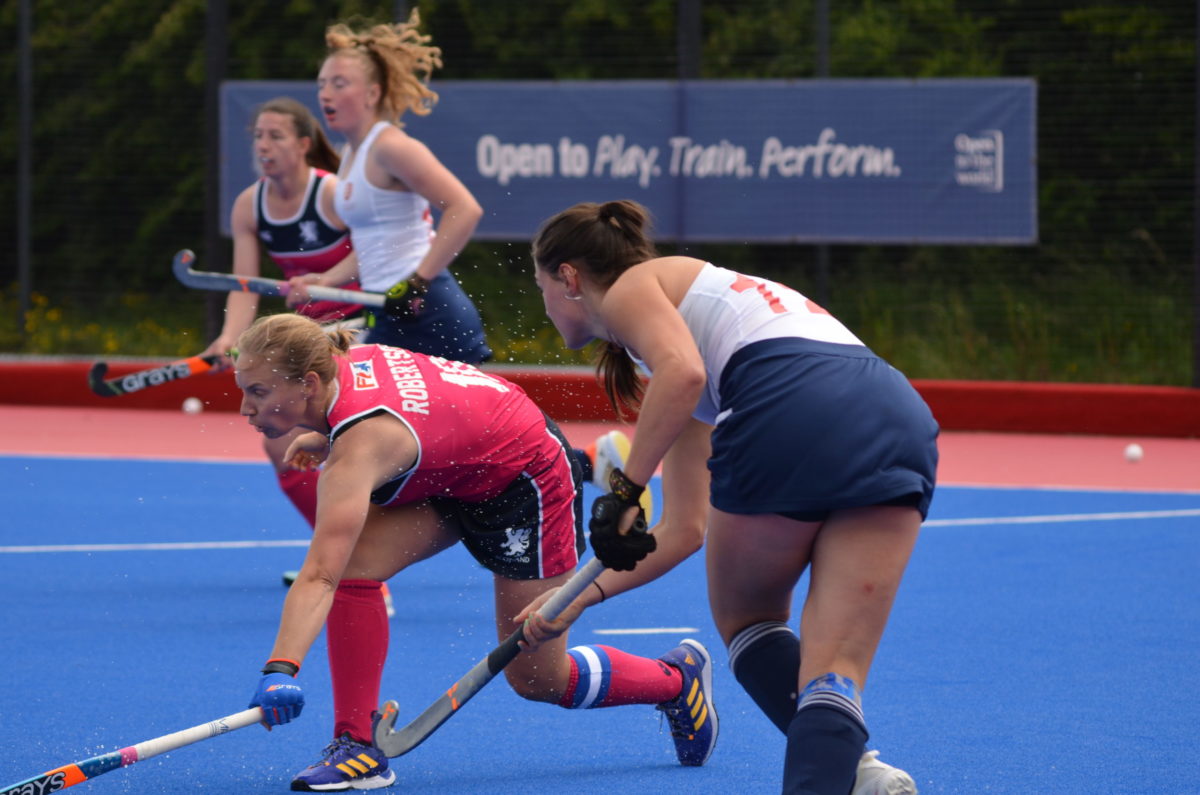 Dynamic midfielder Charlotte Watson is expected to return to the Scotland squad on Sunday against Italy in Edinburgh after a two-month injury lay-off. The 24-year-old Dundonian has received intensive treatment on an ankle injury.
Chris Duncan, Scotland’s coach, believes the aggressive former Dundee Wanderers star adds another level to an area he describes as the heartbeat of his  team.
Watson, who is at Loughborough University, made her international debut for Scotland against South Africa in Cape Town in 2016.
Since then, she has accumulated 67 Scotland caps (scoring nine goals) and played nine times for Great Britain (scoring twice) and Duncan said: “She is so dynamic on the ball and her aggressive running is a huge asset for us.
“All her rehab has been here in Scotland and the three games against Italy at Peffermill will be a real test for us.
“They have a new coach and a number of senior players have retired since we last met them three years ago so we are going into the unknown here, but it really is all about us and how we adapt to a new situation.”
Admission to Sunday’s clash (3.30pm) is free and this is Scotland’s last competitive outing before the Commonwealth Games in Birmingham.
Duncan added: “Italy are preparing for the EuroHockey qualifiers so they will want to make an impression and we expect them to be physical and to play a different game to our recent outings against Wales and Ireland. This will test us.”
The second match is on Monday, July 4 (7pm) and the third on Tuesday, July 5 (6:30pm) and Duncan added: “The Scotland players have worked tirelessly over the past six months and, in this phase of our programme ,we are focussing on tweaking the minor details to get the most out of individual performances.
“We are also working to nail down our best player combinations to enable us to play at our best for an entire 60 minutes when we get to Birmingham.”