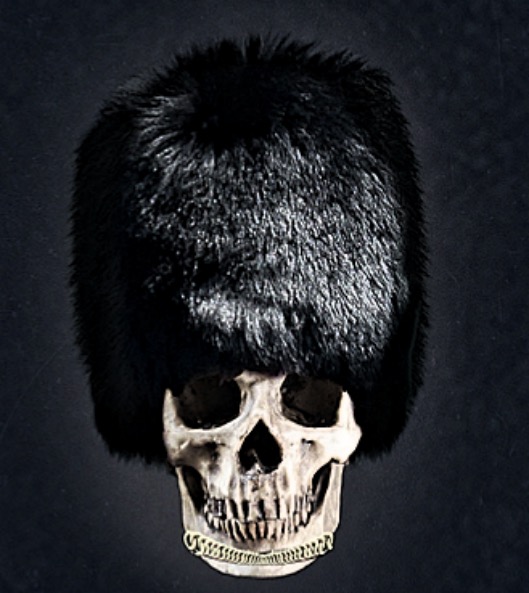 Young Scottish heroin addict Paul Boggie was at death’s door – but with incredible courage pulled back from the brink and ended up as a soldier guarding the Queen at Buckingham Palace.

Actor and playwright Tony McGeever, who works closely with Paul, has now turned his acclaimed autobiography Heroin to Hero into a one-man play that will be performed in Edinburgh this August as part of Army@TheFringe.

The new play is an unsparing and inspiring rollercoaster ride through the struggle faced by a man wanting to escape addiction in the face of a system that often hinders rather than helps.

More than simply a piece of theatre, Paul and Tony see the play – also called Heroin to Hero – as a means of raising issues, bringing hope, challenging received wisdoms and ultimately changing lives.

Tony is an award-winning Edinburgh-born actor who lived in Bonnyrigg before working at Dundee Rep and going on to take parts in stage productions such as War Horse at The National Theatre and in BBC shows such as Doctors, In Plain Sight and Accused as well as ITV’s Shetland.

Having seen the impact drugs have had on Scottish communities, and all across the UK, he recognised that Paul’s story – and the man himself – could offer a way forward.

Tony said: “When I read the book, that’s when the light bulb went on. The story was so unbelievable that it had be told to a wider audience. It literally leapt off the page, like a theatre piece. It also had to be a one man show as Paul himself is a one man show spreading his story to help others.”

Paul was pulled into addiction as a teenager. His life, health and relationships were ruined. The play shows how he turned things around, eventually joining the Scots Guards at the age of 30 – within six months he was guarding Buckingham Palace.

Some years later Paul, who was from Edinburgh but now lives in Fife, was medically discharged after a car crash which broke his back. Prescription painkillers led to a second period of addition from which he finally freed himself.

Paul has been touring Heroin to Hero workshops round schools and prisons to raise awareness about the dangers of addiction and the routes out of it. They hope to tour the play after as a means of theatre in education.

Lt Col. Hugo Clark, Chief Engagement, British Army in Scotland said: “We’re thrilled to be able to support Tony’s retelling of Paul’s extraordinary story.  Paul’s experience really shows how the Army can recognise quality and draw out potential in young people, while being pragmatic about their background.

“Heroin to Hero is a story of resilience and fortitude in the most challenging circumstances and we’re delighted to be working with Paul, whose sense of service continues today with his work to help veterans and those with problematic substance abuse.”