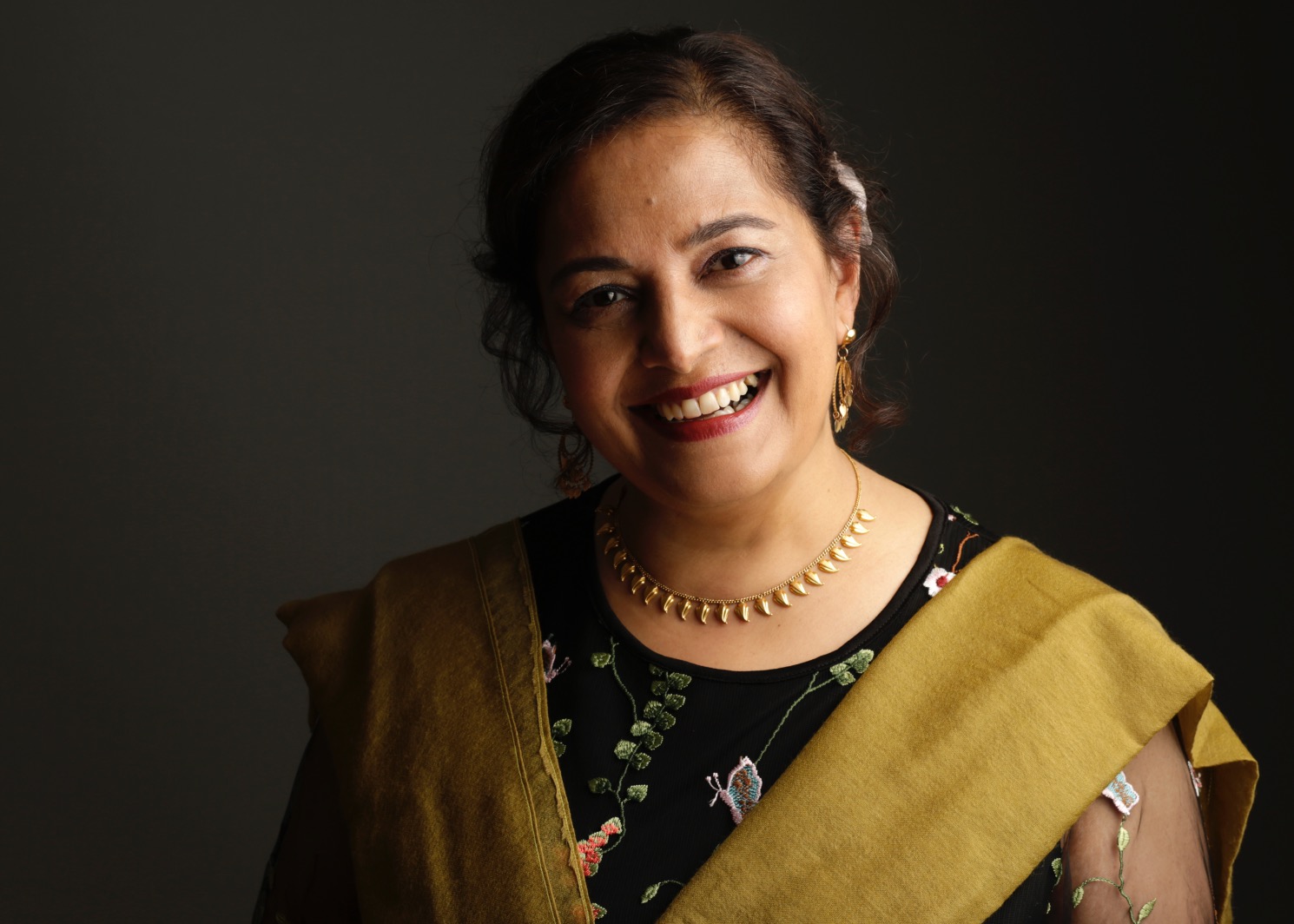 Actor and comedian Lubna Kerr is returning to the Fringe with a freshly updated version of her acclaimed show Tickbox.

The one woman show explores the experiences of different generations of a middle class Pakistani family moving to the Govan area of Glasgow in the late 60s.

Lubna earned extensive critical praise at last year’s Fringe. The Scotsman’s Joyce McMillan called her “a wonderfully vibrant and witty performer” ★★★★, The Guardian declared Tickbox was a “warm and witty solo show”, Broadway Baby described it as “moving” and Asian Image said it was “storytelling theatre that’s full of humour”.

It deals with many aspects of family life; the joys, the love and the tragedies. Health, physical and mental, are a key focus – not least the way that two strong Pakistani women cope with life in a new land when the head of the family dies.

Lubna was raised in Glasgow but has lived in Edinburgh for many years and has appeared in TV shows such as Scot Squad and Two Doors Down, Armchair Detectives as well as the stage show Still Game in 2014. She is a regular on Radio Scotland and was a guest on Radio 4’s Loose Ends with Clive Anderson.

In Tickbox she takes on multiple roles, including that of her mother and her younger self, in a production that explores struggle, expectations and empowerment.

Tickbox reflects the cultural journey of a Pakistani family and is full of insights about the nature of identity.

Lubna said: “It intertwines my life with that of my Mum, who was just the best. Growing up in Scotland, after my Dad won a place to do a Chemistry PhD at Strathclyde University, had its challenges for us all, especially when tragedy struck the family.

“But Tickbox is wider than that. It’s about the lives of strong, determined women across two generations. And there’s a lot that anyone who has moved from one society to another will recognise – the experiences that have been common to them all throughout history.”

In the case of Tickbox this includes exposing the prejudice and discrimination that has been experienced by many new Scots.

Lubna is just back from a successful tour of Northumbria and has a summer full of festivals where she will be sharing Tickbox with a wide range of rural and city audiences.

Lubna, who is also an NHS pharmacist, began her career in acting and comedy in 2010 as a mature woman. She enjoys using her very Scottish sense of humour to break down and sometimes to play up her Asian heritage – and the issues faced by people of Pakistani heritage across the UK.

She has gigged comedy across the country, and in the USA. Her 2018 debut show The Asian Ellen DeGeneres premiered at the Glasgow International Comedy Festival before going to the Edinburgh Fringe. In 2019 she followed this up with another solo show Where are You Really From? – a question she frequently faces – and with an answer that depends on whose asking.