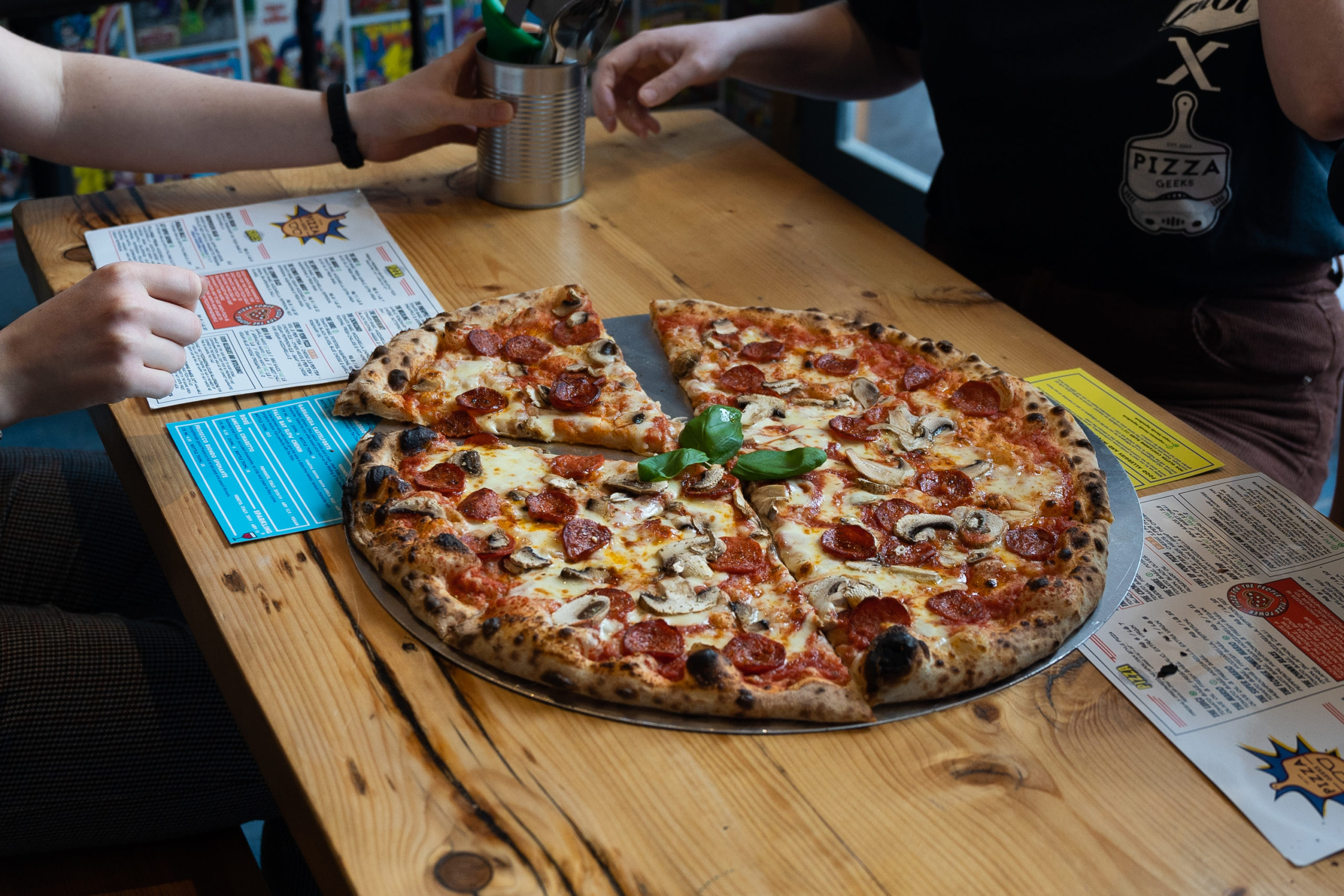 Pizza Geeks in Edinburgh are giving back to the local community through their ‘Pizza for the People’ initiative by opening their Haymarket restaurant from today – and every Tuesday – between 1-3pm to offer a slice of pizza to anyone who needs it.

Since Pizza Geeks launched their ‘Pizza for the People’ initiative  back in 2018, they  have so far given 23, 805 pizzas to those in need.

When they launched Pizza for the People,  with their one for one initiative that sees sales of their featured pizza matched and donated to homeless and disadvantaged people within their local community.  Since then, they  have been constantly  looking for ways that they  could expand it to the wider community.

As a company, being able to give back is an essential part of the very foundations of both their business and the geeks that work with them.  As the cost of living has increased, they want to extend their Pizza For The People initiative beyond their weekly drops. Everyone deserves to have a hot meal – so they are opening their Haymarket store every Tuesday from 1-3pm  for anyone who needs to eat a slice of pizza. They will eventually plan to roll this out to their Leith restaurant once they are fully up and running.

Patrick Ward and Finlay Clarkson, Co-Founders of Pizza Geeks said: “With the cost of living crisis causing so much worries for people all over the country we feel now is a good time to do so. Community slice is for anyone who could use one so please if you know anyone who is struggling at this time let them know and hopefully pizza geeks can help a little bit.”

It all began for Pizza Geeks, on a quest to find the one pizza that rules them all. Originally Pizza Geeks served in some of Edinburgh’s best street food markets where they ventured far and wide, going on to cater for events of all sizes, launching their handmade Neapolitan inspired pizzas to the world.