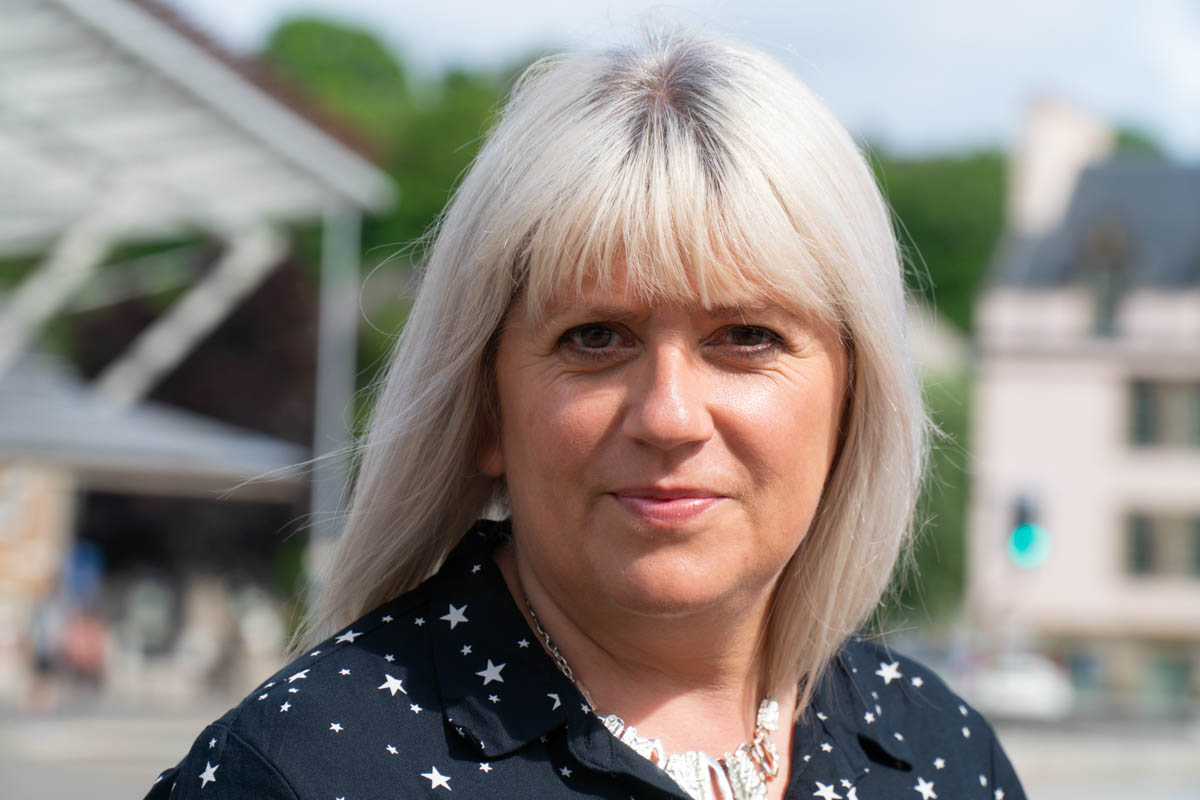 A Lothian MSP has been accused of hypocrisy after she suggested a school ‘bike bus’ was set up as a political exercise to prove that cycle lanes are popular.

But at a council meeting in 2020, the former Edinburgh councillor praised a group cycle to school initiative at James Gillespie’s Primary as a “fantastic opportunity” and supported a motion to ‘support and enable bike buses’. Organisers of the bike bus to James Gillespie’s helped those who set up the new one in Juniper Green with a risk assessment and marshalling.

Cllr Macinnes, who oversaw the implementation of temporary bike lanes in the last term as part of the Spaces for People programme, since renamed Travelling Safely, added Ms Webber’s comments were “weaponising volunteer-driven initiatives”.

However, Ms Webber argued she was raising “legitimate concerns of parents that children were being used as part of a highly-politicised campaign”.

Writing in the Edinburgh Evening News, the Tory MSP for Lothian, previously a ward councillor for Pentland Hills, said local residents had noticed an increase in people cycling along Lanark Road on “one of the most contentious schemes” over the last week. But that claim was unsubstantiated.

In an article published on Monday she wrote: “Until very recently, householders along the route have seen very few, if any, young people cycling up the long, steep hill.

“But then a leafleting campaign was organised ─ by the same people who organised the “Critical Mass” cycle lane protest this time last year ─ to encourage parents and children to join a “bike bus” from the bottom of Lanark Road to Juniper Green Primary.”

She said a “genuine attempt to boost cycling numbers” would have set-off from Baberton Mains “where there are more pupils and greater potential to boost safe cycling to school”.

The MSP added it looked like “an attempt to prove the coned-off lanes are popular” by starting from “the most distant part of the catchment area with far fewer children”.

She said: “There is something deeply distasteful in exploiting children in this way”.

But many were quick to point out her remarks are in stark contrast to opinions voiced about James Gillespie’s bike bus two years ago when she was still a councillor.

Primary pupils visited the City Chambers in February 2020 to tell the transport committee the new initiative had been a success. Bike bus organiser Ewan Mclean, who accompanied youngsters to the meeting, urged councillors to support school bike buses being rolled out across the city.

Ms Webber replied: “That was wonderful, your energy and your big smiles have made what could be a pretty gruelling day for us start a bit better.”

She added: “I’m quite an opportunistic person and I’m very conscious that sitting right behind you was one of the parent council members from a school in my ward and we had a discussion on Monday night about trying to help our pupils start cycling more safely to school. It sounds like a fantastic opportunity”.

Committee members then voted through a motion tabled by Cllr Claire Miller to thank parents and other volunteers and request a report detailing ‘actions to support and enable bike buses to school’.

Cllr Macinnes added: “Unfortunately, Ms Webber’s disgraceful comments in this latest article represent significant hypocrisy around encouraging children to cycle in this city. At a previous committee when she was a councillor she was very encouraging of children who came to talk about the benefits of a bike bus.

“Her attitude seems to have turned completely in the opposite direction and she is weaponising volunteer-driven initiatives with nothing but good at its heart and which is designed to encourage children to get around this city in a way which benefits them, their health and others around about them.

“In my opinion, bike buses represent a very positive future for this city with increasing numbers of young people feeling that cycling is a good, healthy and greener option for their transport needs.”

Ms Webber said: “If Cllr Macinnes had read the article properly, she would have seen I did not criticise bike bus schemes per se, but raised the legitimate concerns of parents that children were being used as part of a highly-politicised campaign to preserve a scheme she forced through which made an already busy road more dangerous.

“She might be struggling with her irrelevance after years of her high-handed policies ignoring community concerns, but it’s pretty desperate stuff to be arguing that it’s fine for adult activists to attempt to manipulate impressionable youngsters.”

The council’s Transport Convener Scott Arthur, said: “Susan Webber MSP’s comments are disappointing as I thought I lived in a city where everyone wanted children to be able to walk or cycle to school without their parents having to worry.

“I hope she will consider joining the next cycling-bus so she can better understand some of the challenges our young people face.”

In case you dont know what a bike bus is – here is video from one of the most recent to James Gillespie’s Primary School from Charterhall Road junction.