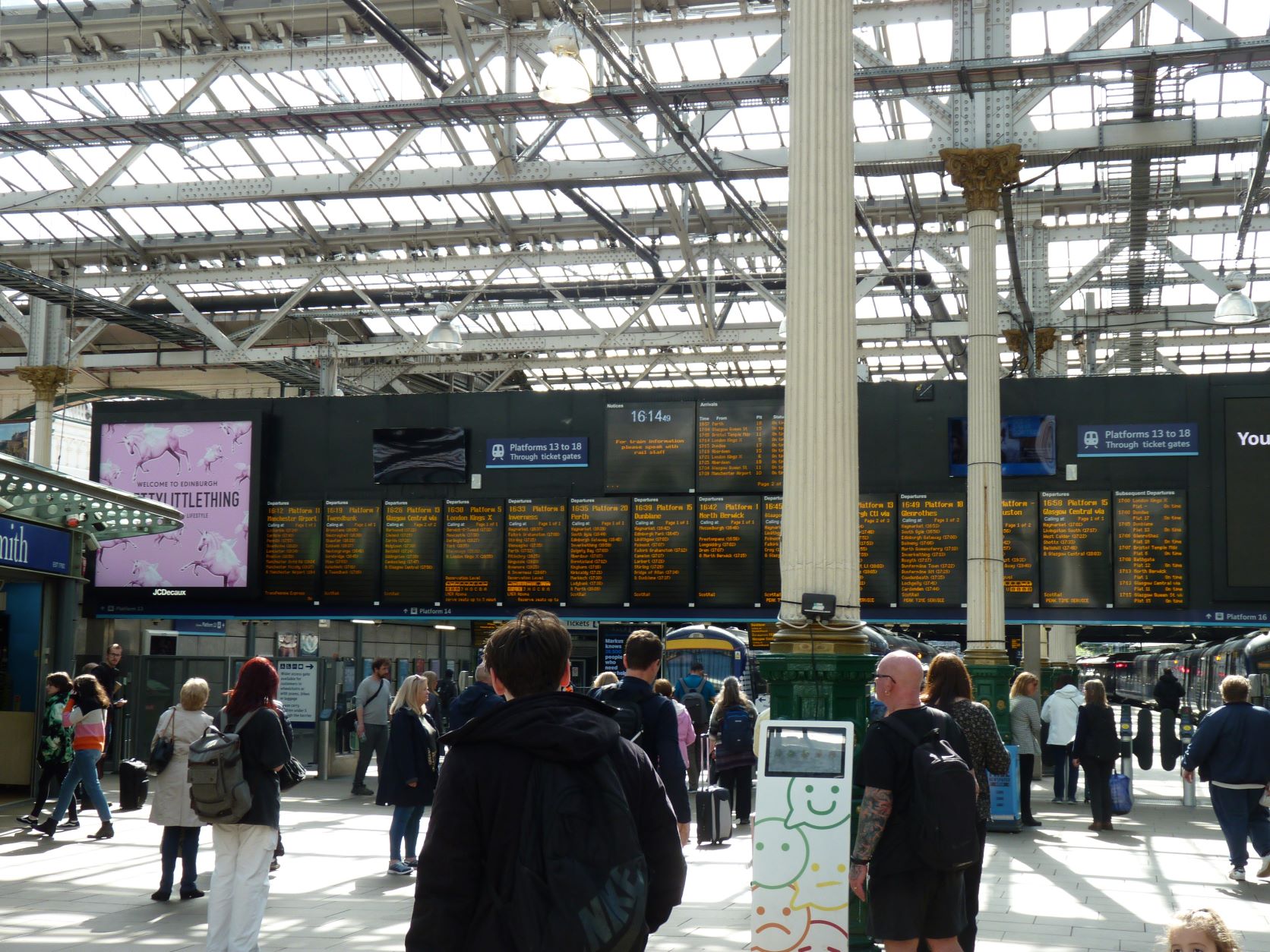 We are getting used to a new – and much reduced – timetable on Scot Rail, our rail service. And this just two months after it was “nationalised.” The number of services has been cut by a third (by 700 a day).  The immediate cause is an unofficial overtime ban by train drivers but it’s part of a summer of discontent that is unfolding as wages fall behind the highest inflation figure for 40 years (9 per cent).

Public sector workers, from rail staff to teachers, are being offered a 2.2 per cent rise which is causing outrage and strike ballots.  The train drivers union Aslef and the transport workers union RMT are both balloting their members on strike action. RMT members in England have already voted to take action. Talks on Thursday between Aslef and Scot Rail resulted in a new pay offer of 4.2 per cent for drivers but it still has to be approved by union members.

So Scot Rail’s new timetable may get smaller yet.  Already there are few trains after 8pm in most of the country. Even the main Edinburgh to Glasgow line stops working at 10.15pm, leaving the “night time economy” in further trouble.

There’s a distinct echo of the Wilson/Callaghan years when government ministers were calling for “pay restraint” to keep inflation under control. This week the Barbara Castle script was being read out by the Scottish employment minister Richard Lochhead. “My message to all workers in Scotland …is that we have to be sensible. Everything has to be affordable … or we could end up with a recession.”

The trouble is that not everyone is on a train driver’s salary of around £50,000 a year. The cost of living is soaring and inequality is leaving 20 per cent of Scottish workers living in poverty. Until that is fixed, there’s not much hope of pay restraint.

On Thursday, the UK Chancellor Rishi Sunak suddenly changed his mind and agreed with the SNP and the Labour Party and introduced a 25 per cent windfall tax on the profits of oil and gas companies.  It’s to help raise the £15 billion cost of providing an extra £400 this autumn for every household to cushion the increase in energy bills. There’s also to be an extra payment of £250 for poorer households.  The Chancellor maintains this can be done without damaging the ability of the energy companies to invest in renewables.  So all’s well that ends well.

This week’s Church of Scotland General Assembly will be pleased, and probably astonished, at this quick response to its call on Tuesday for just such a windfall tax.  The Assembly probably astonished itself the day before by voting to allow gay marriages in church.  It was an attempt to keep up with the many social changes happening around it. Membership has fallen by a third in the last 10 years.  In an effort to halt the decline, the Assembly agreed to a plan to spend up to £25m over the next seven years to create new congregations in growing communities while it is merging parishes in its traditional heartlands.

We are still watching the fallout from the local council elections three weeks ago.  Last week I reported that the SNP were managing to team up with other parties to form joint administrations in most of the 32 districts.  In Glasgow it was with the Greens, in Aberdeen with the Liberal Democrats, in Inverness with Independents.  But in Edinburgh they’ve been ousted by a rag-tag coalition of Labour, Lib Dems and Conservatives.  So much of politics in Scotland is about “the Union.”

The SNP have been celebrating Nicola Sturgeon’s seven and a half years as First Minister, longer than any of her predecessors.  Alas, the virus she has been fighting for the last two years decided this was the appropriate moment to attack her personally, and she has been off work with a bout of Covid-19.  She says however that she is only suffering mild cold-like symptoms and will be back at work shortly.

That left her deputy “honest John” Swinney to take the flak at FMQs on Thursday. And he was duly asked why he wasn’t settling the rail dispute, the ferry contract disaster, the cost of living crisis and anything else you could think of.  All he could say was he was doing his honest best.

It’s the weekend of the Edinburgh Marathon. Britain’s second biggest marathon is back for the first time since the pandemic and is expected to involve thousands of runners. There is a whole programme of events over Saturday and Sunday, ranging from the full 26.2 mile run from Holyrood Park to Musselburgh and back, to a half-marathon, a relay marathon, a 10k and 5k race and junior races for children aged 3 and up-wards.

I suppose it’s one way of running away from all our problems. 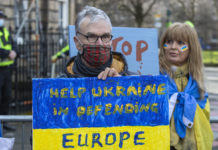