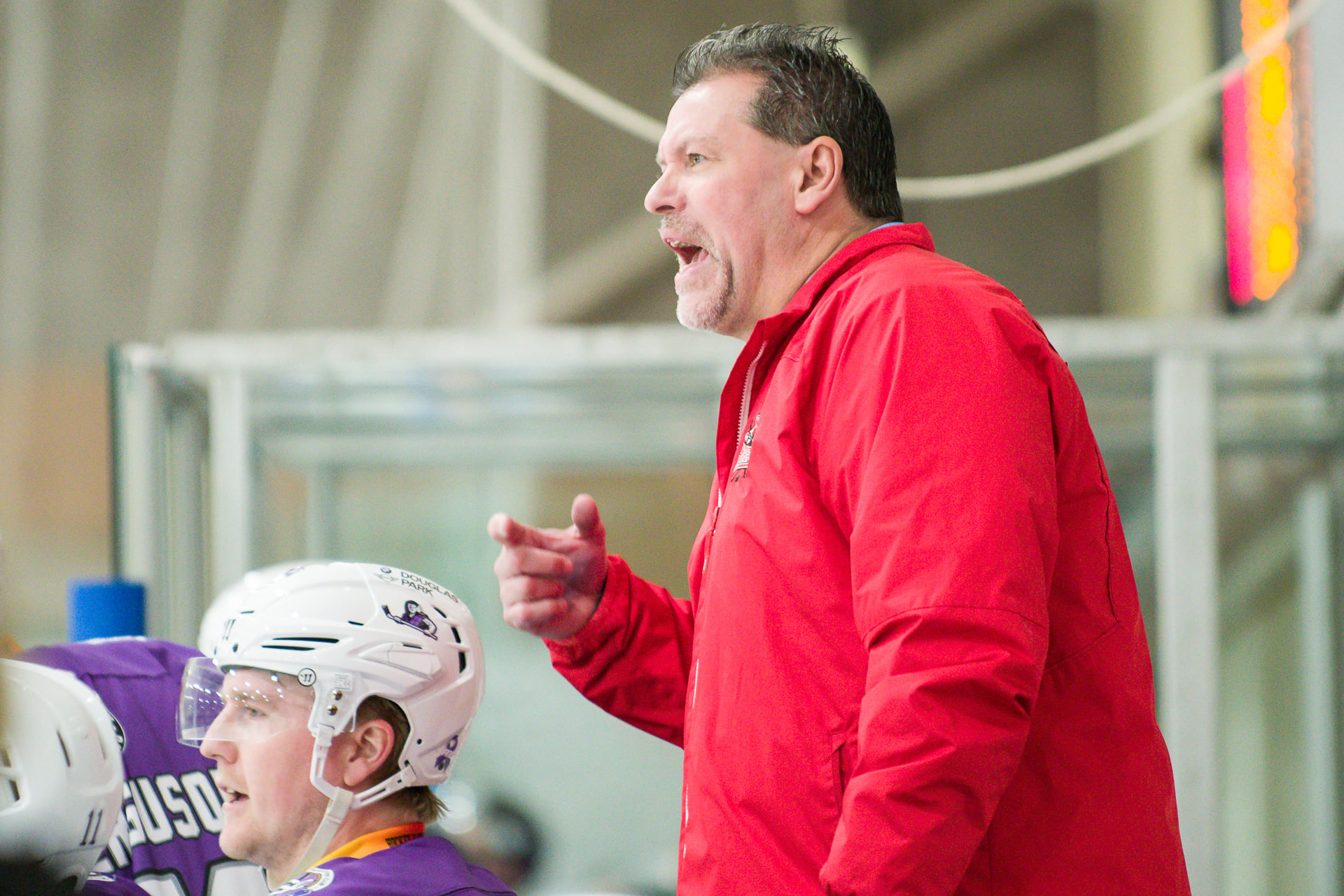 And it could have been better for coach Malcolm Cameron (pictured) and the squad as Clan, who finished the regular season in sixth position, led Devils, who ended up third in the ten-strong table, 3-1 at the mid-way point of a game in which they were outshot 39-26.

Cardiff, roared on by a crowd of over 3,000, edged ahead after eight minutes on the power play through Matt Register but ten minutes after that Clan were level, Colin Campbell netting.

Ten minutes later the Scots edged ahead when Guillaume Gauthier hit the rigging and less than two minutes after that it was 3-1 when Nolan LaPorte found the net.

Back came Devils and four minutes later Trevor Cox found the net for 3-2 only for LaPorte to net his second in 46 minutes but less than three minutes from time the home side found a third when Cole Sanford counted and that could prove crucial.

And coach Omar Pacha’s shock troops emerged from The House of Steel with a 1-0 win courtesy of a goal less than three minutes from time from Swedish forward Seb Bengtsson set up by Timi Lahtinen and Charlie Combs in a game in which the Scots were outshot 32-23.

Dundee, who last qualified for the quarter-finals in 2017, and they are in the driving seat to qualify for the semi-finals in Nottingham later this month when the pair meet again on Sunday night at the Dundee Ice Arena (17.00).