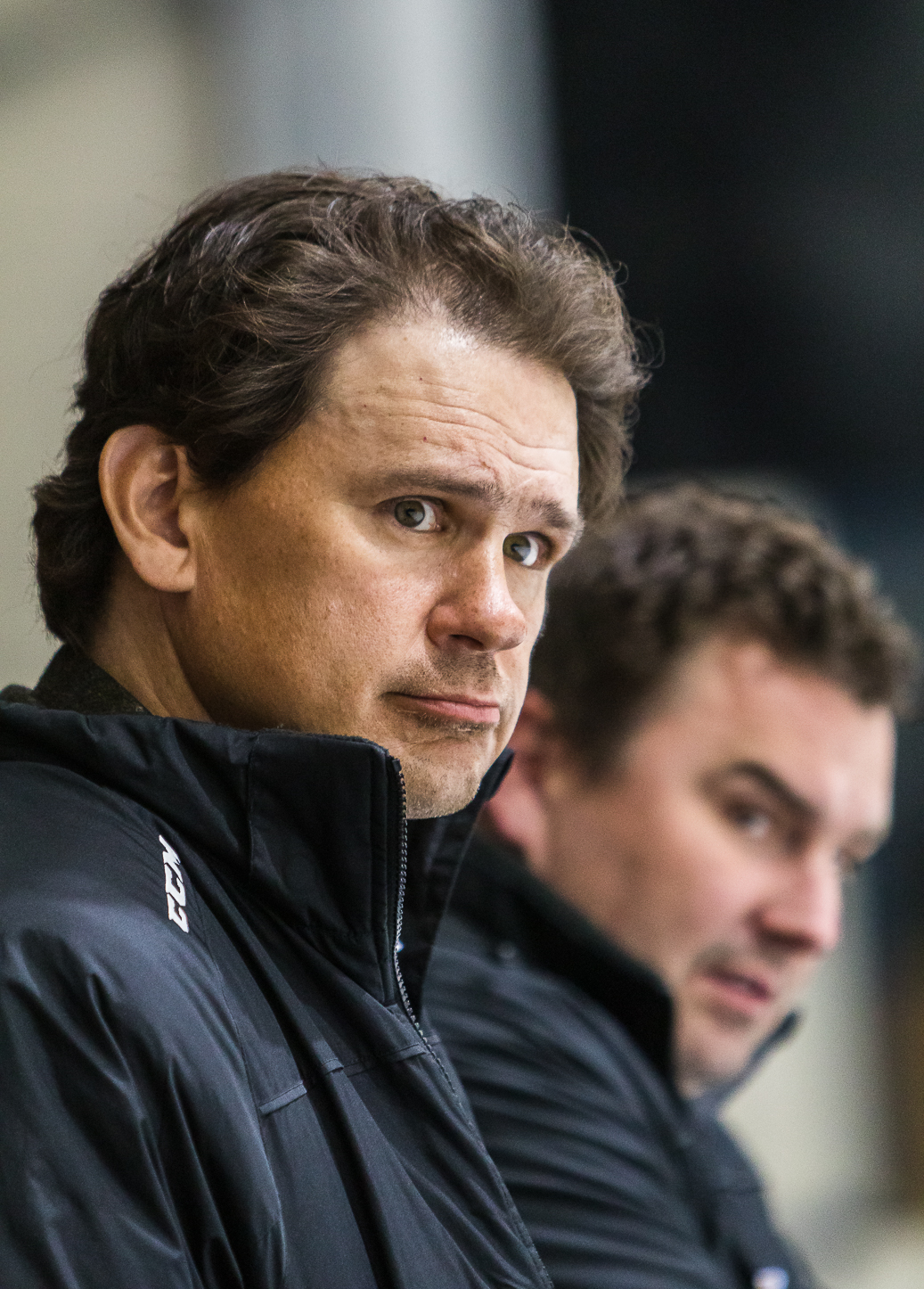 Spencer Dorowicz claimed a double as Dundee Stars moved into fifth place in the ten-strong Premier Sports Elite League with a 6-0 thrashing of arch rivals Fife Flyers on Tayside.

The welcome win takes Dundee on to 51 points from 52 fixtures with only two games left in the regular season, a trip to third-placed Cardiff Devils on Saturday (19.00) and a visit to Coventry Blaze (18.00) who are now sixth on Sunday.

Fife, counted out of the play-off race two weeks ago, were heavily outshot and fell behind to a Philippe Sanche goal after eight minutes. Dillon Lawrence added No 2 after 23 minutes and less than two minutes after that it was 3-0 thanks to Dorowicz.

Michael Poirier added No 4 after 34 minutes with Dorowicz adding his second and Dundee’s fifth after 43 minutes and Charlie Combs rounded off an unhappy night for Fife with the sixth just over a minute later.

Flagging Flyers and their coaching team of Todd Dutiaume and Jeff Hutchins (pictured) travel to Braehead to meet Glasgow Clan on Saturday (19.00) as their sorry season comes to a close.