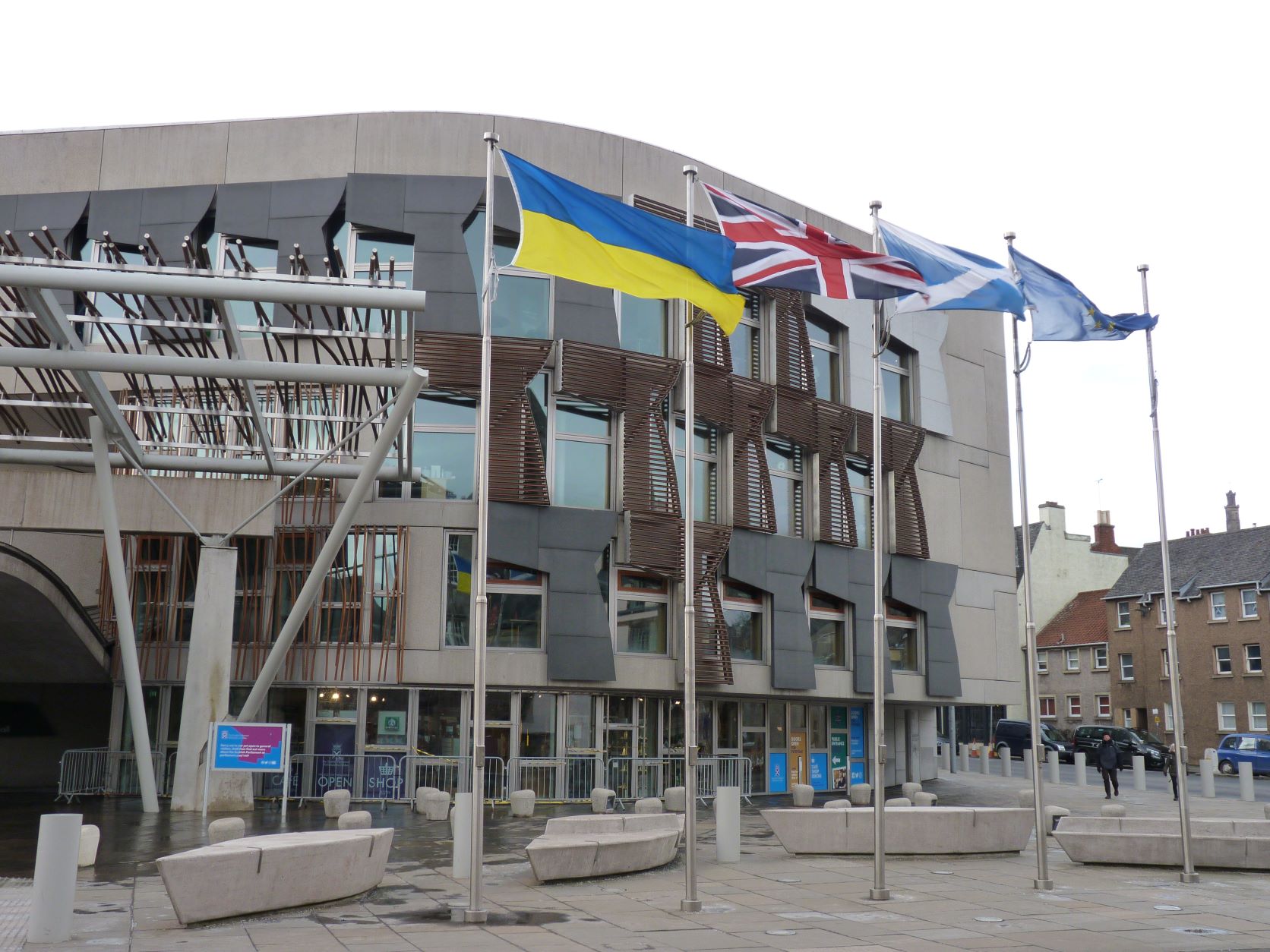 The Scottish Parliament not only flies the Ukrainian flag, it is constantly condemning Putin’s invasion and expressing its support for the Ukrainian people.  The government has added £2million to the £10million already donated to the aid agencies by the public and it has pledged a welcome to any Ukrainian refugees who manage to reach Scotland.

At First Minister’s Questions on Thursday, Nicola Sturgeon again appealed to the UK Home Office to take down what she calls its “wall of bureaucracy,” insisting on visas before refugees arrive, instead of when they are already here.  She has also caused some controversy by saying NATO should keep an open mind on imposing a no-fly zone over Ukraine.  Earlier in the week, MSPs unanimously backed the measures taken by the UK Government against Russian “dirty money.”

Out in the streets, people have continued to stage demonstrations in support of Ukraine. The Edinburgh Ukrainian Club has been overwhelmed with donated goods. In Glasgow, a long queue formed outside a Ukrainian bakery which promised to give all its profits to the aid effort.  There have been several independent aid missions from Scotland making their way to the Polish border to offer assistance, one aiming for Ukraine itself. Prominent Scottish companies have stopped exporting to Russia including: whisky producers Diageo, Chivas and Edrington, and Walkers’ shortbread, Tunnocks biscuits and Irn-Bru.

Although Scotland only imports two per cent of its gas from Russia, the issue of rising energy prices has major implications for Scotland.  It has opened up the debate about continuing to drill for oil and gas around our coast. The Conservatives have been pressing for new oil fields to be developed in the short term to plug the gap till renewable sources are able to heat all our homes and buildings, power our electric cars, and run our industry.  But so far The Scottish Government is sticking to its policy of no new oil fields and no new nuclear power stations, saying the money should be invested instead in off-shore wind, tidal and solar power.

I’ve had letters in the post this week informing me that my gas bill will be rising by 54 per cent and my electricity bill by a third. And that’s before the effects of the Ukraine invasion are taken into account. It is said the price of foodstuffs is also set to rise as one of the great bread-baskets of the world is destroyed. Our farmers are wondering whether to plant more wheat this year to make up for the crop due to be lost in Ukraine. The calculation is not easy because the price of fertiliser and fuel is rising too.

As if the war and the soaring cost of living were not enough, Covid has been adding to our woes this week. The number of cases has risen to its highest level since January. On Thursday, there were over 14,000 cases, 1636 people in hospital and 41 deaths. And, sure enough, several of my friends have gone down with Covid in the last week or two, though they all report just “cold-like” symptoms. However, it does put in jeopardy our freedom day, 21 March, when it’s hoped all legal restrictions will be lifted.

This week we finally got the official accident report from The Rail Accident Investigation Branch (RAIB) into the train crash south of Aberdeen in August 2020 in which the driver, the conductor and one of the passengers were killed, the conductor, Donald Dinnie, the train driver, Brett McCullough, and a passenger, Christopher Stuchbury.  One of the main causes was a faulty drain which, after several days of rain, caused debris to flow onto the track. The RAIB report found that rail managers were told of the danger, but had failed to act.

Sometimes, I suppose, accidents just happen. At sea, a fishing trawler from Lerwick capsized off the Norwegian coast. The crew of eight were rescued  standing on the upturned keel but one of them died later in hospital. And in the hills, six people have died in climbing accidents in the last two weeks of snowy weather. On Tuesday, one man was killed on Ben Nevis and 23 others had be rescued.

After a week like this, when all the news is depressing, the word “endurance” made an eerie appearance on our television screens.  It was written across the stern of Shackleton’s ship which has been found at the bottom of the Weddell Sea in Antarctica. It was famously crushed by the ice and sank in 1915, just as the war “to end all wars” was going on in Europe. But somehow civilisation endured, to fight another day, and Shackleston (who had several connections to Scotland) led his men, all of them, to safety.  Let us hope we all endure for another week and Ukrainians are led to safety. 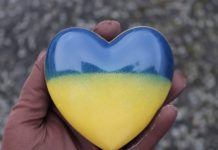 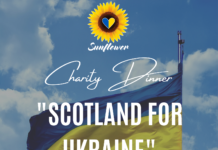