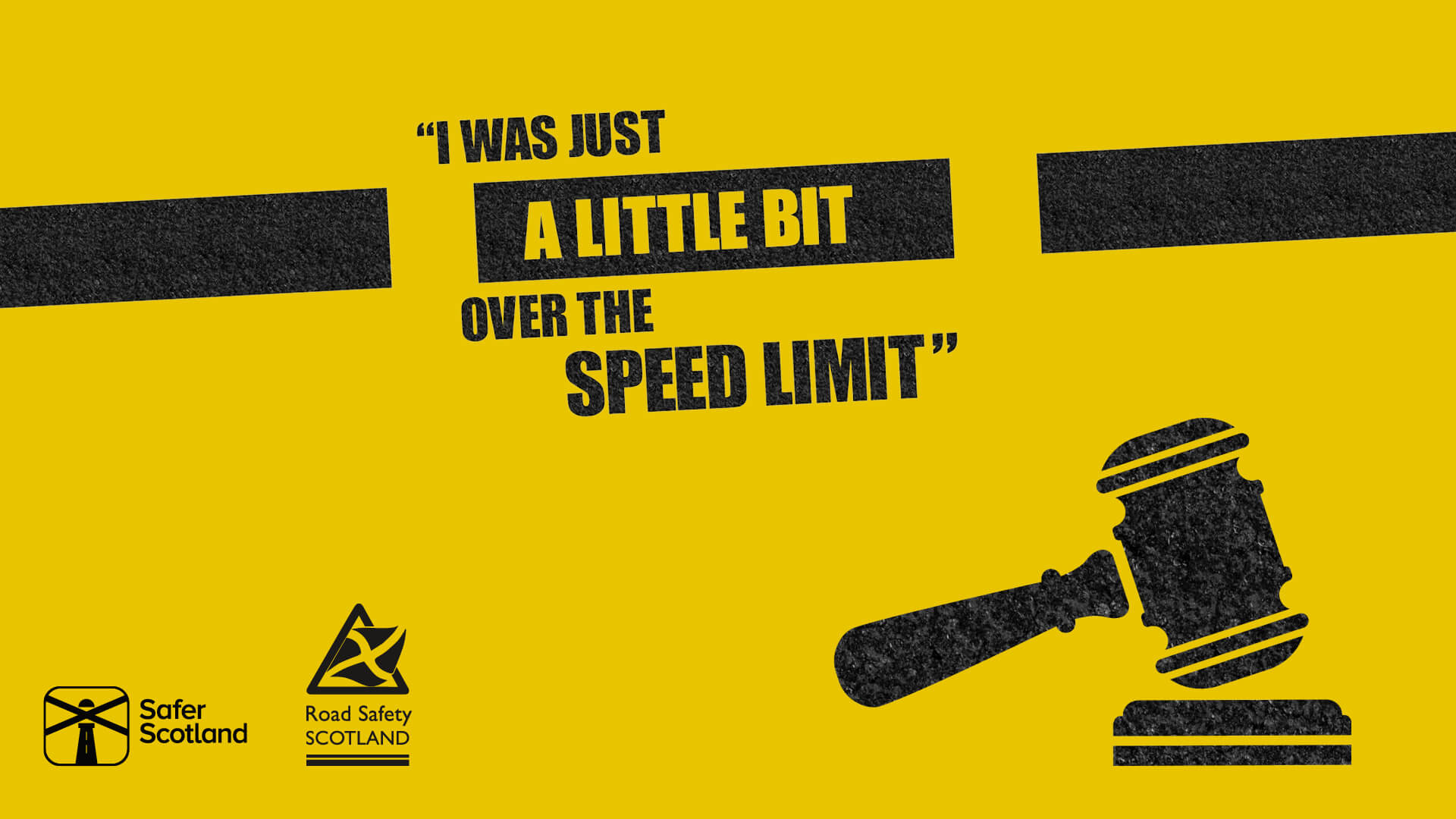 A campaign to remind drivers there is no excuse for speeding has been set up by The Scottish Government and Road Safety Scotland.

Speeding which is reported in a fifth of fatal collisions. A third of people admit to exceeding the speed limit by 5mph in 30mph zones at least once in the past year.

Minister for Transport Jenny Gilruth said: “Speeding remains a factor in a number of fatal and serious collisions every year. That’s why I welcome this campaign to tackle this serious issue and deliver a clear message to drivers.

“A collision involving speed can have far-reaching consequences, not only affecting the driver but also their family, the victim’s family, emergency services, and people who witness the incident.

“It doesn’t matter if you’re only slightly over the speed limit – however you try and justify it, there is no excuse for speeding.”

According to Police Scotland many drivers try and justify their speeding behaviour when they’re caught, with excuses including running out of petrol, the road being quiet, trying to beat the rush hour, knowing the road well, and other traffic also being perceived as exceeding the speed limit.

“The dangers of speeding are well-known and the consequences can be devastating, life changing and long lasting. Excessive or inappropriate speed can cause serious harm to others, especially more vulnerable road users and it’s a risk not worth taking.

Running across multiple platforms including radio and digital, the Scotland-wide campaign highlights some of the excuses commonly used by drivers to justify their speeding behaviours, while reminding those behind the wheel that, if they’re caught, they could face severe penalties.

By repeating the words ‘a little bit’ over and over, the ad creative emphasises that it doesn’t matter that you’re only slightly over the speed limit – you know there’s no excuse for speeding.