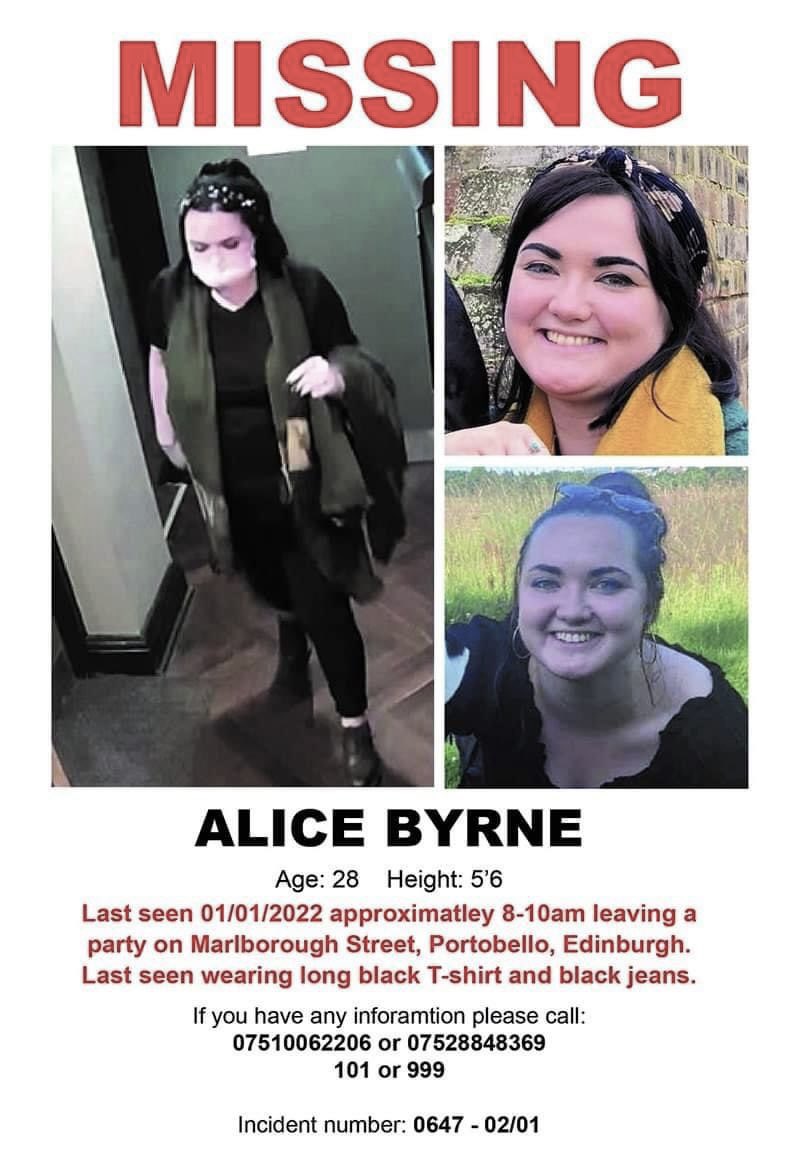 Alice Byrne (28) was last seen on Saturday 1 January leaving a party in Marlborough Street between 8am and 10am. Her family last saw her at 2am on New Year’s Day and since then police have been searching for her.

Today, the Police Scotland Air Unit will continue the search using a drone on the beach.

It is believed she may have headed to the prom area and police have asked anyone who was in the area to check any photos or video footage on their phones or dash cams for any possible sightings of her.

She is described as white, around 5ft 6ins in height and of medium build with short black hair. When she was last seen she was wearing an orange jacket, black top, black jeans and white trainers. She was carrying a black rucksack.

Chief Inspector Kieran Dougal from Craigmillar Police station said: “Alice is known to frequent the Portobello and Newhailes areas of Edinburgh.  Since she was reported missing, officers have been carrying out extensive searches and enquiries in these areas.  Local officers led by specialist search advisors have been assisted by resources including the air support unit, police dogs and our marine unit.

“Officers will continue to speak to people who know her and who live in the local community.  Searches are continuing throughout the area and we would also ask local residents to check their outbuildings and sheds, as well as urging anyone with any information on Alice’s whereabouts to get in touch as soon as possible.”

“This is an upsetting time for Alice’s family who are extremely concerned that she has not been in contact with them since Saturday. This is completely out of character for her.

“I would again urge anyone who has seen Alice since Saturday morning, or anyone with information on her whereabouts to contact us as soon as possible.  If Alice reads this appeal, I would urge us to phone her family, friends or the Police.  Contact 101 quoting reference 0647 of 2 January.”