Free and open to all, these events create space for conversations around climate change and positive actions we can take to tackle it. The popular inaugural event in December kicked off discussions with a crucial conversation on the outcomes and opportunities following COP26 and what is next for Scotland. Highlights included discussions on diversity in the climate sector, thoughts on climate change in the finance industry and a fair and just transition.
Food: Women on the Frontline is the first event scheduled for 2022.  On 12 January a panel discussion featuring Nikki Yoxall, a farmer and educator, will allow people to hear more about the role of women in creating sustainable food systems, addressing the climate and biodiversity crisis through agriculture and building a sustainable farming movement.  People are encouraged to sign up to attend via eventbrite.

The second exciting event will take place on 24 January and will feature an online screening of Scotland: Our Climate Journey – a recent documentary charting Scotland’s inspiring progress in the fight against climate change – followed by a Q&A with the director Ted Simpson and producer Finbar O’Sullivan as well as people featured in the film.  The documentary is narrated by individuals from across the country, from leaders of industry, to activists and community organisers.  People are can sign up to attend via eventbrite.

Catherine Gee, Deputy CEO of Keep Scotland Beautiful said, “As we enter 2022 there is more urgency than ever for us to broaden and intensify climate action so that everyone, from all areas of life, can play their part combatting the climate emergency.

“Scotland’s Climate Festival aims to bring the issues discussed before, during and after COP26 right to the heart of our communities, providing much needed energy and mobilisation to support local action as Scotland strives towards Net Zero in 2045.

“We’re delighted to add these new events to the programme in January and look forward to announcing further inspirational and informative events on different climate issues, including the wellbeing economy as we progress through 2022”.

The recording of the first national event, held on 7 December 2021, as part of Scotland’s Climate Festival is on YouTube.

The event, which was attended by over 100 people, included a dynamic panel discussion with four brilliant speakers, including the Minister for Just Transition, Richard Lochhead MSP.

As part of Scotland’s Climate Festival communities across the nation have been urged to register local events, big and small, physical and online, to complement the national programme.  All events will feature on an online map so people can easily find out what is going on and how to attend and all activities will help amplify the call for greater action to support Scotland to become a Net Zero Nation.

Scotland’s Climate Festival is supported by The Scottish Government. Further information can be found at www.keepscotlandbeautiful.org/climatefestivalscot 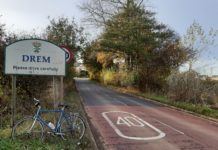 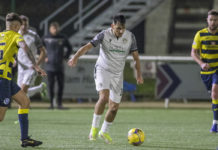 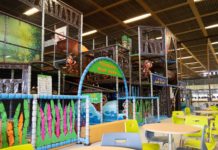 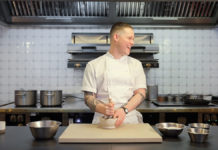