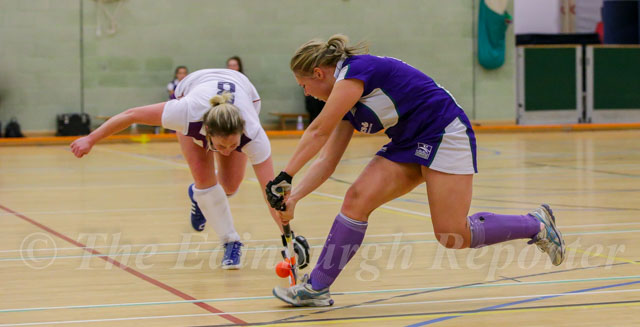 Coach Iain Strachan believes that edging Ireland 2-1 in the women’s indoor mini-series was a real bonus.

The Dundee-based playcaller used three different systems and experimented during the three games in Antrim this week.

And this, he said, was the groundwork for Scotland’s European indoor championships promotion bid next month.

Experienced Strachan blooded six new caps during the two-day event in Northern Ireland and added: “This augurs well for the future.”

Scotland are drawn in Pool A in Division Two of the EuroHockey championship in Ourense, Spain from January 21-23 and the opposition is Poland, Lithuania and Ireland. Pool B features Switzerland, Belgium, Croatia and the hosts.

Strachan’s goal is promotion to the top tier and he has two more training sessions before his squad hope to board the plane, COVID-19 permitting.

He said: “The last two days against Ireland were all about trying things and we did that. Winning was a bonus.

“The girls had to dig deep to win the first game 3-2 after being behind. The second game opening day two was one that got away but the third, when we had the lead in the late stages and lost it, meant we had to dig deep again.

“The game ended 5-5 and the girls game through despite having re-take the first running penalty and I was so pleased for them as they worked so hard.”

He added: “We’ve got work to do before we go to Europe, and this was a bit of a scratch team because of issues including COVID-19, but they came through and this bodes really well for the future.”

Scotland men’s coach, Kinross-based Stuart Neave, was also full of praise for his squad who beat Ireland 3-0 in their three-game series with six under-21 Scotland players in their line-up.

He said: “The boys showed determination, particularly when they went behind, and they battled well to win all three games and I am absolutely delighted for them.

“We had six under-21s in the squad and only one player over 30, the rest were in their mid-20s, and they had to dig deep to game manage on occasions but they did that.”

Sadly, his squad don’t have Europeans to look forward to as they have been cancelled because of the world-wide pandemic, but they hope to be on court again in 2023.

He added: “This was the first time that some of the squad have played at this level and we have undoubtedly found some new talent.” 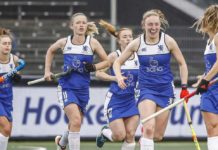 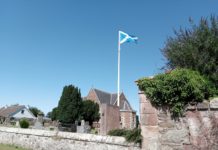 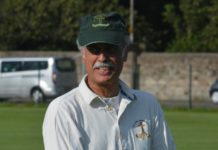