Glampitect, the UK’s leading glamping site design consultancy, expects to more than double its staff numbers in the next 12 months due to demand.

Formed in Edinburgh in August 2019 by friends Calum MacLeod and Alisdair Young the business has grown rapidly on the back of a staycation boom – with the pals forecasting that the upward trend will continue.

Not only has Covid-19 spawned a new generation of holidaymakers, the pandemic has seen the emergence of a new group of business owners, people keen to maximise their land with the construction of a commercial glamping site.

“I never thought we would get here so quickly,” said Mr Young, who recently saw the firm smash the £1m turnover milestone for the first time.

“It’s non-stop and has been a really exciting couple of years. Our turnover in the first year was just £41,000 which then increased to over £300,000 in the second year so you can see how fast things have been moving.

“We have had to be quick learners as it has been a big learning process about running a growing business which has established itself as a market leader.

“We currently have 17 full-time employees from none at the end of our first year and I think that figure is going to rise to over 40 in 2022 with the number of exciting projects that we have on the horizon.”

The two entrepreneurs launched Glampitect after setting up their first glamping venture with the luxury North Coast 500 Pods in Achmelvich, Sutherland.

The business partners took charge of the entire process from conception to completion, soon realising there wasn’t a company offering such a service in the UK – the firm also expanded into Dubai last year.

“You could say we spotted a gap in the market,” added Mr Young. “At the time, Glampitect was really nothing more than an experiment to test the waters in 2019.

“It very quickly morphed into a much larger company, though, and here we are looking at a very exciting future.” 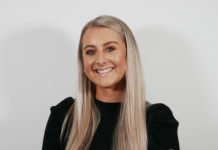