Edinburgh Chamber of Commerce today called on the UK Government to help ease a recruitment crisis which provides a major obstacle to the economic recovery – including issuing temporary visas to foreign workers in the most impacted sectors.

The problem has been caused by a lack of overseas staff following Brexit, along with the continued impact on staffing of the Covid-19 pandemic.

While more training and investment for home-grown talent remains a priority both for the Government and businesses, the Chamber feels this will not solve the immediate problems facing companies unable to meet demands because they lack people with the skills they need to thrive.

According to the latest figures released by the British Chambers of Commerce, in some sectors – notably hospitality which supports tens of thousands of jobs in Edinburgh – 83% of companies are facing difficulty in filling vacancies.

Liz McAreavey, Chief Executive of Edinburgh Chamber, said: “The record level of firms struggling to fill job vacancies last quarter will have impacted on their ability to meet demand for goods and services – adding to existing supply chain pressures.

“And as the Omicron variant continues to cause staff absences, many firms could see any progress they have made slip back.

“More business investment in home grown talent – and creating a more inclusive and diverse workforce – is key to solving pervasive skills shortages, but this won’t happen overnight. Burdened with high levels of debt, escalating wage and input costs, damaged cashflow and an uncertain economic environment, employers need help to get back on their feet.

“The government must do all it can to ensure people can access rapid retraining opportunities for in-demand jobs, issue temporary visas for lower skilled jobs – where there is clear evidence of a national shortage – and ensure there are no further upfront costs on business for the remainder of this parliament.”

New figures released today by the British Chambers of Commerce saw the proportion of firms struggling to recruit staff reach new record levels. The data for the leading business group’s Quarterly Recruitment Outlook survey for Q4 2021 was drawn from a survey of over 5,400 businesses.

Attempted recruitment in Q4 was up on previous quarters with 64% overall attempting to recruit staff (61% in Q3). However, the proportion of firms reporting difficulties filling roles reached a historical high at 79%, up from 77% in the previous quarter. 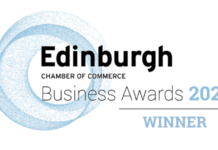 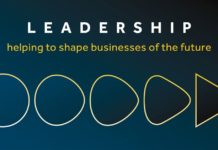 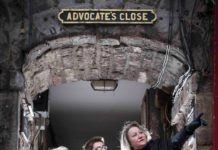 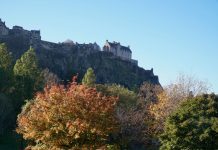 Support for tourist tax from Edinburgh Chamber of Commerce survey

Sputnik sign up to a deal with Edinburgh Chamber of Commerce

#Edinburgh2050 – A vision for young people