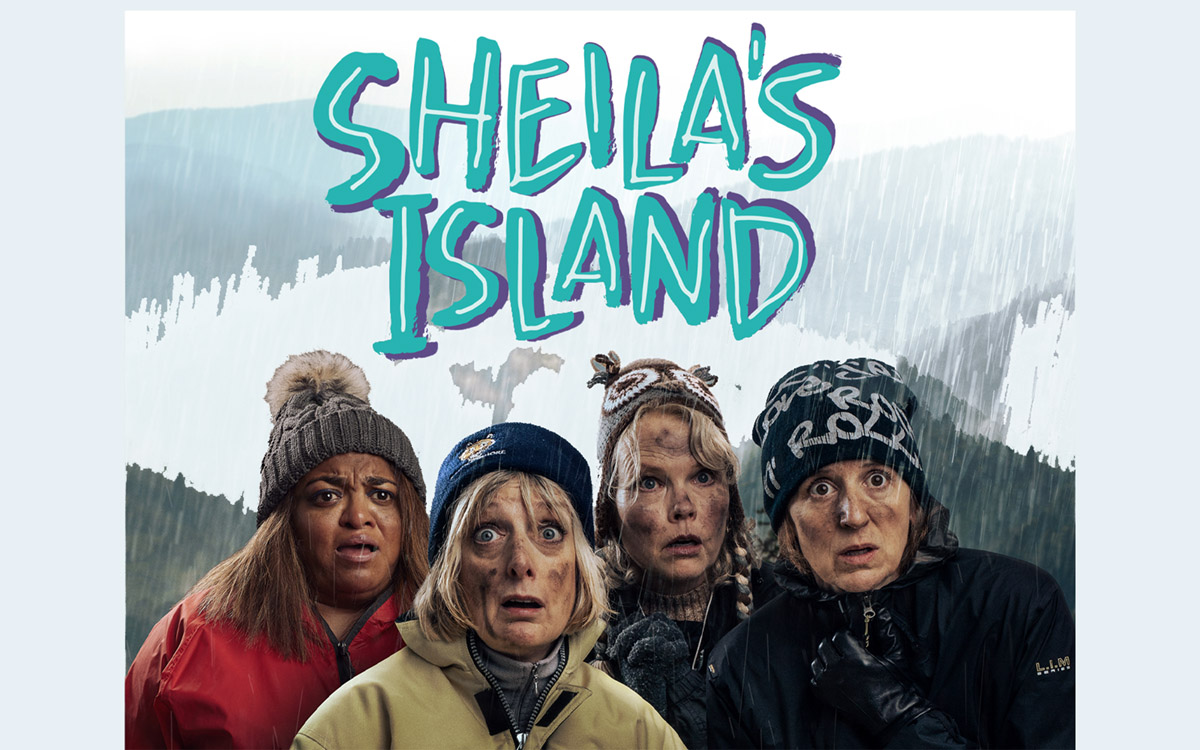 As the mobile batteries die, and cold and hunger take over, our intrepid heroines find themselves called on to manufacture escape routes using cable ties and spatulas and create a rescue flag with plastic plates and a toasting fork. Is it possible to build an adequate night shelter with a prom dress and a sleeveless jumper? Is there an ‘I’ in Team? And do endless verses of Kumbaya really keep up spirits?

Rooted in the everyday lives of four women finding themselves truly out of their comfort zones, Sheila’s Island examines what lies beneath the superficiality of office relationships. With vulnerability, viciousness, painful honesty and great wit, we can all (female or male) see some of ourselves in Sheila, Denise, Fay and Julie.

Tim Firth commented, “As a male writer I initially thought what happens on the island could only happen between men. It took Joanna Read to remind me that shoddy, childish and viciously destructive behaviour is not the exclusive preserve of the male sex”.

Joanna Read, Director of Sheila’s Island and Chief Executive of Yvonne Arnaud Theatre commented, “I’ve had a very enjoyable time demonstrating to Tim quite how mean women can be. I’m thrilled to be working with such a talented, well-known cast. They have so much comedy experience between them it’s going to be hysterical working together”.