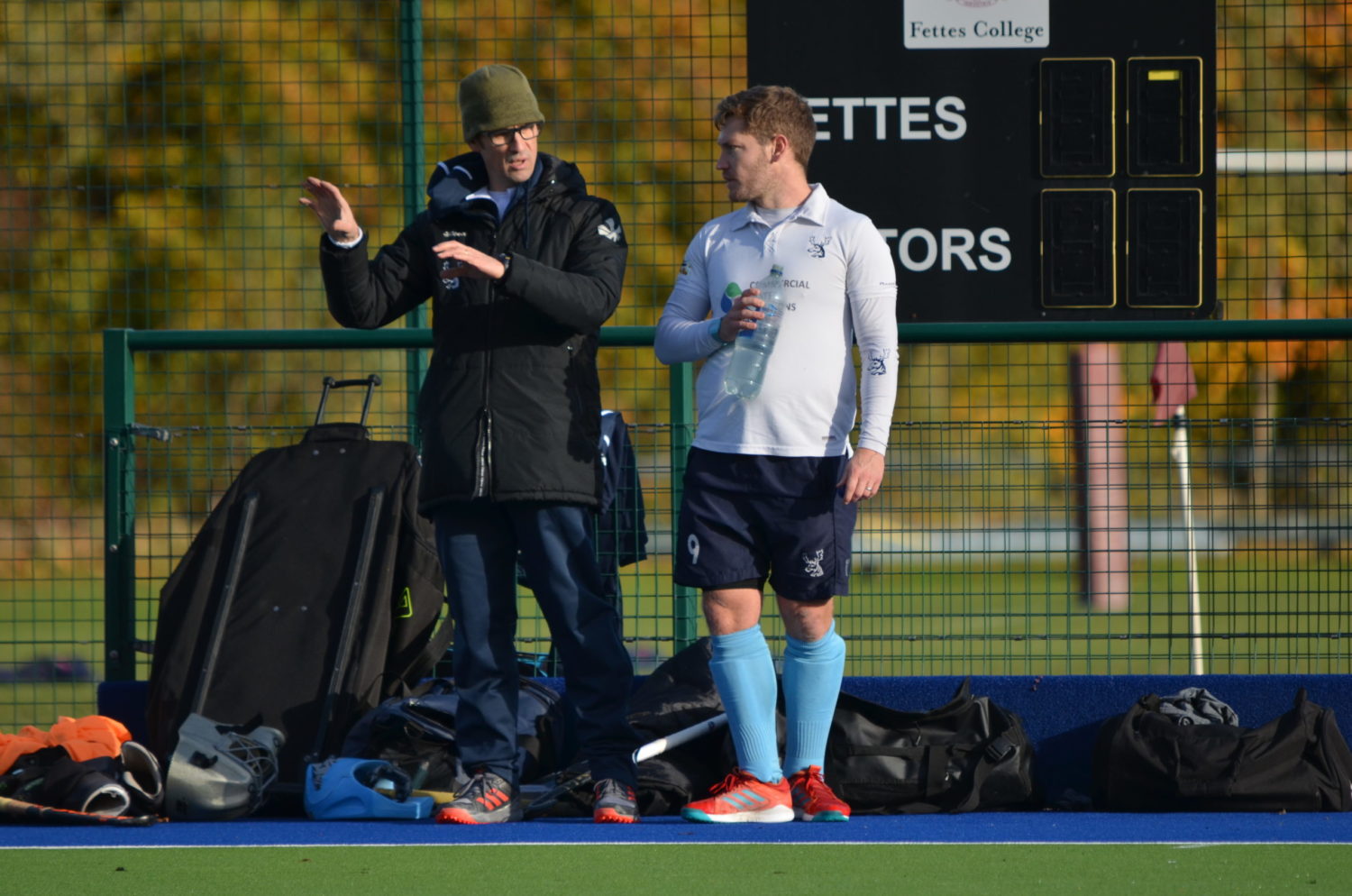 Edinburgh University underlined their growing status in the men’s Premiership with a 0-0 draw against title-chasing Grange at Fettes College.

The game was actually the students’ home fixture but they normally train on a Monday and Thursday and were unable to get a pitch at their home base at busy Peffermill so opted to come to Grange.

The point moved Grange level on points with early pace-setters Western Wildcats and shock-troops Dunfermline Carnegie but the Edinburgh combine move into second spot on goal difference from the Fifers.

The students jump two places into fourth on goal difference, pushing Clydesdale down to fifth and Watsonians into sixth.

However, the University team did not enjoy the lions share of possession on a clear night, perfect for playing, but they had chances including one for player/coach Hamish Imrie from a narrow angle on the right in the dying seconds.

Bustling Cypriot Costas Stylianou also tested goalkeeper David Forrester from wide on the right but the Scottish international was equal to the task.

Grange had five penalty corners and failed to make any count as well as several opportunities with Fraser Heigh, who has been razor sharp in recent weeks, having one of the best.

He picked up the ball just inside the opposition half and drove towards goal before sending the ball inches wide and earlier a deflection tested the University’s young goalkeeper, Martin Rose, a Scottish under-21 international, low down.

Imrie’s men have collected four points out of a possible six in three days having thrashed city rivals Inverleith 5-0 on Saturday also on the road.

The former Grange player said: “The boys have done a lot of work. To be fair, Grange had a lot of possession but they did not create many chances. The draw is probably a fair result, but the boys are disappointed.”

Callum Milne (pictured right), his opposite number, has now seen his men drop five points out of six in two days and both matches were at home.

Western won 5-2 at Fettes College on Sunday and Milne admitted: “We are obviously disappointed and we are in a low spell currently and not clicking.”

Elsewhere, Watsonains lost a late goal to draw 2-2 with Kelburne in a close contest at Glasgow’s National Hockey Centre.

The Edinburgh side’s player/coach, Dan Coultas, Kelburne defended 1v1 and the Scottish international admitted: “That is the most difficult we have found it to create chances so far this season.”

He said that as the game progressed Watsonians lost their shape which allowed the Paisley side room to attack.

Coultas added: “We should have won the game having gone 2-1 up with two minutes to go but a lack of experience in closing out games showed and led to a disappointing goal being conceded.”