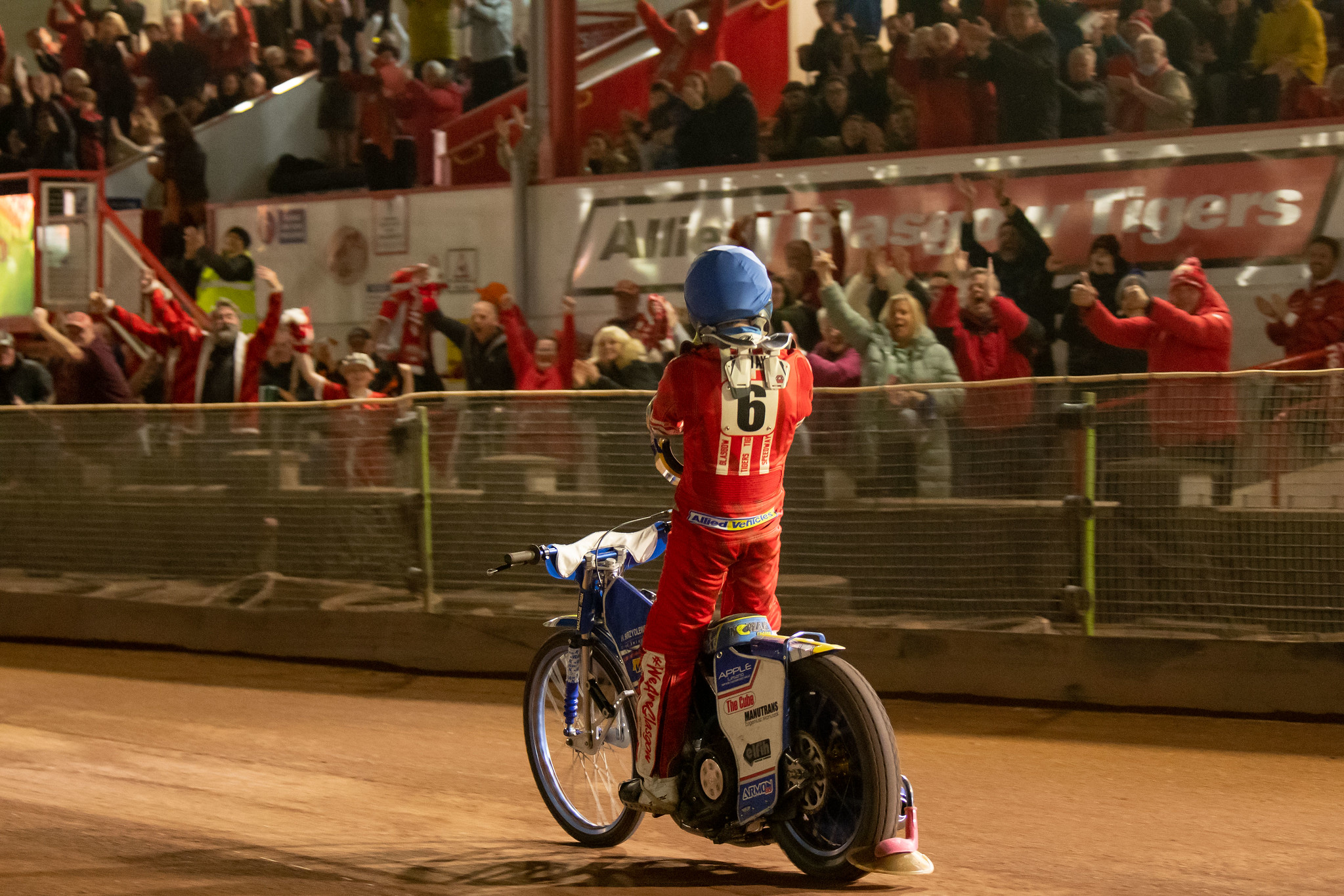 Glasgow Tigers begin their quest for their first league and cup double since 1994 and biggest rivals Edinburgh are blocking their way in one and could do so again in another.

Monarchs hold a 12-point lead over Redcar Bears in their quarter-final with a home leg at Armadale to come.

Tigers have won both cup competitions separately over the last decade but enjoyed their most successful period in their history when winning back-to-back doubles in 1993 and 1994.

Mid-season Polish signing Marcin Nowak (pictured by George Mutch) said: “There is a real team spirit where we all want to do well and Sunday is a really big fixture.

“This is where it matters and where everyone needs to score well. Sunday, hopefully, is the start of it all and by the end of the year we will have something to give the fans.”

James Sargeant, a former Edinburgh rider, suffered leg and pelvic injuries in a nasty, high-speed, first-bend crash in the first heat on Friday forcing the meeting to be abandoned.