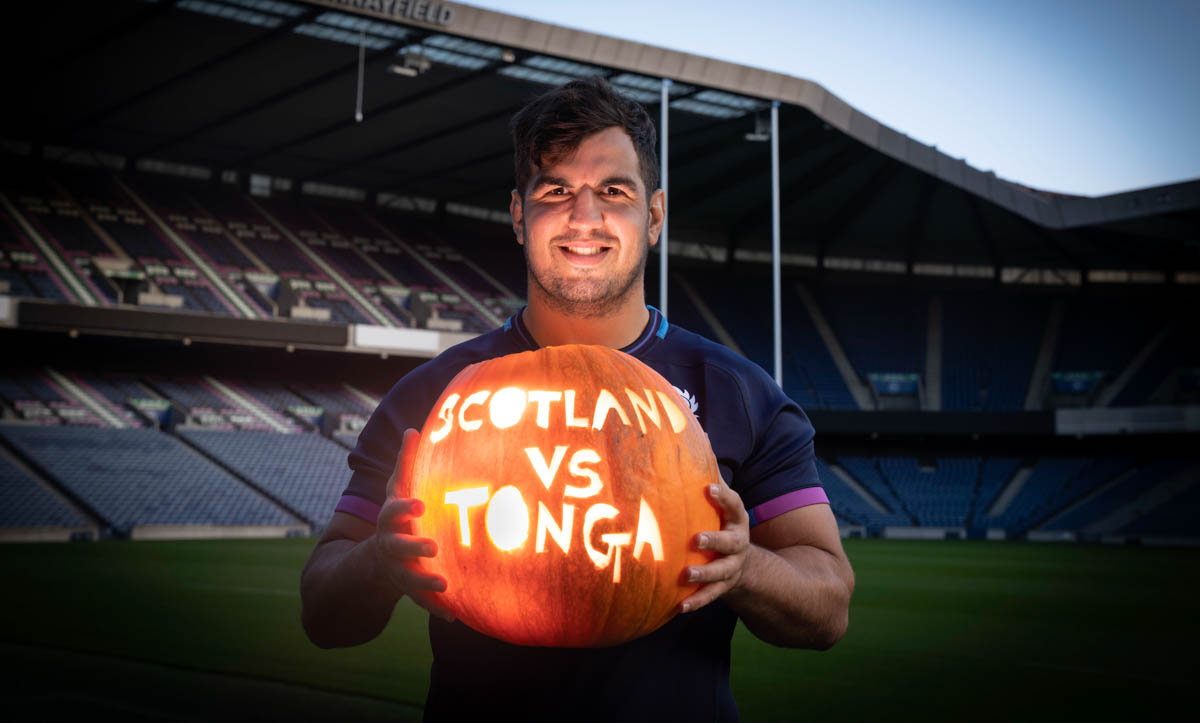 BT Murrayfield is warming up to host Scotland’s biggest ever Hallowe’en Party – and everybody’s invited.

Fans will be able to watch the national men’s team live in a home international for the first time since March 2020 when Scotland take on Tonga in the Autumn Nations Series opener on Saturday, October 30.

The sides will help brew up a carnival atmosphere in Scotland’s famous rugby cauldron, which will be transformed into a spectacular Hallowe’en party as thousands of fans swap their Scotland and Tonga strips for fancy dress.

And with tickets for kids priced at just £1, a new generation of Scotland supporters will have the opportunity to experience the magic of BT Murrayfield for the first time.

Scotland and Tonga go head-to-head at BT Murrayfield for the first time in 20 years, and returning fans and those making their BT Murrayfield debut will be treated to excitement on and off the pitch including a Halloween Instagram trail and a performance from Scottish singer-songwriter Callum Beattie.

Following a frustrating 20 months playing in front of empty stands at the national stadium, Scotland star Stuart McInally can’t wait to take to the BT Murrayfield turf before a new generation of supporters on such a special occasion.

The 31-year-old hooker, who became a dad for the first time less than a year ago, said: “The atmosphere at BT Murrayfield is always incredible, but after more than 20 months with the national team being unable to play in front of supporters, this will be extra special.

“As the father of a young son, I am so excited for all the days we’ll have at the rugby together. I also can’t wait to have my family in the crowd at BT Murrayfield supporting the team for the first time in far too long.

“A Hallowe’en party is the perfect way for new fans to enjoy the atmosphere – I’m sure everyone will be in the Hallowe’en spirit. We can’t wait to play in front of our fans again.”

After Scotland’s planned summer test series was cancelled due to Covid-19, the Autumn Nations Series provides an opportunity for Scotland to prepare for the 2023 Rugby World Cup, where Tonga could well be Pool B opponents.

Scotland’s last game against Tonga at BT Murrayfield was a 43-20 win for the home side in 2001. The visitors also famously defeated Scotland in Aberdeen in 2012, before Scotland avenged that loss in 2014 in Kilmarnock.

The Tonga clash is the first game in this year’s Autumn Nations Series at BT Murrayfield, which will also see Scotland host Australia, South Africa and Japan. The Australia and South Africa matches are already sold out as fans rush to see the Scotland men’s team in action once again.