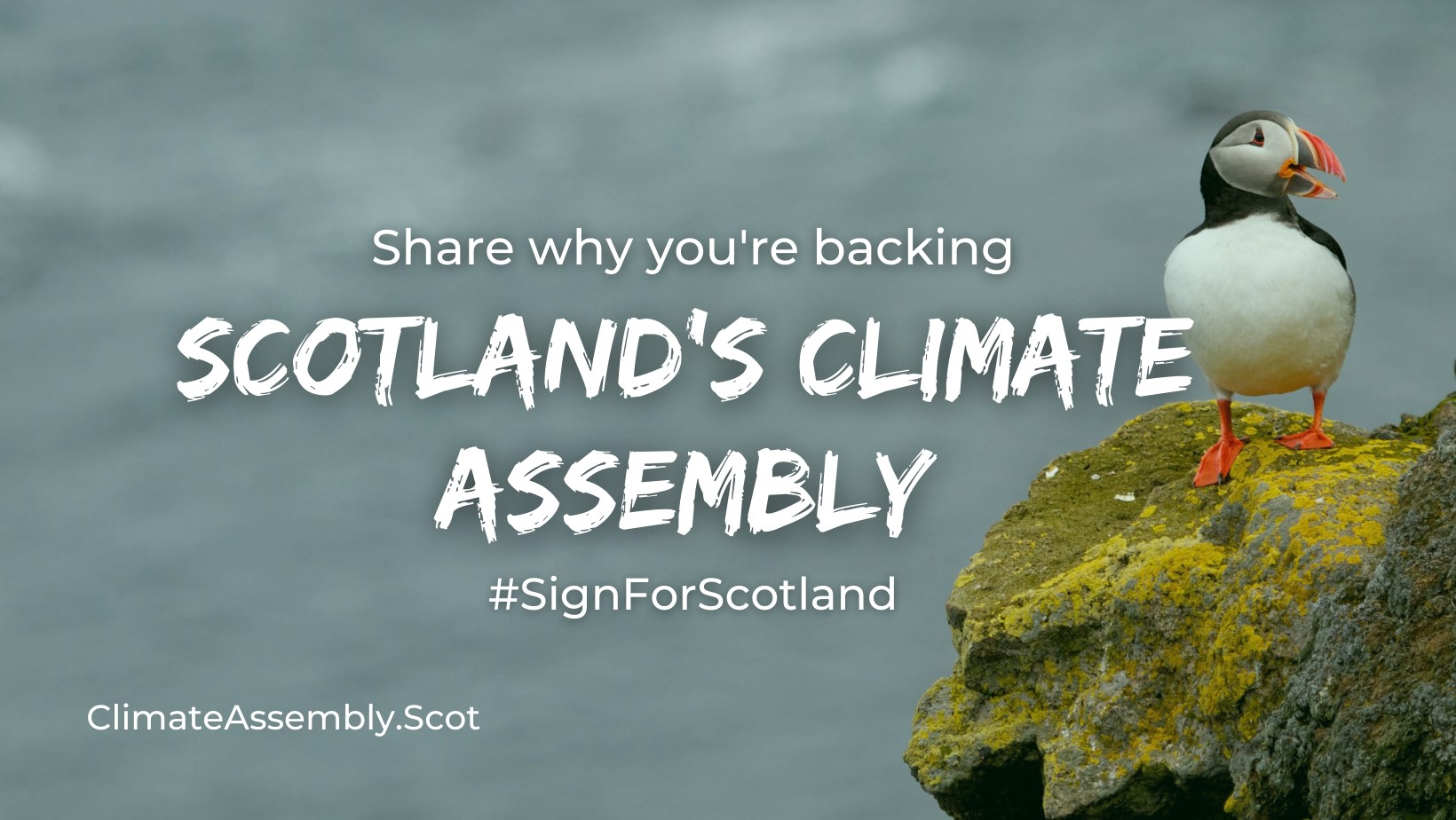 The City of Edinburgh Council was the first to sign Scotland’s Civic Charter on Climate, a landmark document also signed by universities, charities and companies all over the country.

The Charter which is addressed to The Scottish Government, Scottish Parliament, and to Scottish society as a whole, proclaims “Scotland now has a mandate from its people to provide genuine global leadership on climate change.

“Through the Climate Assembly, ordinary people from across the country have laid the foundations of a strategic vision and urgent plan of action for Scotland to deliver on its climate change commitments.

“Policy-makers need to take heed of both the Assembly’s specific recommendations and the spirit of their report. Clarity on a national strategy that delivers on the Climate Assembly’s level of ambition will make all the difference.”

Anyone interested in signing up to Scotland’s Civic Charter has been invited to post their support on social media using #SignForScotland.

Scotland’s Climate Assembly has 100 members broadly representative o f the country in terms of age, gender, household income, ethnicity, geography, rurality, disability, and attitude towards climate change. The body heard evidence from more than 100 speakers and spent more than 60 hours considering the evidence and agreeing the common ground on tackling the climate emergency.

It published a report in June 2021 recommending 81 steps to tackle climate change in a fair and effective way in areas such as transport, domestic heating, emissions, public procurement and land use. It proposes plans for a National Nature Service to create jobs in environmental protection and rewinding, training for green jobs, major cost reductions to public transport and a single “Oyster card” system to help integrate the country’s transport system. All new homes to be built should meet the Passivhaus standard and there are plans for retrofitting existing homes by 2030.

“As a nation we have the opportunity to be pioneers, by taking immediate action to empower our next generations to lead sustainable lives by setting up the framework now,” Assembly members write. “As a society we will need to change and adapt to meet the challenges, and recognise that there will be costs. But failure to act now will mean greater expense, and more difficult changes in the future, in order to avoid catastrophic costs to the planet.”

The Assembly’s report included calls to action from over 100 children across Scotland who participated as climate investigators with the Children’s Parliament.

The City of Edinburgh Council’s Environment Convener Cllr Lesley MacInnes said: “Last month we were very proud to become the first Scottish local authority to put our name to this hugely important document. Doing so sends a clear signal to those who look to us as a Capital city that we and our partners are prepared to take bold action and find the right solutions in the face of the climate change emergency.”

Lewis, a member of the Climate Assembly, said: “Signing the civic charter will help the Assembly overcome one of its biggest challenges; getting a commitment from policy makers. This will make our MSPs use their voices to enact these changes, and help us hold the government to their promises.”

Anna Fowlie, CEO of the Scottish Council for Voluntary Organisations, said: “The climate emergency is all around us, right now.  Scotland’s rhetoric is great, and it’s time to show real global leadership by turning those words into action.  Charities, community organisations and social enterprises all have a part to play and that’s why SCVO is proud to support the Climate Assembly by signing the Civic Charter.”