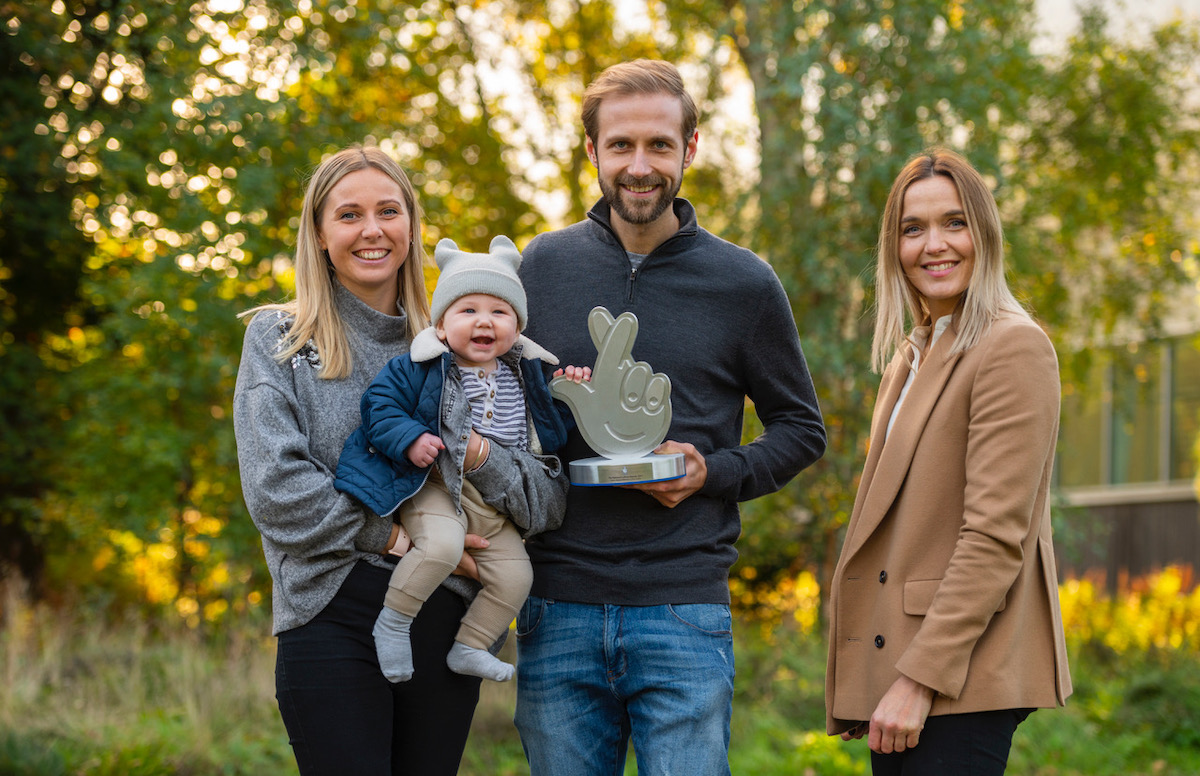 Chris Sellar was honoured on Thursday morning by Olympic cyclist, Victoria Pendleton, at a ceremony at Oriam.

Chris from Edinburgh ran 280km earlier this year to raise funds for mental health charities, and has won a 2021 National Lottery Award to recognise his fundraising efforts which have gathered more than £20,000 in sponsorship.

Sports development professional Chris, 30, lost his mum to suicide in January 2020 a short while after his dad passed away from cancer.  Sport had always been a big feature in Chris’ life and so he turned to running as a way of helping him stay positive and process his emotions in this difficult period.

In January this year, to mark a year since losing his mum, Chris pledged to run 10km a day for 28 days – the equivalent of six and a half marathons over the course of his challenge with donations going to Survivors of Bereavement by Suicide (SOBS). SOBS is funded by The National Lottery and has supported Chris during the last year.

said: “It has been an incredibly tough time for me and my family. My mum had battled with poor mental health almost the full duration that my dad was diagnosed with terminal cancer in 2018. Since mum’s passing, we have processed our loss in many ways and, for me, running has been a hugely important outlet.

“Doing the 10k 28-day challenge was a way of raising awareness not only of the benefit of sport for mental health but also of the brilliant charities that have supported me and my family.

“I think it’s so important to talk openly about mental health and suicide to potentially help others and reduce some of the stigma around these topics.

“It is a great honour to win a National Lottery Award and receive this recognition.  I am keen to let people know that there is a way through the most difficult of times by looking after your own mental health and there is support out there in whatever way someone might need it.”

Victoria said: “I have always been a strong believer that physical and mental health go hand in hand.   I know myself how important sport is in dealing with the stresses that life throws at us.

“Chris is an outstanding example of harnessing the power of exercise to boost wellbeing. It’s a great honour to give Chris this trophy for The National Lottery Awards Sport hero.  I hope his story inspires more people to think about physical activity as a way of keeping their mental health in-check.”

Chris is a former member of the sportscotland Young People’s Sports Panel. He will receive a £3,000 cash prize to donate to a charity of his choice and a National Lottery Awards trophy.