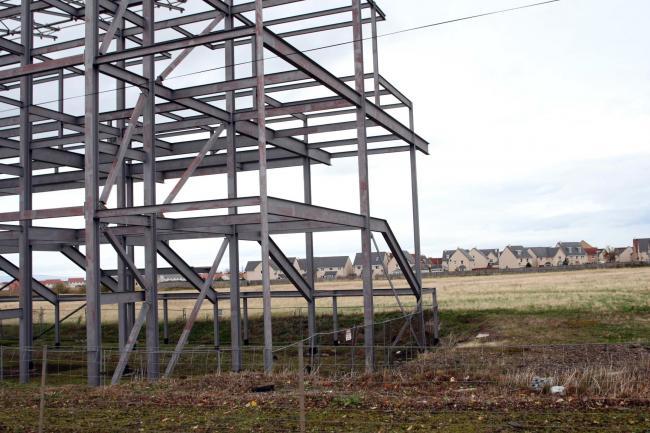 Plans for a controversial greyhound racing stadium in East Lothian have officially been dropped – 20 years after they were first put forward.

The firm behind the stadium, Sirius Sport and Leisure, successfully applied to build housing on adjoining land at Barbachlaw Farm over the years, arguing it was the only way to fund the project.

However the housing was tied into an agreement with East Lothian Council that the racing venue would be built.

Now the council has agreed to release the firm from the obligation after it applied for a change to conditions to allow family butchers John Gilmour to take over the land.

Sirius Sports and Leisure director Howard Wallace, who has been the driving force behind the partially built stadium, applied for the change in June having admitted the stadium was no longer viable.

In a statement to the council Mr Wallace said that changing attitudes towards greyhound racing in society and among politicians along with the closure of a number of UK stadiums had led to his decision.

He said: “I regret that, against this evolving background, I have not been able to proceed with the stadium any further.

“My company Sirius Sports & Leisure has written off stadium costs of £2.53million in its accounts.”

It was revealed John Gilmour Butchers had come to a conditional agreement with Sirius Sport and Leisure to take on the stadium site.

In a statement lodged with the council in support of the application, the family butchers firm said it intends to move its Macmerry operations to the site so it can expand.

The firm want to create a new butchery, a processing facility for a new range of plant-based foods, a deli, food hall and create 40 new jobs.

Plans for a greyhound stadium at Wallyford were first put forward in 2001 and finally approved four years later as part of a mixed use development including business and housing.

However, the council included a condition that work had to start on the steel structure of the stadium before any housing could be built.

The steel structure of the proposed main stand was erected – and has remained in place for more than 15 years.

Development of the stadium stalled after the steel stand frame was put up – with a major housing development subsequently built north-east of the site – and developers saying they needed to build more housing to finance the leisure project.

In 2013 Sirius Sport was granted planning permission, on appeal, to Scottish Ministers for 94 house at the site with a condition that funds from the houses would be used to fund the stadium.

That application sparked a campaign to stop the stadium being built with an online petitions gathering thousands of signatures and local councillors and politicians lobbied by protesters.

News that the council had agreed to remove the stadium from a condition for the site was welcomed on social media with one Twitter user tweeting “It’s over!”

The Animal Welfare Party added their voice tweeting “Great news for animals in East Lothian. The racing of dogs has no place in civilised society.”

And the Alliance Against Greyhound Racing praised the work of campaigners in Scotland saying “thanks to their campaign the developer noted the changing public attitude to gambling on dogs.”