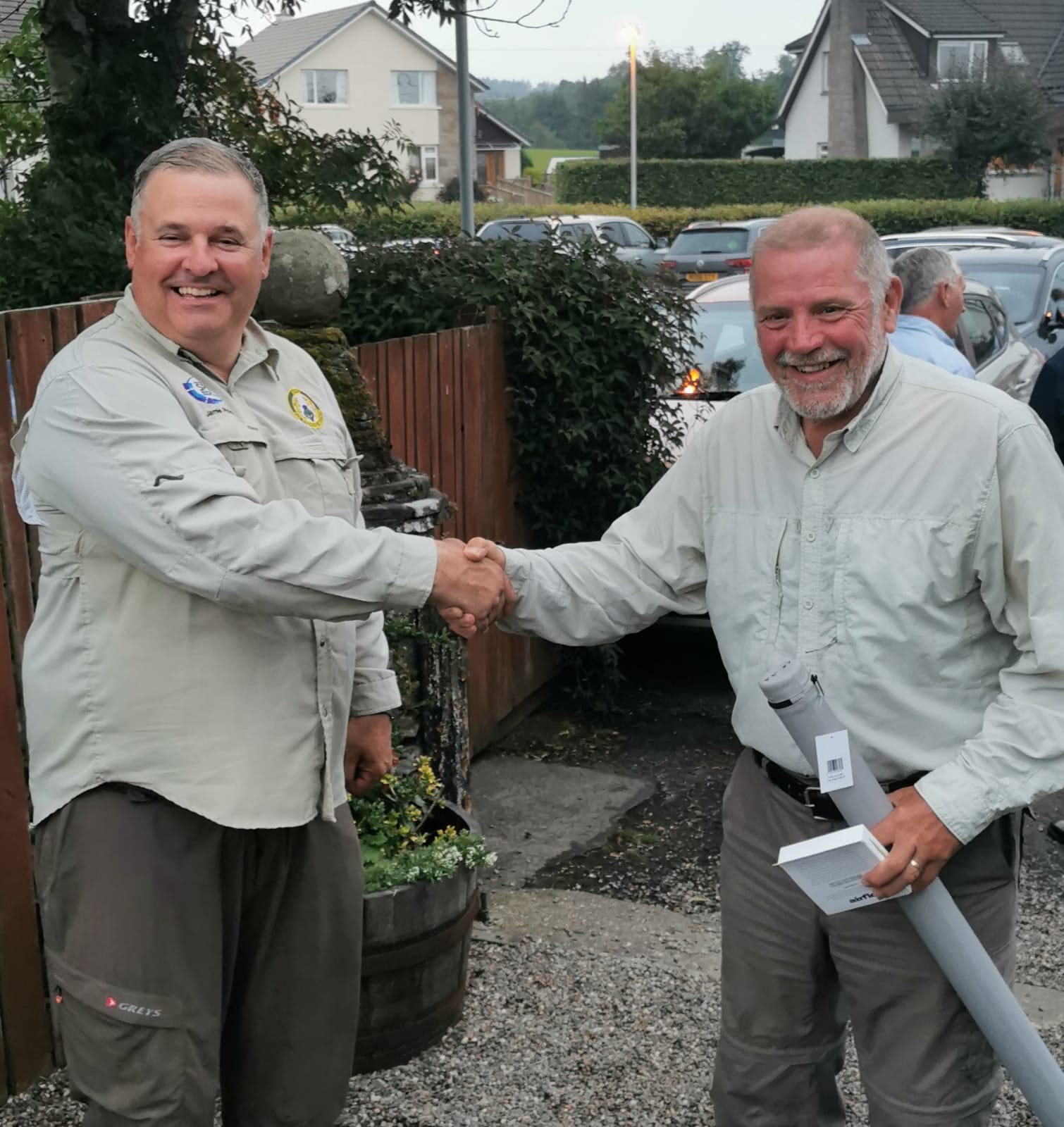 Top rod in the Police National Championship held at the Lake of Menteith near Stirling was Keith Anderson fishing with a Lothian section.

Keith was fishing in Hotel Bay using a mid glass sink tip and two diawl bachs and a mini-lure.

Other good bags were along the rope and over the deeps in Gateside with all tactics producing good bags. Kenny Miller of Strathclyde had eight on dries.

In all, the 52 rods landed 142 fish and Keith (right) is pictured with the event organiser, Jamie Picken.

The water temperature at the lake was 19c at 6ft and the clarity was 2.9m and the lake hosts the Scottish Open Fly Fishing Championship on Sunday.

Anglers from the Lothians are in the field and another major event on Sunday is the Clyde and Western Region open shore pegged match.

Over 100 anglers are scheduled to take part in what is understood to be Scotland’s biggest event of its type and it is held along a 1.5 mile section of the esplanade.