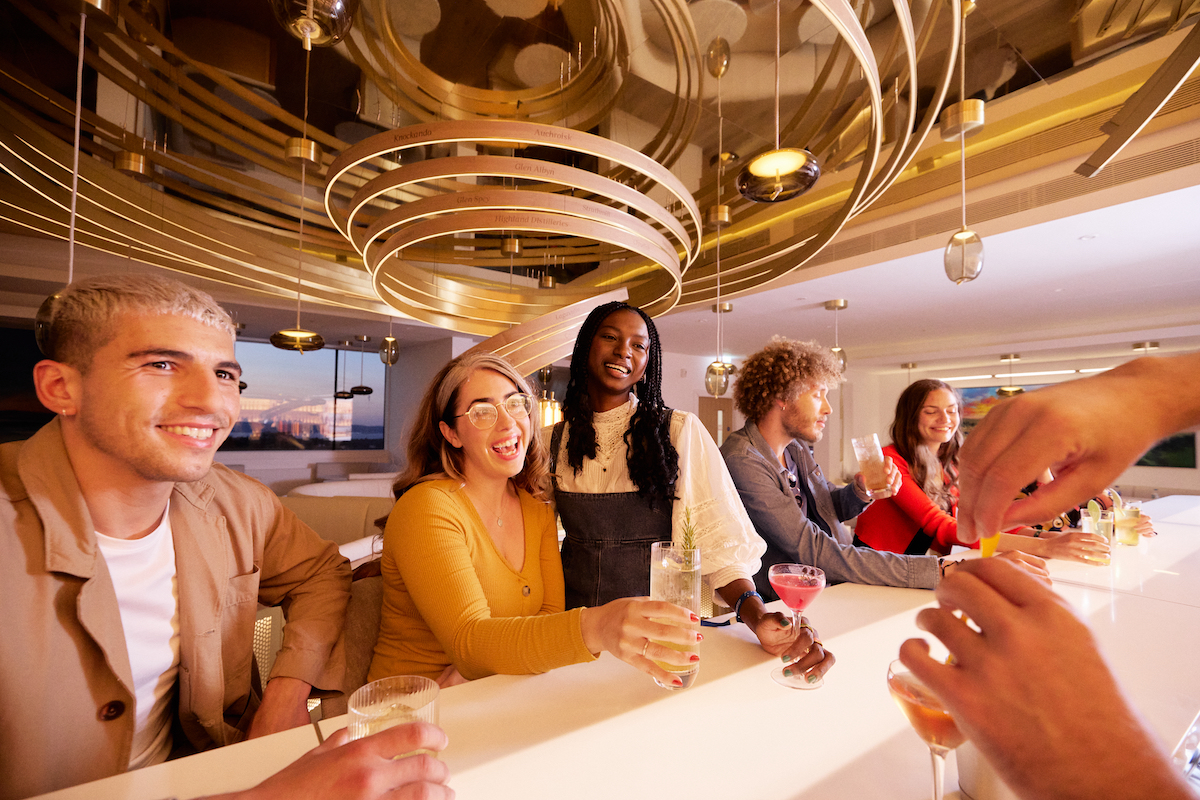 In a complete remodelling of the former Binns store, Diageo has created the Johnnie Walker experience at the corner of Princes Street and Queensferry Street which is launched today.

The extensive work has taken four and a half years and is central to the whisky company’s £185 million investment in whisky tourism in Scotland. Visitors will be taken on a Journey of Flavour tour during which they can select from rare whiskies, fill their own bottles and have them personalised. With more than 800 flavour combinations on offer it would take more than two years to sample them all.

There are 150 people employed in the new store, speaking 23 languages among them.

Ivan Menezes, Chief Executive, Diageo said: “This is a proud day for everyone. Last year Johnnie Walker celebrated 200 years since founder John Walker opened the doors to his small grocery store and today represents the next chapter of the incredible story. Johnnie Walker Princes Street is a landmark investment in Scotch whisky and into Scotland and it sets a new standard for immersive visitor attractions. It celebrates Scotland’s remarkable heritage, our incredible skilled whisky-makers, and looks to the future by engaging new generations of consumers from around the world in the magic of Scotch whisky.”

There are two rooftop bars and a terrace with views over the city. The Explorers’ Bothy whisky bar has a selection of 150 whiskies and the 1820 cocktail bar will offer drinks paired with a curated menu representing the four corners of Scotland. The herbs grown on the rooftop will be used as garnishes in the drinks served. The building has already been awarded a Green Tourism Gold Award for sustainability.

Barbara Smith, Managing Director of Johnnie Walker Princes Street, said: “We’re thrilled to be opening the doors and helping to re-build the tourism and hospitality industry after a very difficult 18 months. The story of the world’s best-selling whisky has been brought to life with flair and imagination and we have built a team which includes some of the most talented individuals in their fields. We are now ready to welcome visitors and begin telling the next chapter of how we are woven into the fabric of Scotland’s history and communities.”

The eight floor visitor experience will open to the public on Monday. Tickets for tours start from £25 per person, including a 90-minute tour and three personalised Scotch whisky samples with non alcoholic alternatives available.