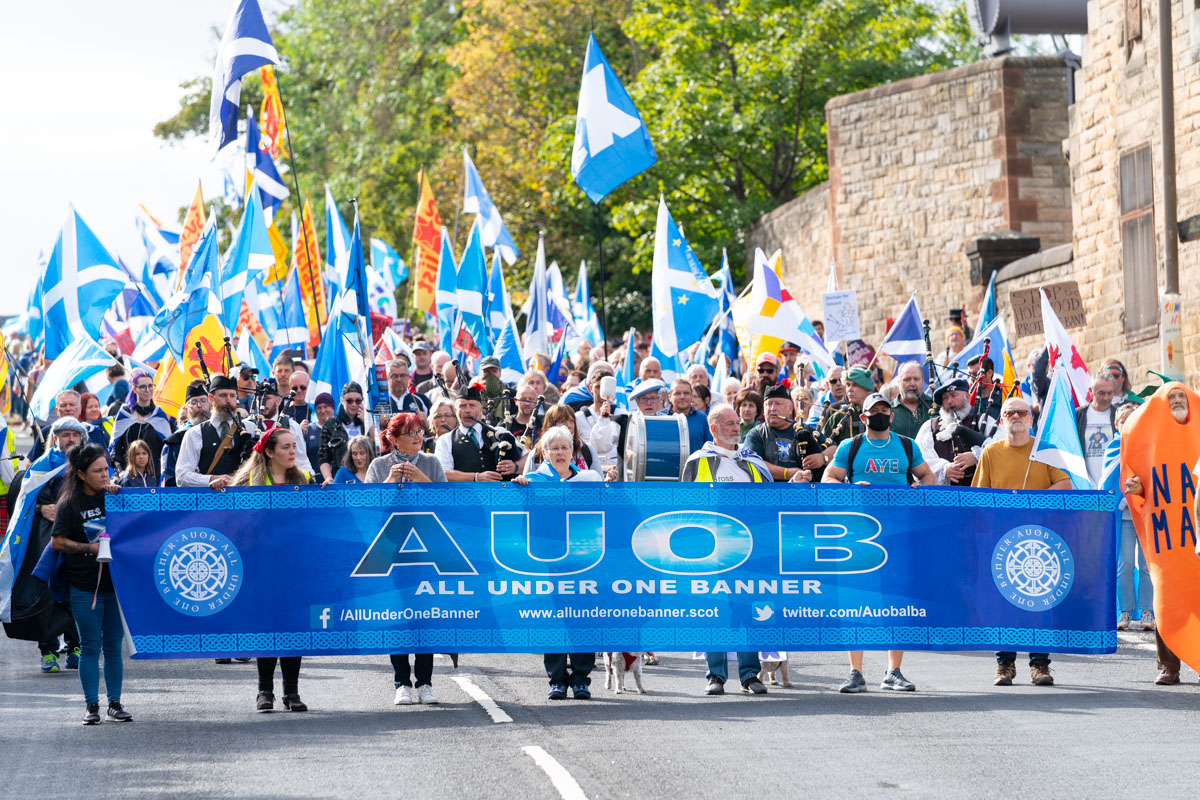 Although their original route had to be abandoned, the independence supporters All Under One Banner marched today from The Royal Commonwealth Pool to The Scottish Parliament to highlight their cause.

This was the first occasion since before the pandemic that AUOB has been able to take to the streets.

There were saltires flying from every row of marchers and the atmosphere was friendly, but with a certain determination in the air.

The messages were clear – Tories out and Independence now.