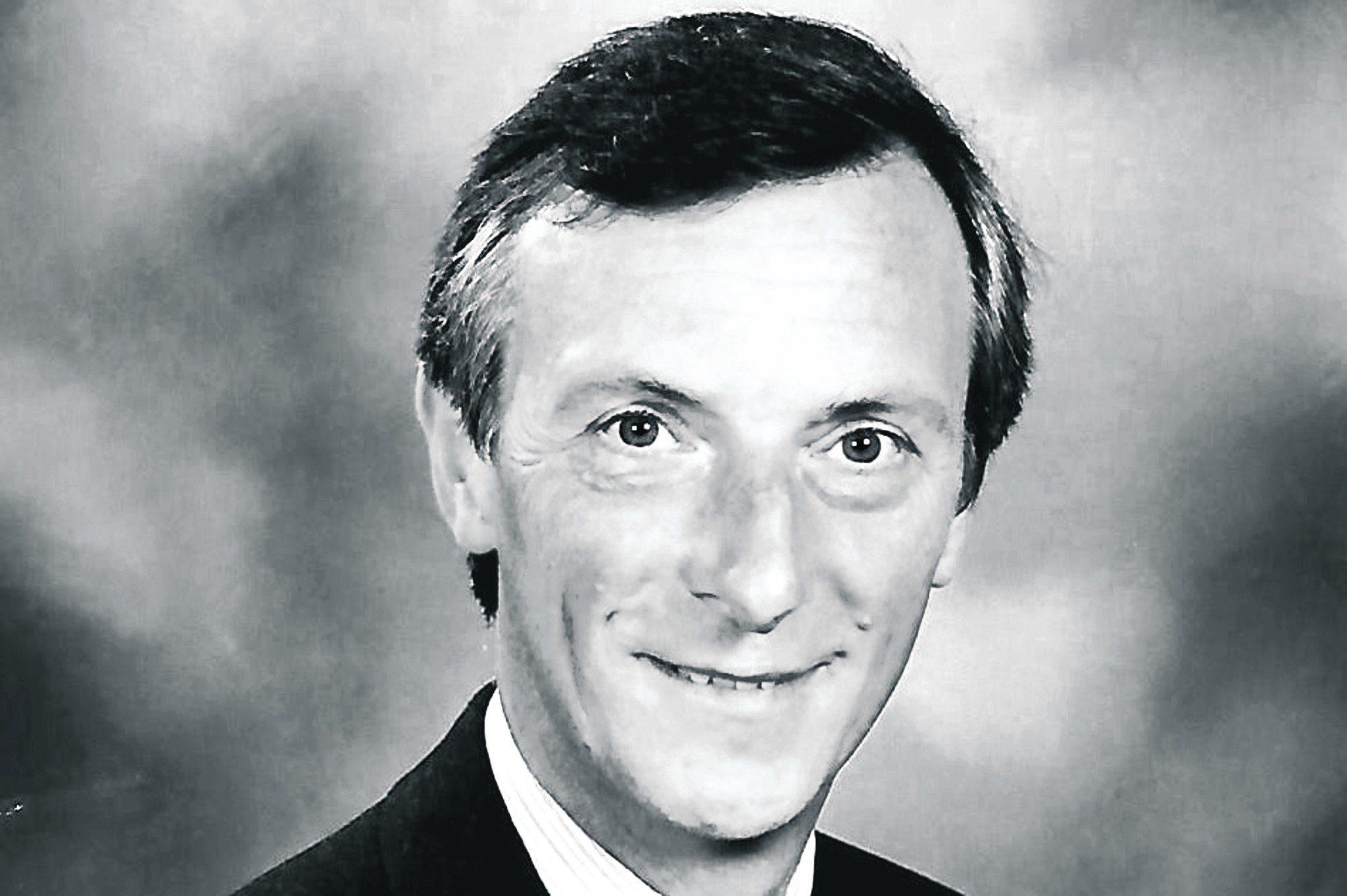 When Michael was three, his mother was taken into hospital near Inverness suffering from acute post-natal depression.  The condition was little understood in the early 1950s, and certainly not as treatable as today, for she died in that same hospital six years later as a result.  He was brought up instead by his paternal grandmother at Foulis Castle, north of the Black Isle, and those early years spent in relative loneliness in the Highlands were to shape the rest of his life.

At thirteen he was awarded a scholarship to Fettes College, Edinburgh, where he excelled in all aspects of school life.  Studious and inquisitive by inclination, popular with his peers and teachers, and with a good eye for a ball, he took advantage of the many extra-mural activities that Fettes offered.  His claim to fame during this period was being obliged to discipline his “fag” Tony Blair, but Michael never revealed the nature of the latter’s misdemeanour, nor the punishment.  He secured a conditional place at Cambridge but, due to an administrative error, he ended up reading law at the University of Aberdeen.

In 1971 he was appointed as an articled clerk to Brodies WS in Edinburgh – one of Scotland’s foremost law firms.  On arrival, the senior partner advised him that it would benefit him to apply for membership of two august bodies: The Honourable Company of Edinburgh Golfers (Muirfield) and The New Club, Edinburgh.  With characteristic obstinacy he applied to neither.  Instead, he took up trackside marshalling with the Scottish Motorsport Marshals’ Club – an unusual pastime, but one to which he devoted many years and hours of administrative as well as practical work.  It gave him enormous pleasure to be made President of the club in 2020.  He vowed never to play golf, and kept true to his word throughout his life.

Aged only twenty-four he was the youngest person ever to be made a partner by Brodies.  A sound technician, he developed a full knowledge of the law with an acquisitive interest in all aspects that affected the countryside.   He became a specialist in agricultural law where his expertise and encyclopedic knowledge were regarded throughout his profession as second to none.  Perhaps best described as a lawyer’s lawyer, he was a pastmaster at finding clever, but sensible, solutions to the knottiest legal problems and tracing a way through the maze of a complicated property transaction. He was renowned for his diligence and his deft care for clients who ranged from crofters to many of Scotland’s wealthiest and most influential landowners, all of whom he treated with the same loyalty, humility and respect.  Remuneration from his cases was of no importance to him: the only thing that mattered was what was right.

By the mid-1990s his name appeared third on the list of partners at Brodies, and he had become a key member of the Rural Affairs Committee of the Law Society.  The course seemed set for him to become senior partner.  But notwithstanding his prodigious contribution to Brodies, he did not embrace the commercial imperative which had swept through legal practices in the 1980s and 1990s.  His love of the law and his tenacious dedication to his clients were not matched by a willingness to issue the increasingly hefty invoices, which were anathema to him, but had become all-important to his fellow partners.  The consequence was inevitable, and after many warnings, his services at Brodies were dispensed with.

After Brodies, he joined Gillespie Macandrew, first as a partner and latterly as a consultant.  Consultancy suited his talents, enabling him to avoid any involvement with the day-to-day housekeeping of the business.  Kind and understanding by nature, he devoted himself to mentoring young lawyers and passing on his deep knowledge, particularly of agricultural law.  He taught in parables, giving of his time generously.  But he was never one to embrace the advantages that technology might offer, and only several years after the use of mobile telephones had become commonplace did he reluctantly accept one.  He almost took it as a personal affront if someone sent him an email, and the reply could be guaranteed to be terse.  “Can’t type” was his excuse when challenged.

Foulis Castle, his childhood home, is the ancestral seat of the chiefs of the Clan Munro.  When he came of age, his uncle Pat Munro, then chief, persuaded Michael to join the Council of the Clan Munro Association.  He served continuously for over forty years and proved himself invaluable both in giving wise general advice and on all matters legal.  This included completely rewriting the Council’s constitution, setting up the Clan Munro Heritage Museum Trust and delivering a £1.3m development at the Storehouse of Foulis on the shore of the Cromarty Firth.

Michael devoted much of his leisure time to other pursuits, four notably connected with motorsport.  In addition to his role in the Scottish Motorsport Marshals’ Club, he was a key figure in the Scottish Motor Racing Club and a senior official on the RAC Rally.  At the time of his death he was Chairman of the Royal Scottish Automobile Club, where he had been a member since 1971, and chairman since 1998.  It was, as he once put it, “hard work and good fun in equal measure”.

He was a first-class rifle shot, which combined with his keen interest in deer to make him a very proficient stalker.  Such was his marksmanship that it was only with difficulty that a longstanding client, friend and stalking host managed to persuade him, after many years, to stop using open sights on the hill and to convert to a telescopic sight.

He had three children from his first marriage to Anna Milne: Jamie, himself a father of two, is an ecological process designer, Gemma works for VisitScotland and Peter who is the strength and conditioning coach for the Great Britain Cycling Team.

Two years after the birth of Peter the marriage was dissolved, and in 2000 he remarried.  He retired from legal practice in 2016 and, cruelly, a year later Alzheimer’s was diagnosed.  With unfailing support from his second wife, Linda, he battled against the odds until, out of the blue with no warning signs, he was diagnosed with incurable cancer.  Eight weeks later, he died.

Michael Neill Clifton Gascoigne, Solicitor and Writer to the Signet, born in Inverness on 1 February 1949, and died in Victoria Hospital, Kirkcaldy on 11 June 2021.

Alex Wilson a Leither at heart