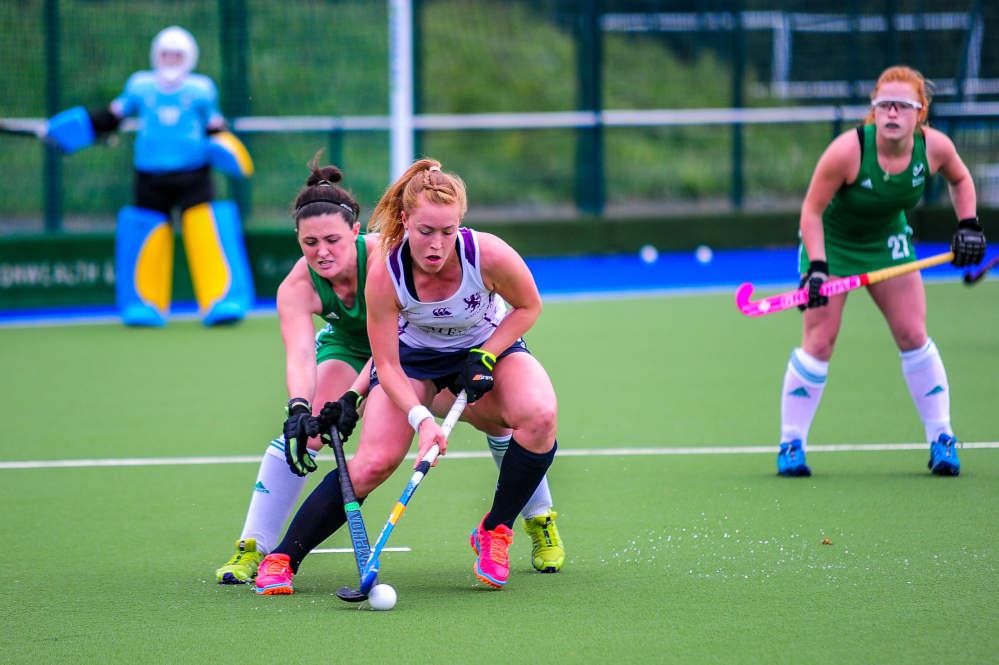 Scotland’s senior women, with a number of Lothians players involved, began their build-up for the World Cup qualifiers with an encouraging 2-0 win over Great Britain Elite Development Programme in a challenge match at Peffermill on Sunday night.

The home side looked comfortable throughout with Sarah Jamieson (pictured) scoring a fine, solo second goal to confirm the win and Scotland’s interim coaching team of Edinburgh-based Chris Duncan and Vikki Bunce from Tayside have named a 20 player squad for the two match series which continues tonight (Monday) at 7.30pm at the same venue.

Duncan, who is head of hockey at Edinburgh Academy, said: “The girls have trained hard over the last few weeks and taken on board all of the ideas we have presented.

“We have been looking forward to seeing them implement these ideas in a live game situation.”

Duncan thanked the GB EDP squad for travelling to support the preparation for such an important competition.

He added: “On a personal level, it is exciting to have our first games together as a brand new coaching team and playing group.”

For the record, the World Cup qualifiers are in Italy in late October when one team from the eight involved will qualify for the FIH Women’s World Cup in Spain and the Netherlands in June 2022.