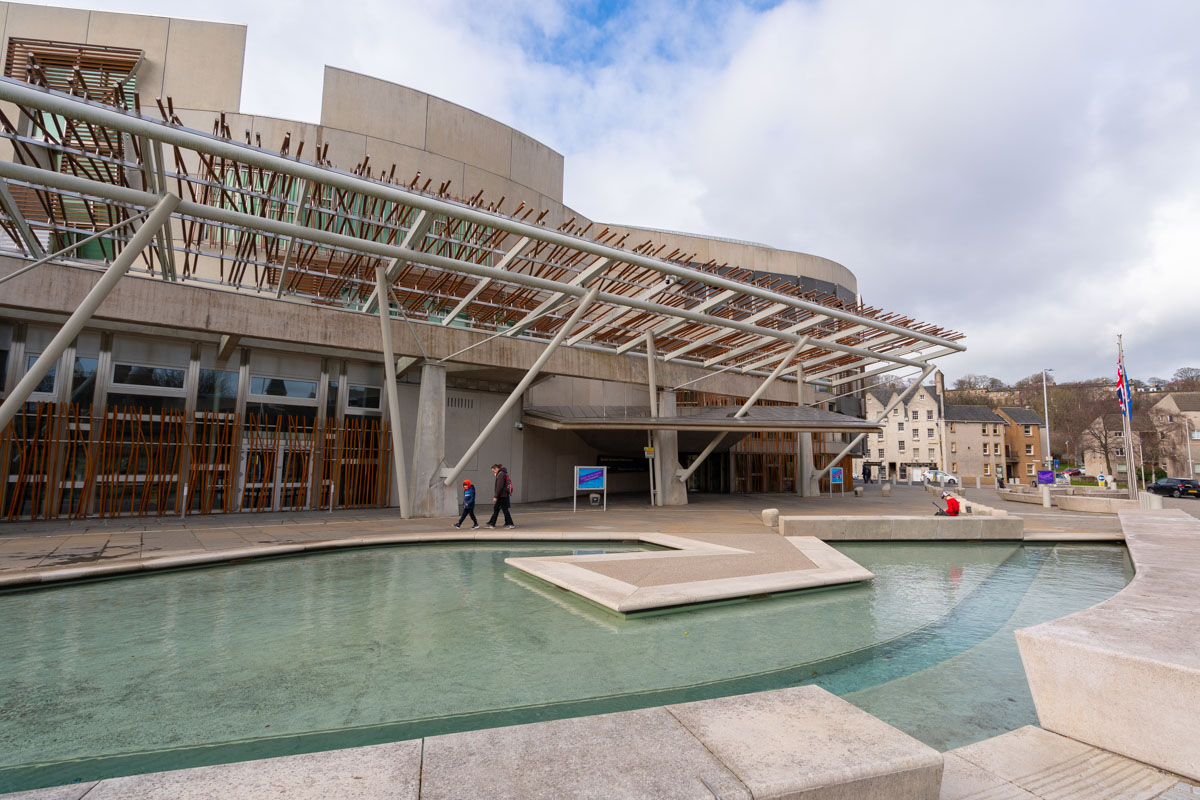 Drugs Policy Minister Angela Constance described the increase in drug-related deaths announced on Friday as “heart-breaking”, and repeated The Scottish Government’s determination to work to address the crisis.

National Records of Scotland figures show that there were 1,339 deaths, an increase of 5% on 2019 and the highest figure on record.

Other key findings in the report include:

·       Men were 2.7 times as likely to have a drug-related death than women, after adjusting for age.

·       After adjusting for age, people in the most deprived parts of the country were 18 times as likely to die from a drug-related death as those in the least deprived.

·       Greater Glasgow and Clyde had the highest drug-related death rate of all health board areas, followed by Ayrshire and Arran and Tayside.

·       Scotland’s drug-death rate continues to be over 3½ times that for the UK as a whole, and higher than that of any European country.

Alan Ferrier, Head of Demographic Statistics, said: “Sadly, last year saw the highest number of drug-related deaths in Scotland since reporting began 25 years ago, and 59 more deaths than were registered in 2019.

“At the beginning of the century, the rate of drug-related deaths in Scotland’s most deprived areas was 10 times that of our least deprived areas. By 2020 this gap had increased to 18 times as high.”

From September, there will be quarterly reporting of suspected drug deaths to enable better surveillance and response from all those involved in tackling this public health emergency.

A national mission on the crisis was announced in January following the appointment of Angela Constance in December 2020 to the newly created post of Drugs Policy Minister.

Since then The Scottish Government has announced that £250 million will be spent on addressing the emergency over the next five years. An immediate priority is getting more people into treatment and £100 million will go towards improving and increasing the provision of residential rehabilitation while £4 million is being spent on the implementation of MAT (Medication Assisted Treatment) standards.

The government says the new standards will ensure everyone has access to the support which works best for them, no matter where they live. Same day support will start to be rolled out from this autumn with all of the standards in place by April next year.

Other measures introduced so far this year as part of the national mission include:

Ms Constance said: “Once again, the statistics on drug-related deaths are heart-breaking. I want to offer my sincere condolences to everyone who has lost a loved one through drug use.

“We need to gather as much information as we can about drug use in Scotland and to that end, data on suspected drug deaths will be published quarterly from this September. This will ensure we can react more quickly and effectively to this crisis and identify any emerging trends.

“We are working hard to get more people into the treatment that works for them as quickly as possible. Without treatment, there is little hope of recovery so we are funding as many community and third sector initiatives as we can so that individuals have the widest possible choice and can opt for the support which suits them and their family.

“Of the £250 million announced over the next five years, £100 million will go on improving the provision of residential rehabilitation and I will update Parliament on progress in this area after the summer recess.

“As I have said before, I am determined that every penny of this additional funding will make a difference to all those affected by drug use in Scotland.”

Drug Deaths Taskforce Chair Professor Catriona Matheson said: “Every drug-related death in Scotland is an avoidable tragedy, and these figures serve to remind us of the importance and urgency of our mission to identify the areas of action that can make a sustainable impact against the challenge.

“We believe the approach of putting evidence into action has saved lives, and we will analyse the detail behind the headlines and look to build upon those areas showing progress and to address those areas requiring more attention.

“Both the causes of, and the solutions to, the challenge we all face are complex, at its heart are real people at real risk, and we continue to be determined to make difference for them.”

Lothians & Edinburgh Abstinence Programme Clinical Lead Dr David McCartney said: “All of us who work in addiction treatment are appalled at the high level of drug-related deaths in Scotland. Having a wide range of treatment options that are holistic, reduce harm, promote recovery and are integrated into a recovery oriented system of care is essential to address the crisis. I welcome the Scottish Government’s investment in residential rehabilitation treatment as part of the wider approach under the National Mission.”

Andrew Horne, director of the drug, alcohol and mental health charity With You, said: “With You remains concerned and saddened by the tragic and continual increase in the numbers of lives lost due to problems with drugs. Every drug-related death is preventable, and each death has a huge impact on families and communities, continuing to be felt years down the line. Our thoughts are with the thousands of people who have lost a loved one in the past year.

“We have a mountain to climb to reverse these alarming figures but with the recently strengthened commitment and decisive action now being taken, we are hopeful that change is possible.

“New investment in outreach teams for people who have had a non-fatal overdose or who have dropped out of treatment marks a significant step forward, as does the improved support for people transitioning from prison into the community. Changes to enable quicker access to appointments and more choice over treatment, as standard across Scotland, are also positive.

“These figures are stark, but with new initiatives, clear standards and high expectations of services and partnership working, they can be brought down.”

Scottish Conservative Leader Douglas Ross said: “Nicola Sturgeon ought to be ashamed of inserting political spin into these awful figures.

“Pitiful excuses about these statistics ‘predating government actions’ are a disgrace.

“The SNP have been in power for 14 years. Drug deaths are Scotland’s shame because of their inaction.

“It is a fact that this crisis has got worse every single year that Nicola Sturgeon has been First Minister. She took her eye off the ball and the consequences have been devastating.

“This is not the day for political spin from the First Minister. It should be the time for decisive action. I urge her to back our Right to Recovery Bill proposal to guarantee in law that everyone who needs treatment can get it.”

Scottish Labour leader Anas Sarwar said: “Today’s drug death figures should shame Scotland – it should never have been allowed to get to this point.
“Each and every one of these deaths is a travesty, and each one is preventable.
“It is not enough for the Government to express regret at these heartbreaking figures – they must be a call to action.
“Every year we get devastating figures, every year they get worse and every year we hear regret from the Government. Today’s statistics shouldn’t be the wake-up call. Almost daily deaths should be.
“These are the tragic consequences of years of failure to get to grips with this growing crisis in Scotland and to address the threat posed by drugs.
“We have the same drugs laws as the rest of the UK but three and a half times the rate of drugs deaths.
“We need to look at every option to address this travesty – but we cannot afford to kick this into the long grass when lives are at stake. We can and must act now, by investing in a range of services and delivering truly person-centred treatment and recovery.”

Scottish Greens health and social care spokesperson Gillian Mackay MSP said: “Today’s tragic figures are yet another reminder of the devastating impact of drug misuse has on communities in Scotland. Every single one of these deaths is a preventable tragedy.

“The approach to drugs, pursued by both the UK and Scottish governments, must change. The war on drugs has demonstrably failed, it’s long past time we treated this crisis as the public health emergency that it is. It is time for an approach which focuses on restoring people’s dignity and treating their addiction, rather than criminalising them.

“While long term plans are now being developed to tackle this crisis, they come far too late for many. And for those in crisis now, they need to see urgent action, not more empty words.”

Scottish Liberal Democrat health spokesperson Alex Cole-Hamilton MSP commented: “This will be a terribly hard day for all those who lost a loved one last year. Each and every life lost is a tragedy.

“Every drug death is preventable. However, that task became ten times harder when SNP ministers avoided the subject ahead of the independence referendum, as that justice secretary admitted, and then cut the budget for critical prevention services by 22%.

“Help and expertise that people relied upon was needlessly surrendered when it should have been expanded.

“It was Nicola Sturgeon’s choice to ignore this unfolding epidemic. Issuing apologies now is too late for thousands of people. The victims of drugs and their families were failed. It is a scar on the conscience of this Scottish Government.”

In relation to the Edinburgh figures, Scottish Greens MSP for Lothian, Lorna Slater, said: “Today’s sad figures expose the devastating impact of the failed approach to drug policy in Edinburgh and across Scotland. Every single one of these deaths is a preventable tragedy.

“The strategy pursued by the UK and Scottish governments must change. The war on drugs has failed, it’s long past time for this crisis to be treated as the public health emergency that it is. We need a new approach which focuses on restoring people’s dignity and treating them, rather than criminalising them.

“We urgently need the Scottish Government to do everything in its powers to save lives. We also need all parties to work together to urge the Conservative Government in Westminster to devolve powers and change the outdated and dangerous Misuse of Drugs Act.”

Pamela Nash, chief executive of Scotland in Union, said: “These are devastating figures, with each death a tragedy that has left loved ones without a parent, sibling, child, friend or neighbour.
“This shameful crisis is entirely of the SNP’s making, and no desperate attempt at spin by the First Minister can hide that fact.
“For far too long the SNP has taken its eye off the ball as it obsesses over independence, and these upsetting figures must now serve as an urgent reminder for the government to focus on the devolved public health and justice systems it controls.”