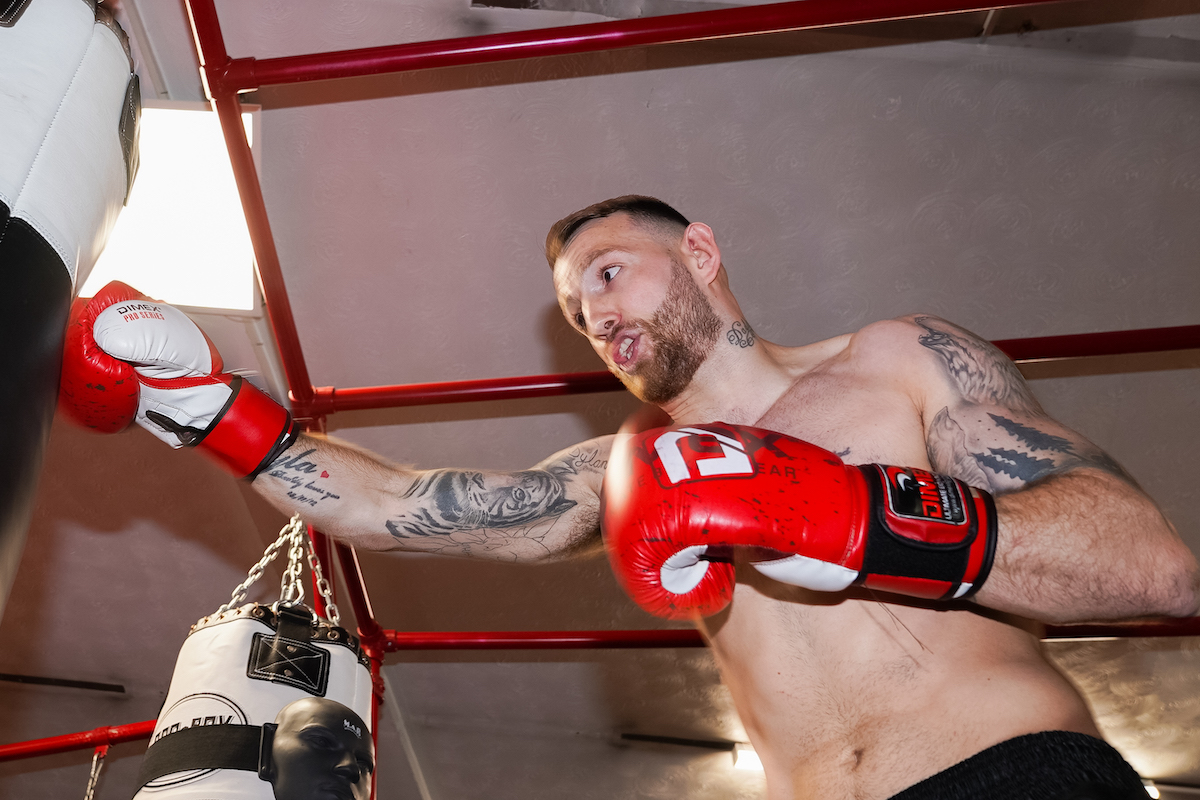 Robbie Graham is a 26-year-old light middleweight boxer who is very excited about August when he will turn pro.

His first professional fight will take place in Aberdeen against an as yet unnamed opponent.

The warehouse supervisor from Craigmillar has boxed for nine years under the name Team misfits, but has now signed with Lee McAllister of Aberdeen Assassins who is to set him up with his initial professional bout.

The young boxer is up at 5.30 every morning, trains seven days a week, with a gruelling schedule of running 40 miles, sparring three days a week and working on strength and conditioning on the other four.

He said: “It is my pro debut. I’ve been working towards this for about eight years now. Obviously the match is still to be confirmed due to Environmental Health who have to okay it, as well as Covid restrictions on social distancing. As far as I am concerned though the 28th August is a big day, but there are no names as yet.

“I started at the age of seven. I won two Scottish and a British and a District title which was a stepping stone to get into boxing professionally.

“I want to be successful. I always give 110%. I am the first in the gym and last out and will travel up and down the country for sparring. My goal is to be the best I can bend to achieve my dreams in the professional world of boxing.”

Robbie is coached by Paul Barbour. Paul said: “One thing that stands out about Robbie is his heart, determination and resilience. He’d fight a bear with four arms if it meant more ring time.

“I’ve been by his side several years now and been with him through many ups and downs, Boxing is more than just a sport to him, it’s given him a sense of purpose and pride, I’ve watched him grow from a lad with iron hands who liked to scrap, to someone who eats, sleeps and breathes the sport he loves. He’ll travel half the country just to get an extra training session in, he listens to feedback from coaches, and actively works on improving on a daily basis. The step up to Pro is a dream Robbie has chased for a couple of years now. He’s hard working and humble, he absolutely deserves his opportunity, an opportunity I know he’s grabbed with both hands. I’m proud to be part of this exciting journey he’s on.”

Reece Hart is a professional chef and as well as diet, he looks after Graham’s conditioning in the gym ensuring that he concentrates on cardiovascular exercise. He said: “It is important that he doesn’t do too many weights. Cardiovascular is essential so that he will last for the duration of the fight and outside of the gym I make sure he eats what he needs to eat – and that he doesn’t pig out on junk food now and again.

“He definitely gets five a day but I would like him to eat more healthily. You can have some fats now and again but I try and maintain his weight as much as I can.”

Robbie explained: “Reece has a schedule drawn up for me. He ensures that I am the correct weight for every fight. I am about 72kgs just now which means I am a bit over my target weight. But a couple of road runs will sort that out.

“My aim is to win the bout in August and then challenge for bigger and better after that.”

Robbie has been working hard at keeping fit, but also in dealing with the business side of boxing by seeking out local sponsors. He says that any contribution big or small would make a huge difference.

Promoter Lee Mcallister may also face an opponent in Aberdeen on the same date after a trip to Abu Dhabi in July.