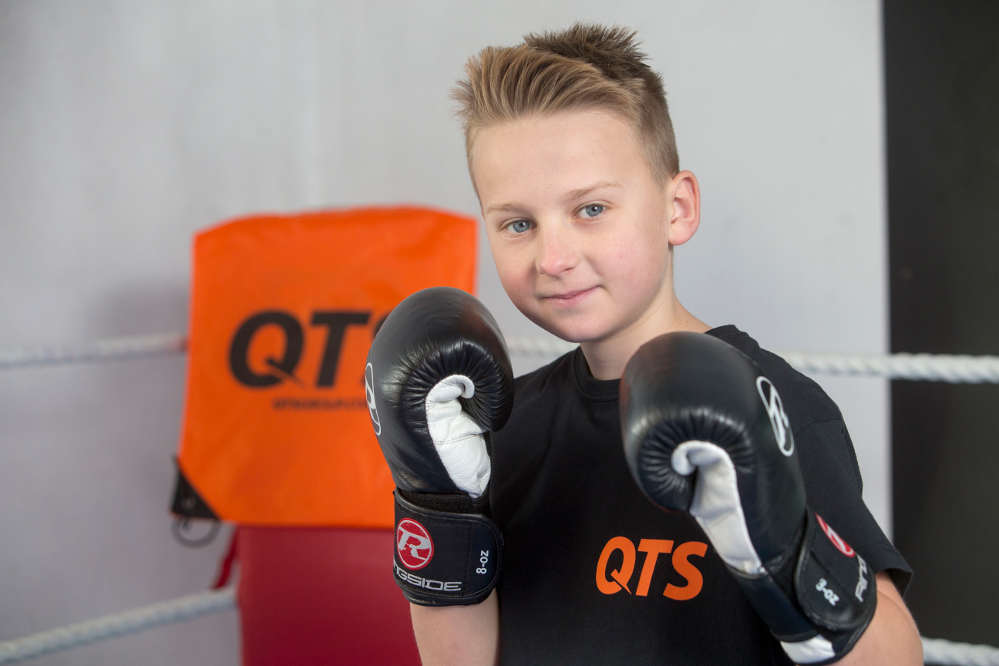 A young Edinburgh boxer will benefit from a sponsorship deal which he hopes will help him reach the next level.

Cody McManus, aged ten, has been inspired by East Lothian fighter Josh Taylor who won Commonwealth Games gold for Scotland in Glasgow in 2014 before turning professional.

The Duddingston-based athlete has been boxing since he was five and his talent has already been recognised.

He has joined the QTS Group’s Youth Athlete Programme and he now trains on average three to four times a week at Holyrood Boxing Gym.

Cody has won the ABAS best boxer title two years running and,
alongside his sporting aspirations, the youngster is also a fund-raiser.

Cody’s Christmas Toybox, a charity event to give disadvantaged children Christmas presents, filled a boxing ring with £12,000 worth of toys.