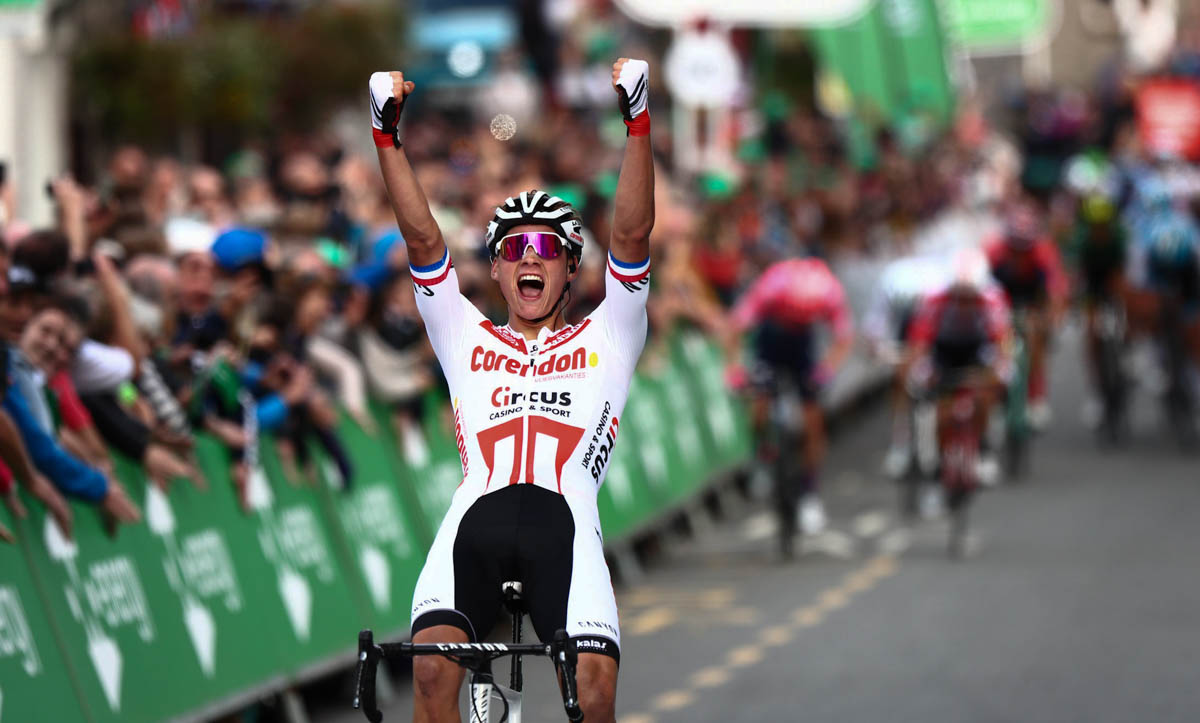 Rescheduled to 2021 owing to the COVID-19 pandemic, the 17th edition of the UK’s most prestigious stage race (Sunday 5-12 September) will cover more than 1,300km (807miles) in a route that once again includes a pair of stages in Scotland, and a first overall finish in Scotland since 2008.

Paul Bush OBE, VisitScotland’s Director of Events, said: “The Tour of Britain is a key part of EventScotland’s annual portfolio of world-class events and we are delighted to be working in partnership with SweetSpot and local partners including Scottish Borders Council, Edinburgh City Council, Aberdeen City Council and Aberdeenshire Council, to bring the final two stages of the race to Scotland this year.

“Events play a key role in our communities and our partnership with the Tour of Britain is the ideal platform to showcase the many wonderful regions of Scotland as well as the more than 2,000 miles of National Cycle Network covering the country that visitors can come and enjoy.”

The race will go ahead subject to local conditions and in line with relevant national COVID guidelines and UCI protocols. Organisers SweetSpot are working closely with EventScotland and all the local authorities along the route in Scotland to ensure that the event can take place safely.

For the first time in modern Tour history, the race ends with two stages in Scotland. The first, on Saturday 11 September, features a fourth visit to the Scottish Borders in six editions as Hawick plays host to the start for the first time. A mix of familiar towns – including Innerleithen and Duns – and new roads await as the race visits East Lothian and Midlothian before Edinburgh stages its first finish in the Tour of Britain. Another stunning finale is guaranteed, as the closing kilometres pass along Queen’s Drive, by the Scottish Parliament and Holyrood Palace before finishing in the shadow of Arthur’s Seat.

Councillor Donald Wilson, Culture and Community Convener at City of Edinburgh Council said: “We are delighted that we will see the return of the UK’s most prestigious cycling race to our city in September.

“This year Edinburgh will host its first finish at Holyrood Park. The Capital’s winding and cobbled streets will offer a challenging, and of course, picturesque finale to this stage of the race. It will be an exciting return and a highlight of 2021 as keen enthusiasts, Olympians, world and Tour de France champions from all over the world come to our exceptional city.”

This year’s overall champion will be crowned in Aberdeen at the end of the most northerly stage ever to feature in the Tour of Britain. The picturesque harbour town of Stonehaven is the day’s starting point and, by popular demand from local cyclists, the route includes the ŠKODA King of the Mountains climb at Cairn o’Mount (3.35km, 9.5% average). The peloton will briefly head into the Cairngorms National Park, with Ballater marking the most westerly point of the stage, before the run in to the finish line on Aberdeen’s Esplanade begins.

Nick Rennie, Scottish Cycling’s Chief Executive, added: “Following on from the Olympic and Paralympic Games, it will be fantastic to see world class cycling back on Scottish roads. There is no doubt events of this stature inspire our cycling communities – be that beginners, club riders or elite racers – and I have no doubt the 2021 edition will have exactly the same effect.”

Mick Bennett, Tour of Britain race director, said: “This year’s Tour of Britain route is truly spectacular, covering a greater geographical area than we’ve ever done before while also ticking off several things we’ve wanted to do for a long time. Be it visiting Cornwall and Aberdeenshire, hosting stage finishes on the summit of Great Orme and in the shadow of the Angel of the North, reintroducing a team time trial and visiting noteworthy and historic host venues new and old, I have a feeling that this year’s race will be one for the ages.

“There are still fantastic opportunities for partners to get involved in the event, so why not join us and be a part of what will be an unforgettable week and a fantastic celebration of Britain and cycling!”

Six British teams have already been confirmed for the Tour of Britain, including the Great Britain national team, with the full roster of 18 teams to be confirmed later this month.

Detailed routes and timetables for the Tour of Britain stages can now be found by visiting tourofbritain.co.uk/stages while more information for spectators for both Scottish stages will be announced in the coming weeks.

With cycling enjoying a boom in the UK, and hundreds of thousands of new and returning cyclists taking to two wheels, partnership opportunities for brands looking to be associated with Britain’s biggest professional cycling race are available. These unrivalled opportunities range from regional level support of individual stages to jersey and title sponsorships. Visit sweetspotgroup.co.uk/sponsorship-opportunities for more information.