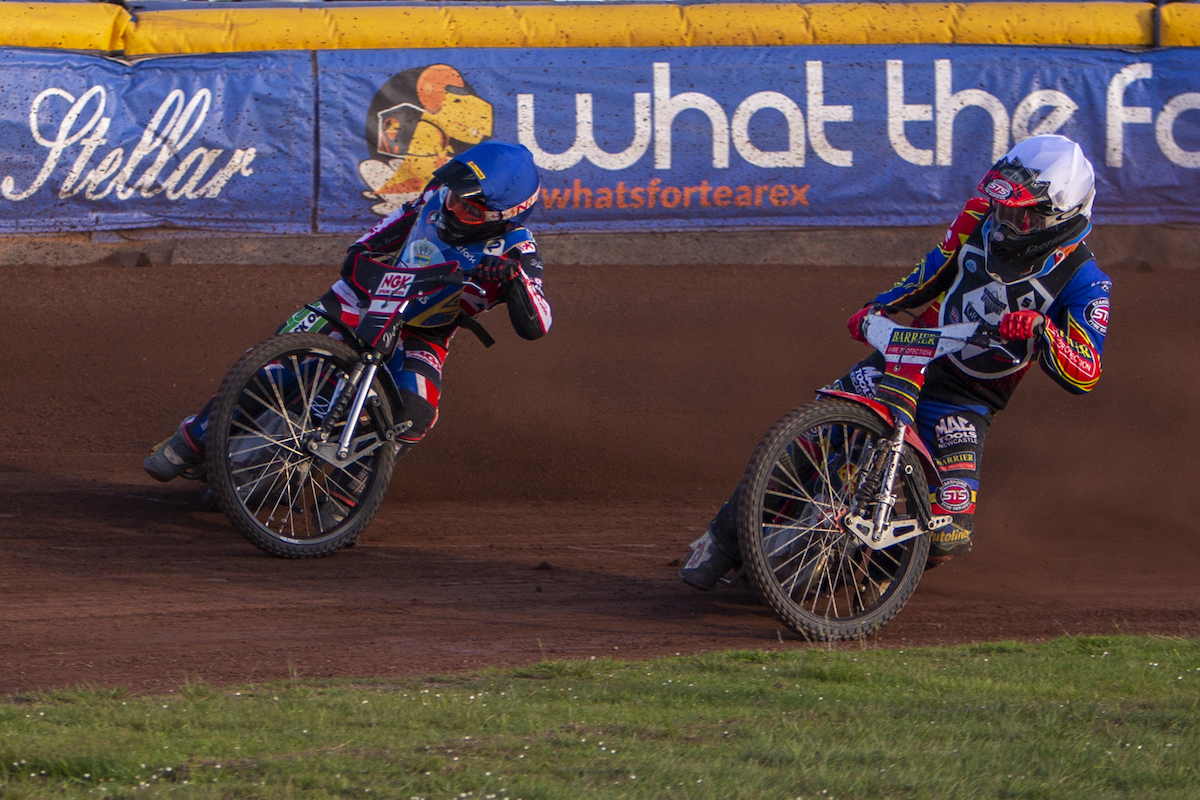 What the Fork Monarchs mugged Berwick Bandits 58-32 in the Borders with what must be their most dominant away performance in recent memory.

The Armadale side took a stranglehold on the match early, powering to a 14-point advantage after the first four races.

Monarchs ended with 13 heat wins, nine heat advantages and every member of the team tasted victory at least once.

Fast starting and aggressive first corners were the key and there were only two passes off note in the match, both of these from the Armadale men.

Nathan Greaves admitted: “I don’t think anyone expected to win by that much around their own track.

“This was a great performance and one we can build on. I think we can still get better.”