Loganair flight has been forced to divert its journey to Edinburgh Airport, due to the pilot declaring a medical emergency onboard.

The passenger jet, which was en route from Inverness to Birmingham, transmitted the medical emergency 7700 code after a passenger had become unwell during the flight.

The person was taken off the plane at Edinburgh.

A spokesperson for Loganair said: “Flight LM582 from Inverness to Birmingham was diverted to Edinburgh after a passenger became ill and a medical emergency was declared. The aircraft was met by emergency services and the passenger was taken off the plane by a sedan chair.

“The aircraft will continue on to its destination of Birmingham as soon as the crew and remaining passengers are able to do so.

“Safety as always is our number one priority, and we wish the passenger well.” 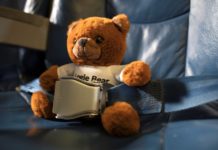 Loganair fly direct to Norway and Guernsey from Edinburgh