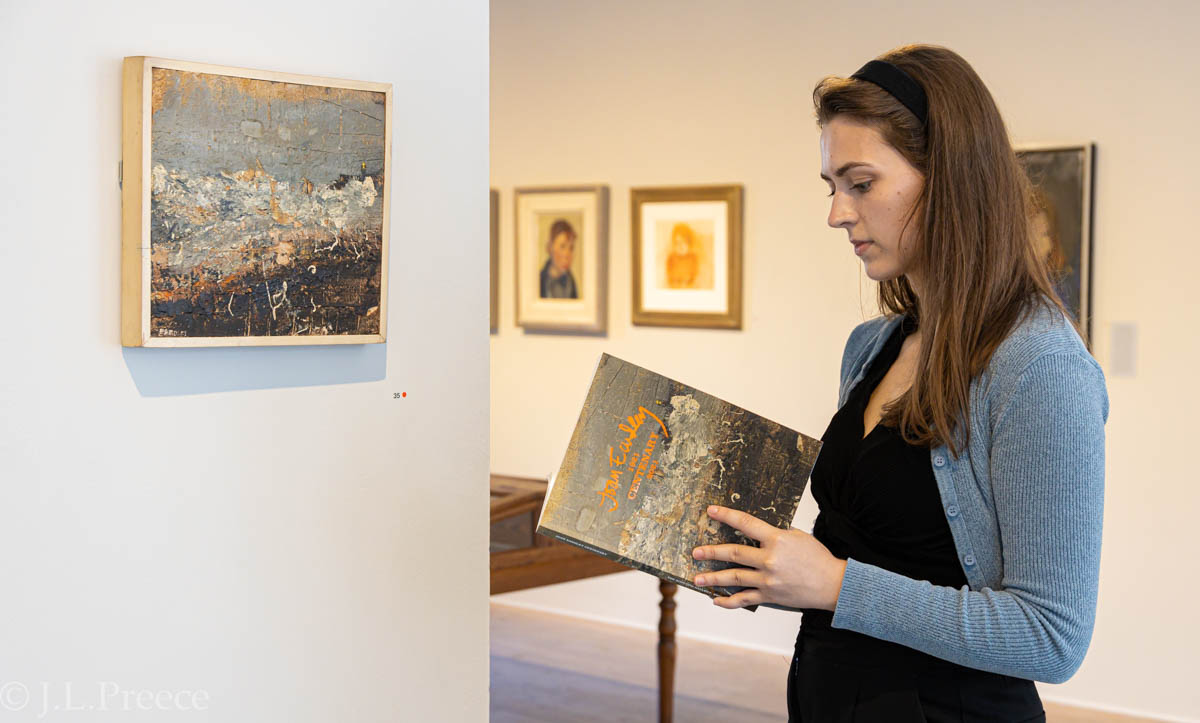 This new exhibition from The Scottish Gallery seeks to show that Eardley’s cultural capital has never been higher. In the fifty-eight years since her passing, after she succumbed to cancer in August 1963, Eardley’s reputation has been enhanced and today her value is hugely augmented.

There has been slow progress over the decade since Eardley’s passing, and things were not easy either in her lifetime. The Scottish art world in the 1950s and 60s was a macho place, dominated by male artists and teachers and, in this context Eardley remained an outsider – a young artist whose work was unconventional, bold and expressive, a painter who happened to be a woman, whose accent was English and who, whisper it, was gay.

However, she did achieve much success, including being one of the first women to be made a member of the Royal Scottish Academy, not least because of the advocacy of The Scottish Gallery. Today we can recognise that nothing has dated her, the work is as direct and powerful as it was in the fifties.

The artists whose work has a similar effect, the time of its making irrelevant to its viewing, are some of the most lauded and loved; Rembrandt and Van Gogh head the list, and Joan Eardley is perhaps one of the best British examples, of any time, with her raw urgency being keenly felt.

Her work explores cultural identity – the innocence of childhood, even in adversity and the destructive and regenerative power of nature; she interrogated community and nature in their most raw forms allowing us to ponder our own fragile existence.

In an early painting, ‘Woman Knitting, 1948’, we see a regular subject, Jeannie Kelso. Shown in her floral house apron and shawl, her swollen fingers at work on her knitting, this is a prime example of what would become one of the chief themes of Eardley’s life; the dignity and character of the human spirit.

Eardley’s Glasgow is one of the central themes of this Centenary exhibition, with a focus on the works she produced in and around her Townhead studio. These works are frequently about children; even the paintings of looming tenements usually have children in the street or gaping out of windows.

The buildings are the setting and backdrop for the lives of the human subjects who were the main preoccupation of the urban Eardley. In later paintings such as ‘Child and Chalked Wall, c. 1959-62’, Eardley combines the figure and the city in a new way.

The figure of a child is subsumed into the rich texture of graffiti on the wall behind so that the two have become one, as they were for the artist – place and people forming a community she valued so dearly.

The exhibition also explores her works from Catterline, where Eardley had a home from 1954, concentrating on the landscape; her subjects range from the wild winter storm to the thrum of life in the field-edges above the cliff tops.

Eardley drew exclusively and was technically innovative, pressing seeds and stems into the impasto if her oils and often using newspaper as collage, making powerful physical works.

Despite her progressive illness, Eardley kept painting as long as she could, moving to a more domestic subject matter when she could no longer go outside. In Jar of Summer Flowers, Eardley gathered wildflowers and grasses from the field edges to make what would become her final subject.

The work acts as a final beacon of light, signifying her defiance in the face of adversity and unerring instinct for her subject: honest, direct and moving. It is one of a group made in the summer of 1963 before she was admitted to hospital in Killearn where she died on 16th August.

Eardley frequently broke with tradition as a painter and with convention as a person, no artist has ever recreated the life and community of Glasgow as she did.

Anne Morrison-Hudson, Eardley’s niece, comments, “This centenary year is evolving into a wonderful celebration of Joan Eardley’s artistic legacy with events happening across Scotland. These have been challenging times to plan such an ambitious exhibition but as usual The Scottish Gallery has risen to the task.

“The long and productive association between the artist, family and gallery remain as important as ever in maintaining and promoting the name of Joan Eardley here in Scotland and further afield.

Listen to our podcast about the exhibition recorded in February of this year with Christina Janssen of The Scottish Gallery: