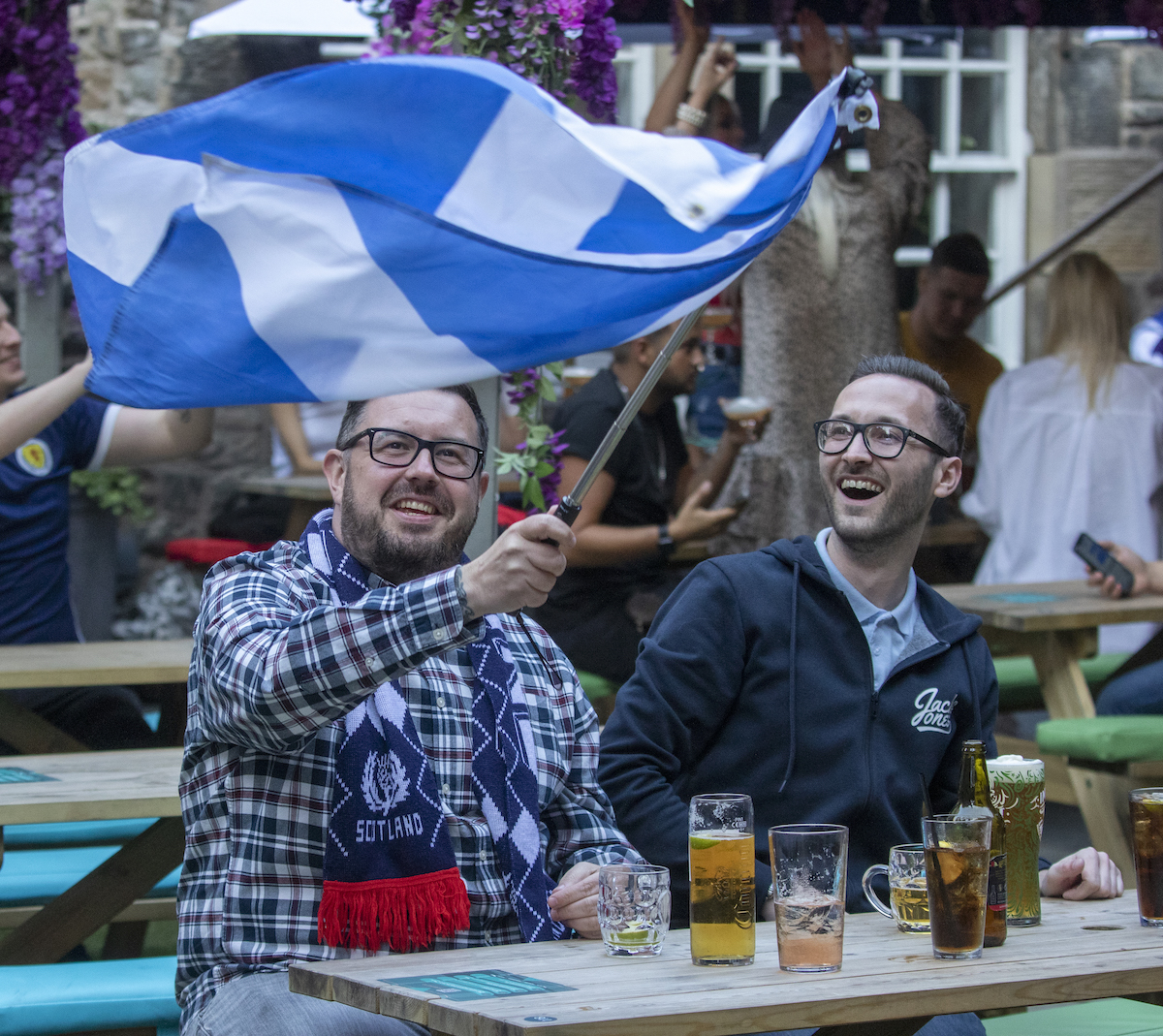 Steve Clarke and his team may have been 500 miles away but these Edinburgh football fans were supporting them all the way to their 0-0 draw against England in the Euros.

There is still a glimmer of hope that the Scotland team could qualify for the last 16 after winning a point at Wembley. It is the two teams at the top of each group which go through, with Czech Republic at the top of the group on four points this morning. A win against Croatia at Hampden on Tuesday could give Scotland a chance.