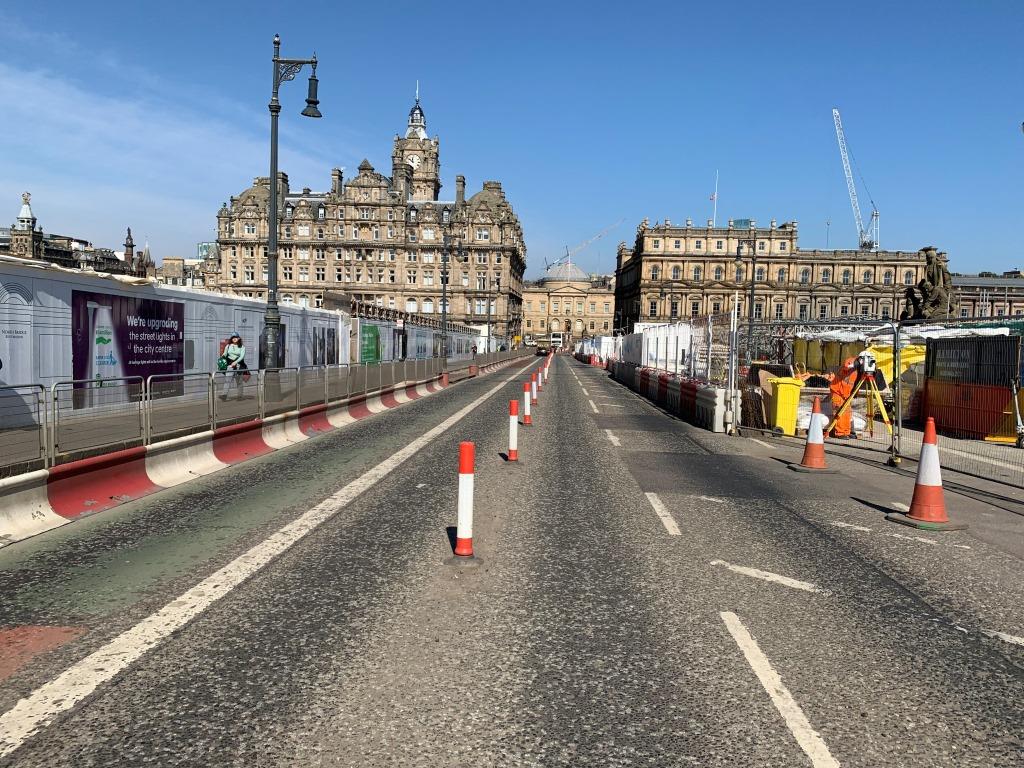 The North Bridge was identified as needing some repair in 2014. That is why there has been a net underneath the A listed structure since then, with loose material removed from the underside.

In 2017/18 engineering firm Balfour Beatty were appointed to assess what needed to be done in a scoping exercise, and were later awarded the contract to refurbish the structure which carries traffic and people over the Waverley Valley and links the Edinburgh World Heritage Site of the Old and New Towns.

The last time the bridge was repaired was in 1933 when the concrete deck which still exists was put in place.

Balfour Beatty have released some photos showing the progress they are making behind the hoarding which obscures it from view.

The steel girder bridge was constructed between 1894 and 1897 by Sir William Arrol who built the Forth Bridge, and replaced a masonry bridge north of the valley allowing development of the New Town.

The works conducted have been considerable, including removing all redundant utility pipes and restoring the King’s Own Scottish Borderers War Memorial located on the east plinth of the south pier.

The bridge will be completely restored and maintained for current and future generations by the time the work is complete in 2023. The project team has inspected sections of the bridge not seen since it was constructed over a century ago. Some more work has been uncovered than first anticipated, meaning the repair project is also more extensive.

The works to North Bridge include