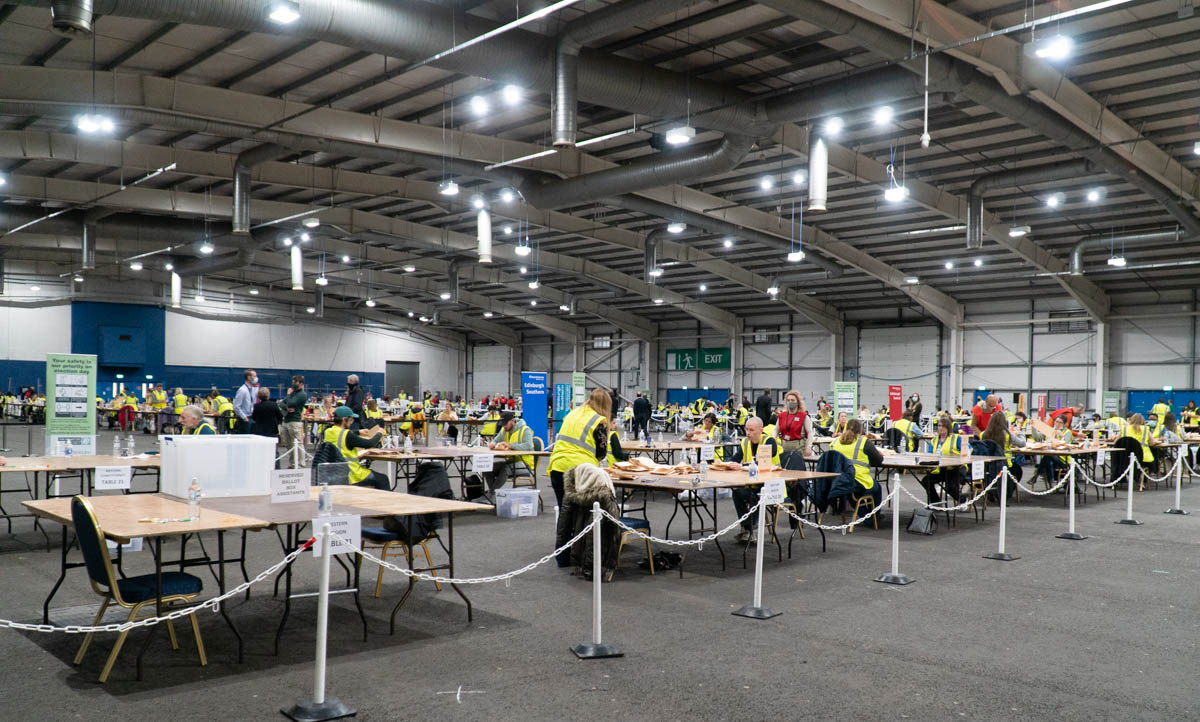 The settled will of the Scottish people is “maybes aye, maybes no” to independence.  The 50/50 split between those who want an independent Scotland and those who don’t was the defining issue of Thursday’s general election.

It meant a very straightforward win for the SNP with 64 seats but one short of an outright majority.

However, with the Green Party’s eight MSPs, there is a majority in The Scottish Parliament in favour of independence. And that sets us up for five more years of hubble, bubble, toil and trouble over our relationship with what may not much longer be the “United Kingdom.”

But things will not change immediately, because everyone agrees with Boris Johnson that now is not the time for another referendum.   Nicola Sturgeon has repeatedly said she will not call a referendum until the country has recovered from the Covid-19 pandemic or till 2023, whichever comes later.  And I suspect she will wait till Boris, or whoever is in charge at Westminster, bows to political pressure and agrees to a referendum and the opinion polls show at least a 60 per cent majority in favour of independence.

Meanwhile, we are left with the remarkable fact that this pandemic parliament is almost unchanged from the last one.  The SNP had 63 seats in 2016, compared to 64 this time. The Conservatives have 31, just as they did 2016. Labour are still languishing in third place with 22 seats, the Greens are up two at 8 seats and the Liberal Democrats are down one at 4 seats.

That’s not the only remarkable thing about this election.  It’s an astonishing achievement for one party to win four elections in a row. The turnout of 64 per cent was a record high, and this despite a non-contact, fairy dull campaign, confined to television and radio studios. It was also an election involving a great deal of tactical voting, Unionists switching their vote to which ever party stood the best chance of defeating the SNP.

We were also denied the usual ritual of overnight counting. No dramatic early morning declarations in front of cheering party workers in crowded halls. Only flat announcements trickling out from screened-off counting rooms on Friday and Saturday afternoon.

Such drama as there was began unfolding with the SNP taking the only three constituencies to change hands: East Lothian, Ayr and Edinburgh Central. There were a couple of cliff-hangers for Labour but they won both, Edinburgh Southern and Dumbarton.  The traditional Liberal Democrat seats remained firmly yellow: North East Fife, Edinburgh West, Orkney and, less convincingly, Shetland.  It was then the Conservatives’ chance to start winning: East Renfrewshire, Aberdeenshire West. And the Greens had to wait till the complicated counting of the regional votes on Saturday afternoon brought them their 8 seats.

As to the personalities involved, Nicola Sturgeon was one of the early winners, with a solid 60 per cent of the vote in her Glasgow Southside constituency. The Conservative leader Douglas Ross came sliding in on the north-east regional list. So too did the new Labour leader Anas Sarwar in the Glasgow region. Willie Rennie came flying in on his micro-lite from north-east Fife. And the Green Party joint-leaders were swept in on their rising tide in the regional lists: Patrick Harvie in Glasgow and Lorna Slater in Lothian.

As the final results were announced at 8.30pm on Saturday night, there was no sign of Alex Salmond and his new Alba Party, nor George Galloway of the All for Unity Party, nor any of the other dozen parties and independents.

A third of the parliament are new MSPs. There are more women, more from the ethnic minorities and more disabled members. They will all be sworn into office on Thursday 13th May.

For Nicola Sturgeon it’s back to her office on Monday morning to appoint her new cabinet and continue the fight against the pandemic as if nothing untoward had happened. 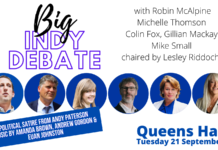