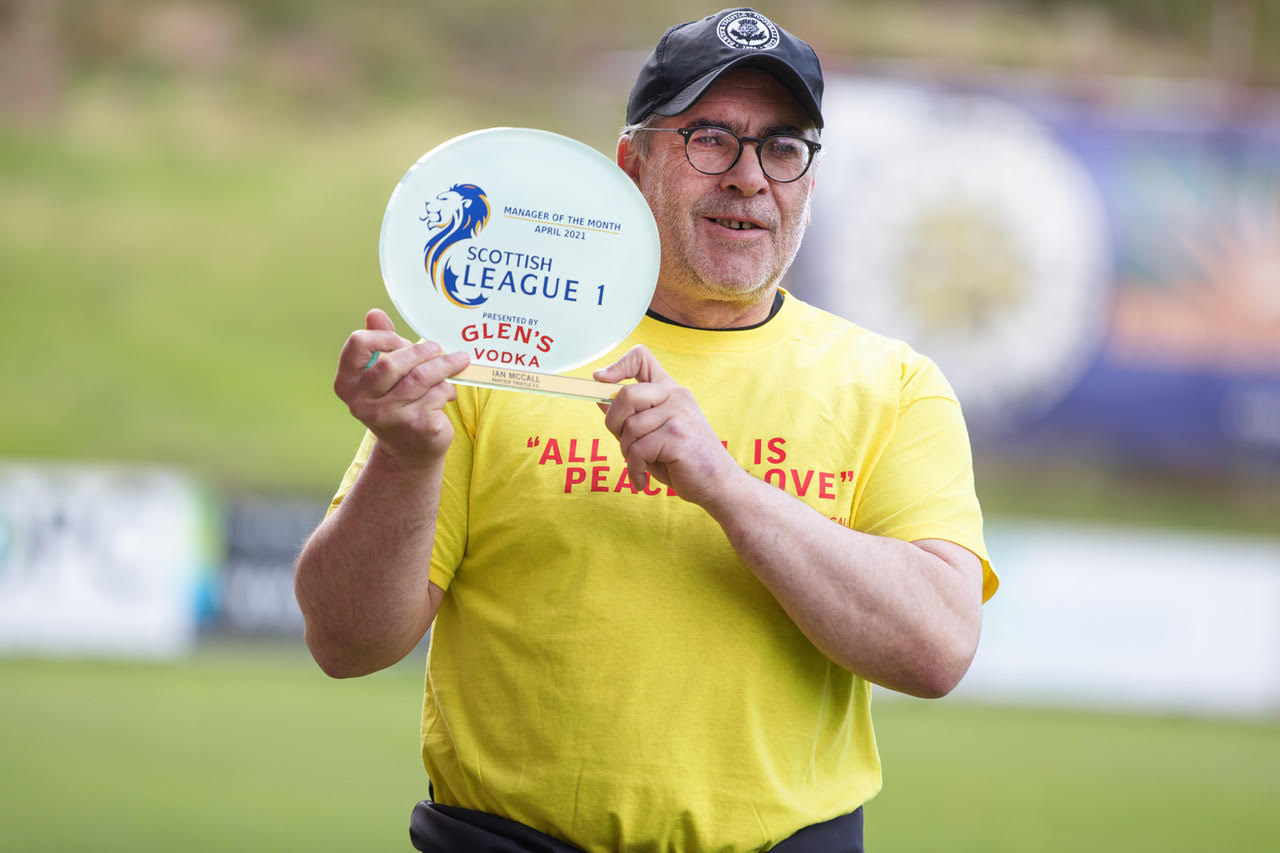 Partick Thistle manager Ian McCall was named the Scottish League One Glen’s Manager of the Month for April 2021.

The Jags went on a seemingly unstoppable charge in April, securing six wins out of eight, and ended the month on a high with a 5-0 victory over Falkirk, securing the Glasgow-side the League One title.

Partick lifted the League One trophy on Tuesday, following their final match of the season against Montrose.

Colin Matthews, CEO of Glen’s owner the Loch Lomond Group, said: “Partick Thistle went on an incredible run last month which culminated in them being declared the worthy champions of League One. After leading his side to the league trophy, Ian McCall fully deserves to be named the Glen’s Manager of the Month for April. I’m sure the Jags will already have their sights firmly fixed on the Championship next season – but for now they’ll hopefully get to enjoy a well-earned rest!”

McCall, said: “This award might have my name on it but it is entirely down to the players that we had such a successful April. We had eight league matches during the month, including trips to some of the toughest grounds in the division, and we came through it unbeaten which tells you everything you need to know about the squad.

“We wouldn’t be able to do it without the support of my coaching team, medical staff and everyone around the club who helped ensure that we delivered the League One title for the club and, most importantly, our fans.”