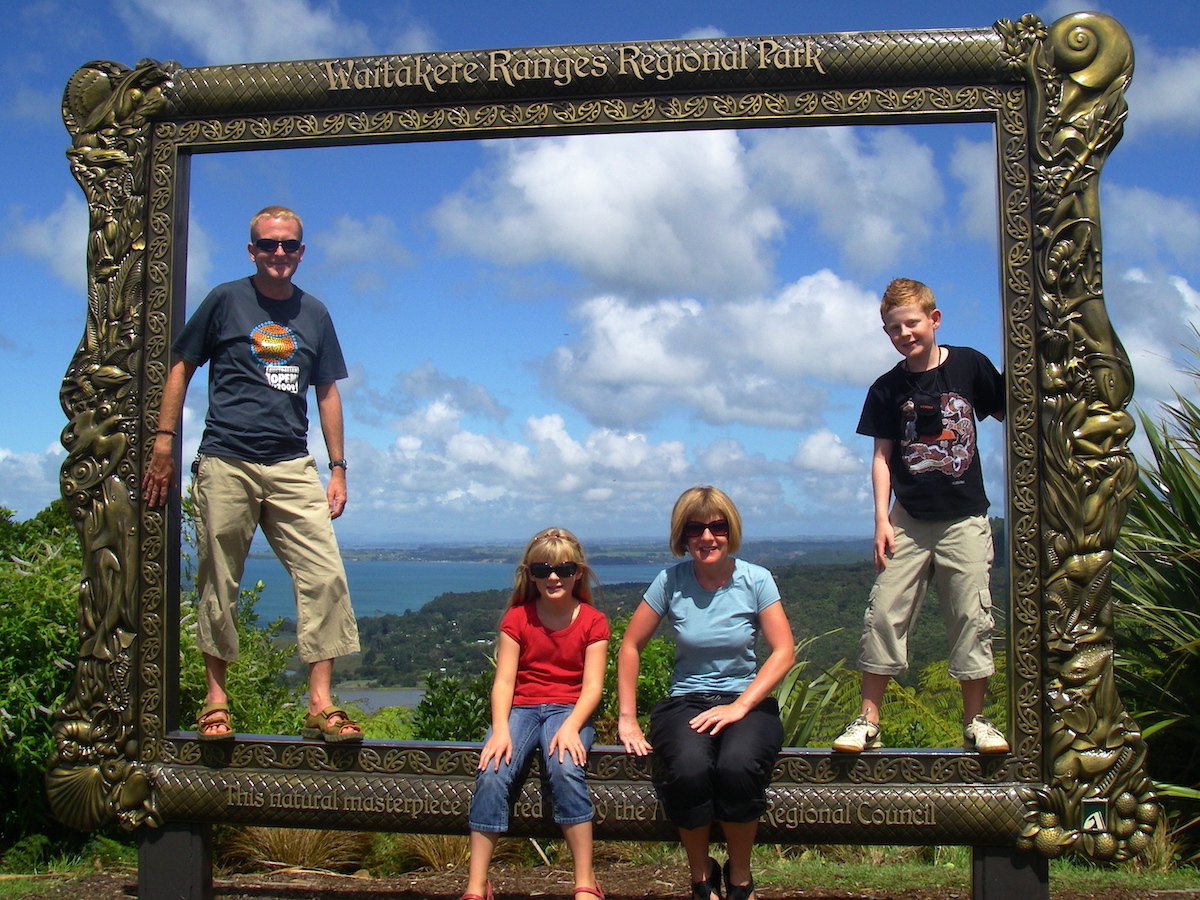 Ian Pilbeam’s lockdown project was to publish a book. And he has.

The background to the book has taken several years, but Ian has finally committed a year long family trip to paper. The result is Are We There Yet? which he has self-published.

The trip took about 360 days and included Ian, now the owner of an HR and Health and Safety Company, his wife, Anne, who is a dietician, and two children, Rory, then aged nine and Roonagh, then aged seven. The family from Bruntsfield visited several continents although not Europe or North America which were just too easily accessible. It came about because of serendipity Ian told me, but there was also spontaneity and tragedy involved.

The spontaneity came at the end of a family holiday in Turkey when he idly asked the children where they might like to go next. The answer came the next night at dinner with a list embellished with drawings of animals which lived in each destination. And the next question was whether you could buy a round the world trip for families. You could, and so the adventure began. The serendipity was that the children were at the correct age to go away from home for a year, essentially skipping school, but receiving an education through travel.

Ian said: “They could read and write, they had basic maths, so they could then go out into the world which became their classroom. They just absorbed all the lessons of geography, history and biology and everything else.”

The tragedy arose as Anne’s father was diagnosed with vascular dementia, and eventually he went to live in a care home. Anne’s mother had died of cancer, leaving them an inheritance of the money she had saved for her retirement. The double-edged sword of all of this was that the family was free to travel.

The Pilbeams visited 20 countries and stayed in 100 different places using 50 different forms of transport to travel between them all. A lot of the time they were on the go but they also built in some longer stops. Ian said: “In the 360 days, 100 of them were stand out days when we went to a named place or did a special thing. But the other 260 days were probably more important because they were just the down days when you would do the laundry or write the blog or just play. The children kept daily diaries and some of the best are in the book. I had to sanitise the blog a bit as they were being read by people back home who were worried about us, notably my parents. So some of the things that happened did not go in the blog immediately, but could be included in the book with abandon.”

On their return, Ian spent a year out of work and then for the last seven he has been building a business so that is his excuse for not writing the book until now, when the children are in their twenties. Anne helped to remind Ian of some of the parts he had perhaps forgotten about, and the children did help by commenting on the draft.

The financial wherewithal came from an inheritance and having their house rented out to a minister while they travelled. So knowing the rent was pretty secure helped with the costs of the year away, but they came back pretty broke and needing to get back to work. The dream of flying over their final destination of Rio de Janeiro in a helicopter was shelved in favour of knowing they would have some weeks of food shopping from Asda in reserve.. They decided that they needed the Asda shopping more at that stage, and they had already done a lot of “amazing stuff” by then anyway.

Are We There Yet? by Ian Pilbeam is available to buy on Amazon here