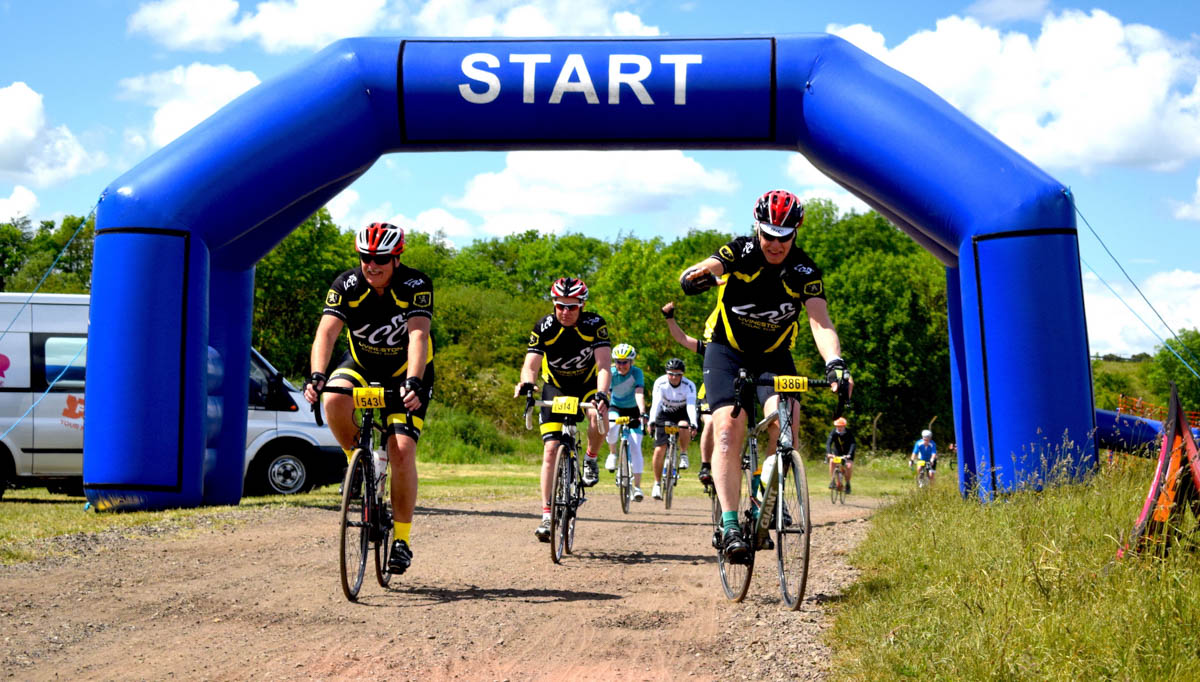 Josh Quigley, the record-breaking Scottish cyclist, has thrown his support behind plans for the return of the Tour de Forth sportive, which was cancelled last year due to Covid-19. The annual event has raised hundreds of thousands of pounds for charities, including its main beneficiary Cash for Kids, with both elite and amateur cyclists taking on the challenge of a 97.3km sportive across the East of Scotland.

Organisers are now hoping that restrictions will be eased enough for this year’s event to go ahead on Sunday 6th June. More than 130 riders are already automatically signed up after agreeing to carry over their plans from last year. If restrictions are eased in the coming weeks, new applications will be opened.

Ahead of the planned event, Josh is backing plans to encourage cyclists of all ages and abilities to take part in a ‘virtual Tour de Forth’ – raising funds for charity as well as improving their fitness levels and mental health. A series of online challenges are already underway, including an 800km total distance challenge for beginners – the equivalent of cycling from Edinburgh to Brighton!

For Livingston-born Josh, cycling became a passion that helped him tackle his own mental health challenges. The 28-year-old decided to make the sport his full-time occupation and last year he shaved six minutes off the North Coast 500 world record, completing the 516-mile route in just 31 hours and 19 minutes.

Josh, who’s currently recovering after a cycling accident in Dubai, said: “I’m absolutely delighted to be involved with Tour De Forth and it’s a huge honour for me to be an ambassador of this event. I am really passionate about the sport of cycling and it’s potential to change and transform lives. I know firsthand the benefits of cycling as it’s something that helped me overcome mental health issues and achieve things on the bike that I never dreamed would be possible.

“When I started cycling a few years ago, I would have been one of the last people to finish an event like this. But since then I have gone on to cycle around the world and break records on the bike. This is what was possible through hard work, dedication and having the courage to step outside my comfort zone and do things that made me uncomfortable. I believe that the Tour De Forth is a great opportunity for people to take on a challenge that will push them to go further than they have been before whilst having fun in a positive and supportive team environment”

In 2019, the Tour de Forth race featured more than 800 riders, taking part in the traditional 97.3km route and a shorter 44km ‘nouveau’ route. The event has become a major fixture in the Scottish cycling calendar with individuals and businesses from across the country taking part.

Radio Forth’s Cash for Kids works in partnership with the organisers, with donations helping the charity to support young people throughout Edinburgh, the Lothians, Fife and Falkirk, disadvantaged through poverty, sickness or disability.

Charity Manager, Victoria Hendry, said: “The Tour de Forth has become a huge part of the cycling calendar in Edinburgh and the commitment and passion from both amateur and elite cyclists has been incredibly inspiring. In 2019, we raised more than £21,000 for Cash for Kids bringing the total fundraising from the Tour de Forth event to over £200,000.

“I’m continually amazed by how committed everyone is. It’s a challenging event, but the support people show to each other and the sense of fun on the day is amazing.

“While we’re not yet in a position to open applications for 2021’s event, we’re all working tirelessly behind the scenes and crossing our fingers, hoping it can go ahead. In the meantime, I’d urge cyclists, either new or established to cycling and people looking to work on their lockdown-fitness to sign up to our virtual event via the Tour de Forth website.*

“In exchange for a £100 donation to Cash for Kids or raising £100 through your own fundraising efforts you can take part in online cycles and a variety of individual challenges. It’s a great way to get back to fitness, as well as helping to make a real difference to the lives of young people in the region at an incredibly difficult time.”

Tour de Forth Chairman, Neil Davidson, said: “I am delighted Josh has agreed to join as ambassador for Tour de Forth. Josh has excelled with his attempts at various world cycling records, especially when he completed the North Coast 500 in just over 31 hours.

“It takes lots of training, preparation, and a real determination to achieve that kind of record and I hope his inspiration will help a lot of our participants in both the Virtual challenge and to complete the Tour de Forth event on Sunday 6th June”.