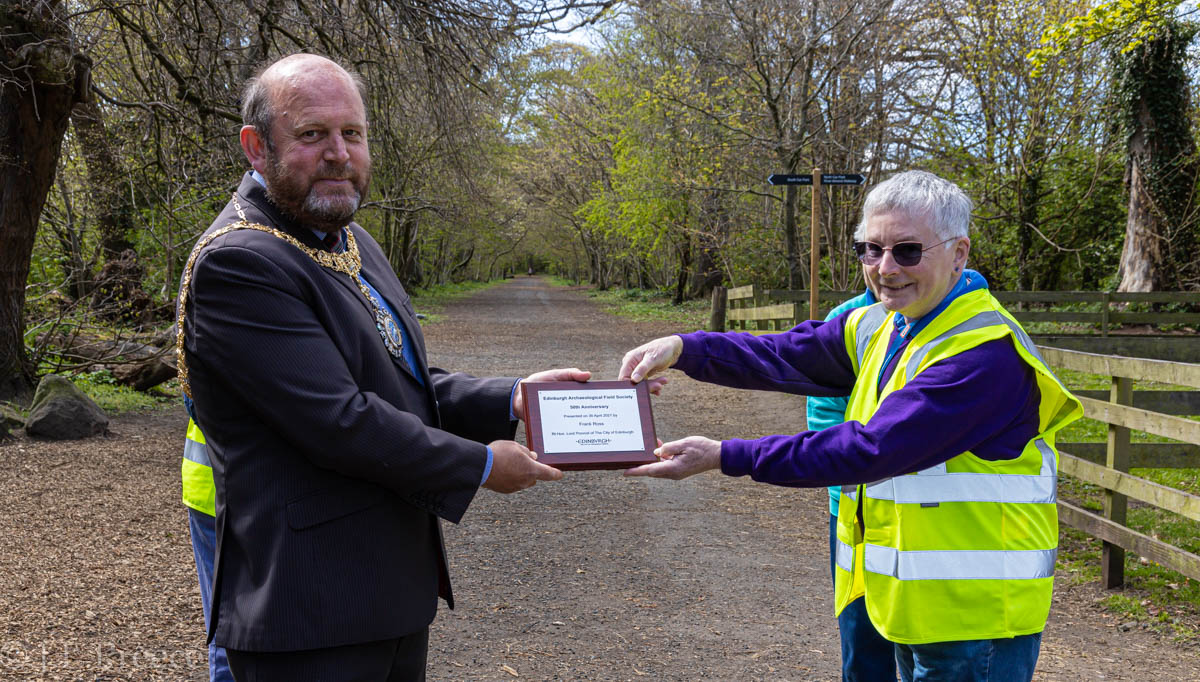 Archaeologists use the objects left behind by people to help uncover their stories. Often there is plenty of written material about those prominent families who live in the ‘Big House’ but much less is known about those who worked for them and served them on their estates.

The Edinburgh Archaeological Field Society (EAFS) has spent the last two years excavating at two sites on the Cammo estate trying to find information about the estate servants and their way of life.
Unexpected amounts of artifacts were uncovered from the buildings known as ‘the offices’ which led to the discovery of the story of Margaret Wright.

She had worked in Cammo House as the cook and is described in her obituary as a ‘faithful servant for 24 years’. In the 1911 Census she was living in Cammo Cottage as the family had gone abroad.

In the East end of the building known then as ‘the offices’ we found the, domestic, things left behind. The dishes, pots and pans, the bottles – ranging from embrocation to perfume – the hairpins and false teeth.
The ink bottles tell of letters written, possibly recipes saved. The jars tell of preserving jams and pickles. The seaweed tonic and embrocation tell of age and hard work and the likely dampness of her new abode.

After spending a year confirming the footprint of Cammo House – a new information board erected beside the remains of the House show pictures of it in its glory days – we moved on to look at other buildings within the estate. The latest area to be investigated is the range of buildings known as ‘the piggery’.

We have shown already that this workshop, storage barn and animal/fowl keeping area is so much more than a piggery and hope to reveal even more of its scope as the excavations continue.

Due to the pandemic a lot of the celebrations have had to be cancelled, curtailed or rescheduled. The ongoing excavation work at Cammo will start back as soon as the restrictions enable it.

This year is the 50th Anniversary of the Edinburgh Archaeological Field Society and, in recognition of this important milestone, earlier today, Edinburgh’s Lord Provost, Frank Ross, presented the team at Cammo with an engraved plaque.