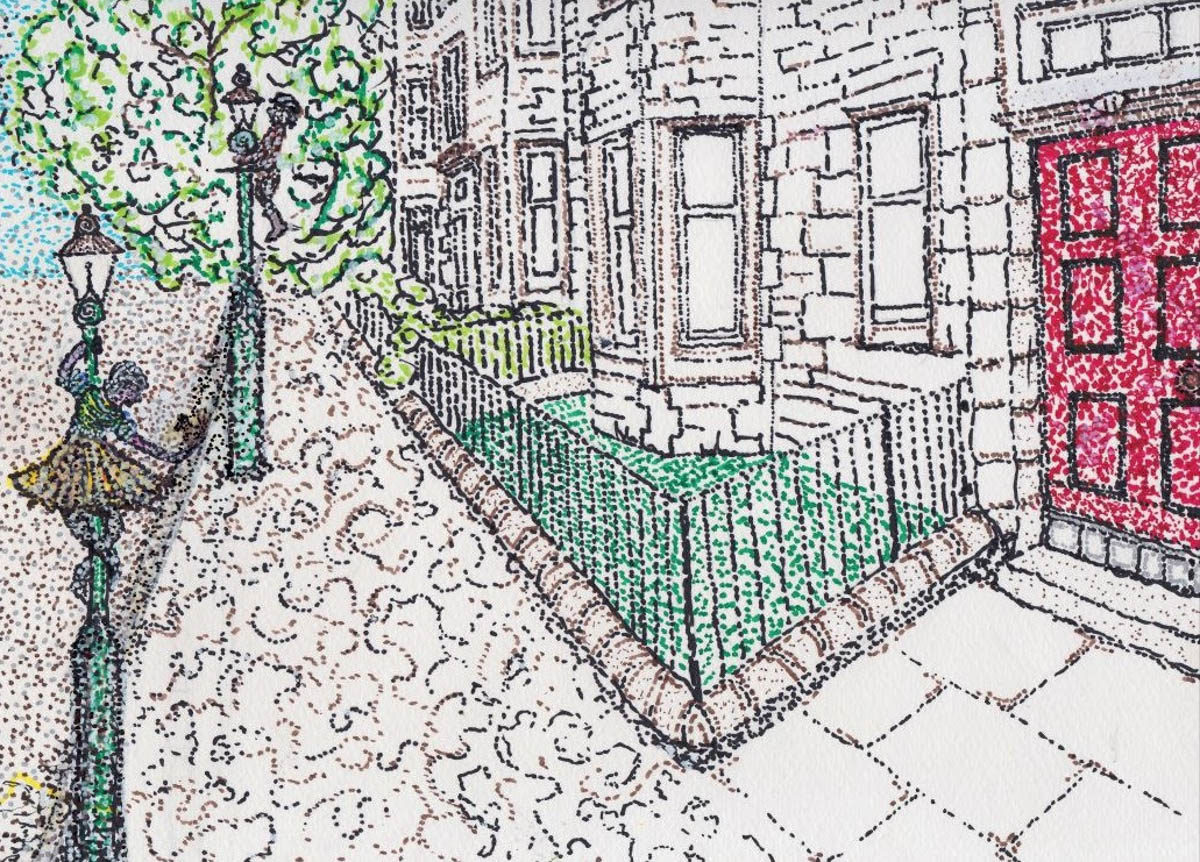 A new project has been announced by Capital Theatres developed in partnership with Traverse Theatre which is aimed at people with a lived experience of dementia and older people experiencing isolation and sensory deprivation.

Delivered to care homes in and around Edinburgh as well as to individuals who are living in the community, the audio play was devised in lieu of the annual Capital Theatres’s Care Settings Theatre Tour which had to be cancelled due to the Covid-19 pandemic and it also follows on the success of Sundown Stories, a series of short, calming stories written by and for people living with dementia.

Set in iconic Edinburgh locations – from summertime in the Meadows after the war, to a Beatles gig in the ABC on Lothian Road, Christmastime on the Mound in the 80s and ending up in the Port O’Leith after the turn of the millennium, ‘When The Sun Meets The Sky’ tracks Maggie through the decades as she discovers herself, her city and tries to get to the bottom of a mystery that’s eluded her since childhood.

From the Traverse Theatre, Jack Nurse, Artist in Residence (Creative Development) and Robbie Gordon, Creative Development Producer, led the creative aspect of developing the play, working very closely with Creative Contributors – people living with dementia, their family and friends, carers and ex-carers. Creative Contributors were instrumental not only in developing the script for the play by sharing their personal stories but also informed casting, contributed artwork and had cameo roles in the play.

Dawn Irvine, Learning and Participation Co-ordinator (Dementia Friendly Projects) said: “Undoubtedly, the global pandemic has put an unimaginable strain on care homes and those living with dementia, their families, carers and friends. Due to the lockdown restrictions, we weren’t able to deliver our usual creative engagement programme so decided to produce something that can be enjoyed remotely and included craft activities and sensory resources to be enjoyed by residents and staff.

“We are very pleased to now be able to share the audio play with public: a quality, creative experience that is shaped by and for people living with dementia. We hope that through this project they will feel encouraged to share their own personal stories and ultimately, feel more empowered and connected to those around them which is more important now than ever before.”

Linda Crooks, Traverse Theatre Executive Producer said: “We are delighted to have partnered with Capital Theatres on this project that speaks powerfully to our commitment of finding creative and meaningful ways for our artists to engage with our audiences and our city with work that seeks to bring communities together during these isolating times.

COVID-19 has had an undeniable impact on those living with dementia, their carers, family and friends. Created for and with people living with dementia in Edinburgh, we hope that ‘When The Sun Meets The Sky’ will offer listeners those much needed moments of connection, while also sharing a beautiful story that’s very much rooted in our city.”

Kathryn Bailey Activities Coordinator at the Elms Nursing Home said: “The residents at the Elms have benefitted from the thoughtful collection of dementia-friendly activities produced by Dawn Irvine and the team at Capital Theatres. Covid restrictions presented challenges which they overcame with creative alternatives including audio-visual Tea Parties, Sundowning Stories and, most recently, a radio play.

“Residents have positively benefited from all activities and were delighted to be included by the writers of the radio play’s research and to proof-read the drafts of the play as they developed. These activities have prompted meaningful conversations, reminiscence and joy in the moment. One of our residents, Joyce Miller, inspired the development of climbing lamp post idea and has worked on a sketch of the scene by adding colour and pattern in a pointillism style.”

Capital Theatres has over 5 years of experience in working creatively with persons living with dementia, the creation of dementia friendly performances as well as trained staff who are knowledgeable about dementia inclusive practice and dementia enablement. Traverse Theatre is Scotland’s leading new writing theatre and expert in theatre production – recently also in audio play and podcast production.

During the Research & Development phase of the project, Capital Theatres’ team carried out extensive consultations with care homes staff, people living with dementia and their loved ones with whom they have developed a relationship over the years through various projects. The feedback was extremely positive.

Interviewees were very keen on increasing the level of creative engagement in their everyday life – something that has substantially diminished over the past 12 months due to the lockdown restrictions. They were highly supportive of a radio play as an opportunity for people to engage in either large or small groups or individually as well as support those with visual impairments to enjoy creative work not reliant on sight.

They also appreciated that radio play could be enjoyed with minimal need for care staff intervention and is a resource that can be used over and again. The episodes of the audio play can be enjoyed individually or as part of a larger, connected story. Delivered in a relaxed, conversational manner with no loud noises or loud music, the audio play focuses on real stories and narration that is easy to follow, without hindrance of sub plots or many characters.

The audio play will be available to experience for free on the Capital Theatres’ YouTube channel and Traverse Theatre website from Tuesday 4th May. In order to make it as accessible as possible, Capital Theatres’ team has produced a transcribed version, a large print version and will provide CDs and DVDs to those without Internet access.

The audio play will be distributed among Edinburgh and Lothians care homes and people living with dementia in their own homes. Capital Theatres and Traverse Theatre would like to encourage those who are interested in experiencing the project to get in touch by emailing dawn.irvine@capitaltheatres.com.

To further enhance the experience, Capital Theatres has produced a number of sensory packs which will be distributed to care homes and individuals alongside the play. These packs will include items relating to the stories that can be touched or smelled like a small bottle containing an essence of a smell of freshly cut grass. The packs will also provide a list of conversation starters to encourage listeners to delve deeper into the themes explored in the play and share their own experiences. The team has also produced an easy guide to making your own sensory pack at home.

The cast of ‘When the Sun Meets the Sky’ includes popular stage and tv actor Irene Allan, known for her roles in Taggart and Doctors – Maureen Beattie, Mason Clarke-Whale, a second year BA Acting student at RCS, River City and Taggart-regular Tam Dean Burn, playwright and actor Robbie Gordon, actor, musician and singer Rebekah Lumsden and Rehanna Macdonald, known for her work with Richard Burton Company and Stellar Quines, among others.

A free, digital, public event taking place on Thu 6 May will give those interested in learning more about the process of creating ‘When The Sun Meets The Sky’ an exclusive access to the behind-the-scenes. Featuring Dawn Irvine, Dementia Friendly Co-ordinator at Capital Theatres, from the Traverse Theatre, Robbie Gordon, Creative Development Producer and Artist in Residence, Jack Nurse as well as Ian Laurence, one of the Creative Contributors, this special digital event will be hosted on Capital Theatres’ website. Tickets are available to book now under this link: Zoom Event: Adapted for Isolation – Capital Theatres

Featured Image is a promotion poster for the project featuring an illustration by Joyce Miller, a resident at Elms Nursing Home, produced with help from activity coordinator Kathryn Bailey. Joyce’s story features in the audio play.